- added an API for the the FurnaceHeater
- this fixes the dupe with Natura's Netherrack Furnace
- adds compatability for Thaucmraft's Alchemical Furnace
- adds compatability for CuttingEdge's Evaporator
- added the "Qrow" Shader
- fixed energy not being transmitted (thanks cobra)
- fixed minecart shaders not syncing on servers (thanks cobra)
- fixed NPE upon joining servers
- updated zh_CN.lang
Click to expand...

new day, new update, and today it's @ InfinityRaider with AgriCraft

and a little heads up, I'll be on vacation from the 14th till the 21st of december, so I won't be doing updates during that time. I'll be back to doing updates on the 22nd of december.
Reactions: Fixided, SuperSandro2000, DreamMasterXXL and 5 others
Y

and @lumien with Random Things 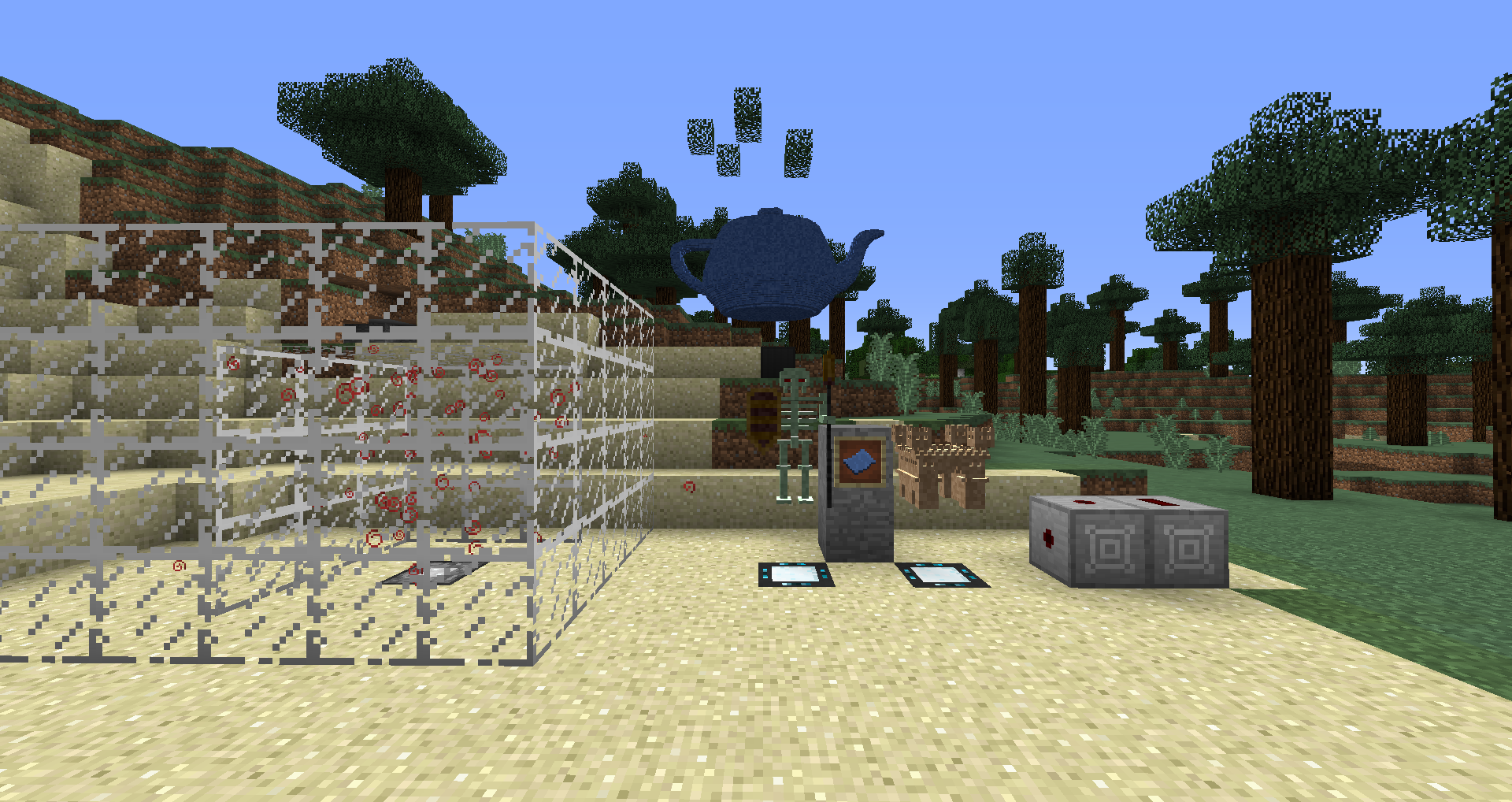 
* Added a /wandOops command to undo the previous wand action.
Also, Waila has been updated to minecraft version 1.8.8 by @girafistudios

All credits go to @girafistudios for this release. He made the port
Last edited: Dec 14, 2015
Reactions: Yusunoha, DreamMasterXXL, Fixided and 4 others

With mr. Yusunoha gone i decided to rule the world and to conquer space! Ofc with Advanced Rocketry(update) by zmaster587

Well, since our resident no-lifer *cough cough* @Yusunoha *cough* is gone, here are some updates and new mods. We'll start with a new mod!

Funwayguy with BetterQuesting, which looks like a promising alternative to HQM

- Importers for other mods (Requires expansions)

- Skyrim-like notifications when quests are complete

I have released a new mod, ChaoticKarma. Get it at CurseForge. Documentation is currently being made on the FTB Gamepedia.
Reactions: Yusunoha, theflogat, DreamMasterXXL and 3 others
F

PneumaticCraft
This mod needs a logo :/
I want to post big pics not highlighted bold words

Moreover, by the same guy who helped update Ender IO (Henry Loenwind)
Ender IO Addons
Prepare yourself for one heck of a changelog. Viewer Discretion Advised.

I'll be honest, I peed myself a little.
Reactions: Yusunoha, Sangar, VictiniX888 and 6 others
N

Master Yusunoha, your cat is doing the thing again.

Totemic 0.6.0
It now has a more-or-less fancy HUD that appears when you are near a Totem pole that is performing a ceremony. It looks like this:

It shows you how much time you have left and how much music you still need to play to pull the ceremony off. Much better than looking at the Waila tooltip or right-clicking the staff all the time in my opinion.

Also some other minor improvements, such as a config GUI.
Last edited: Dec 18, 2015
Reactions: Yusunoha, DreamMasterXXL, Lyra_Chan and 1 other person
V

New small mod that is likely going to grow. Adds hammers for a vanilla tool sets as well as the tool sets introduced in Thermal Foundation and EnderIO's Dark Steel.
The Dark Hammer is upgradeable in exactly the same fashion that the EnderIO dark steel items are, check the tooltip out for info on that. 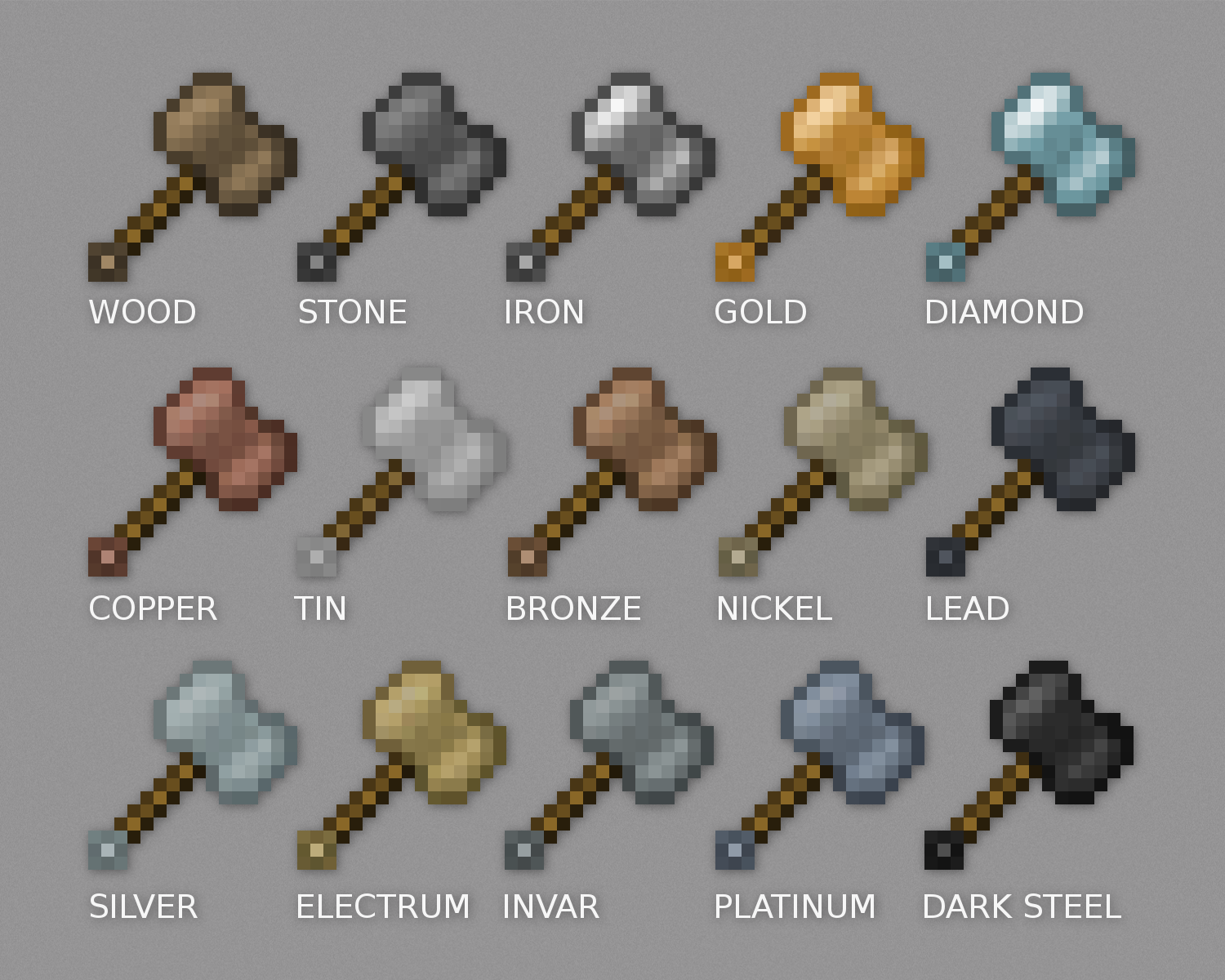 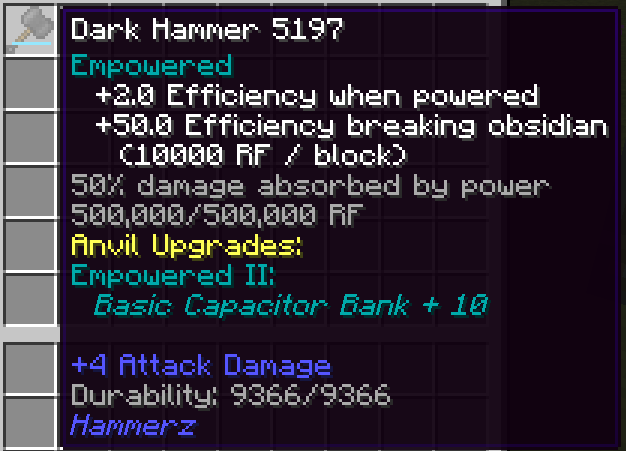 Now... let's see what happened while I (and everybody else, it seems) was asleep.

JEIAddons have also been updated for the lastest JEI

ProjectE 1.1.2 for Minecraft 1.8 is now live on the Curse Client and at: http://minecraft.curseforge.com/mc-mods/226410-projecte/files

###Version 1.8-PE1.1.2
* NOTICE: When reporting issues on the tracker please be sure to tag them as 1.8
* FIXED: setEMC command on held items
* FIXED: Fake items being pulled from the pedestal
Click to expand...

In short: multi-block computers programmable in ASM. In long: here's an image gallery introducing the basics. 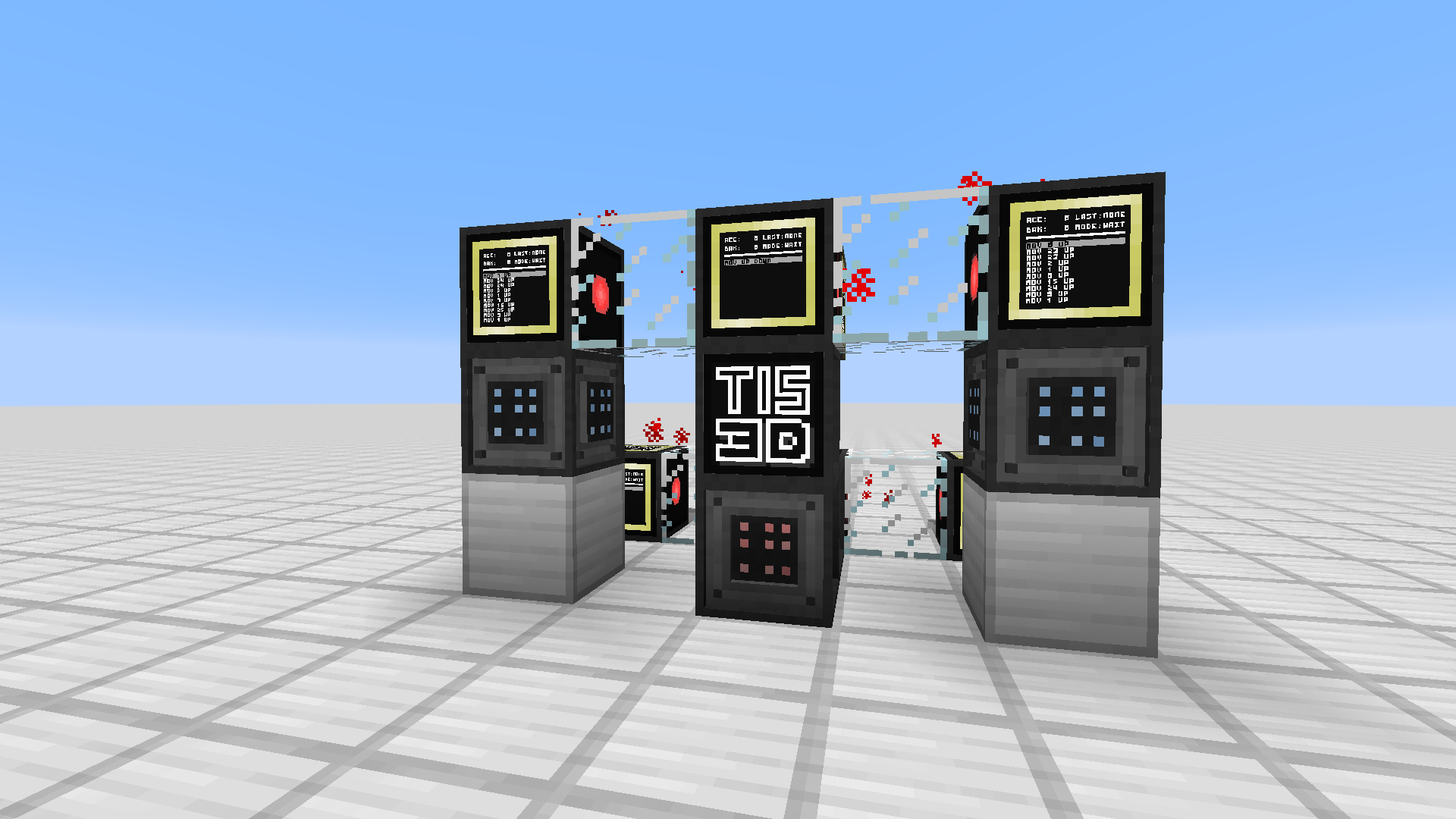 Fun fact: 1.8.8 versions of these mods are getting more downloads than the 1.8 versions
Reactions: theflogat, DreamMasterXXL, SuperSandro2000 and 1 other person
V 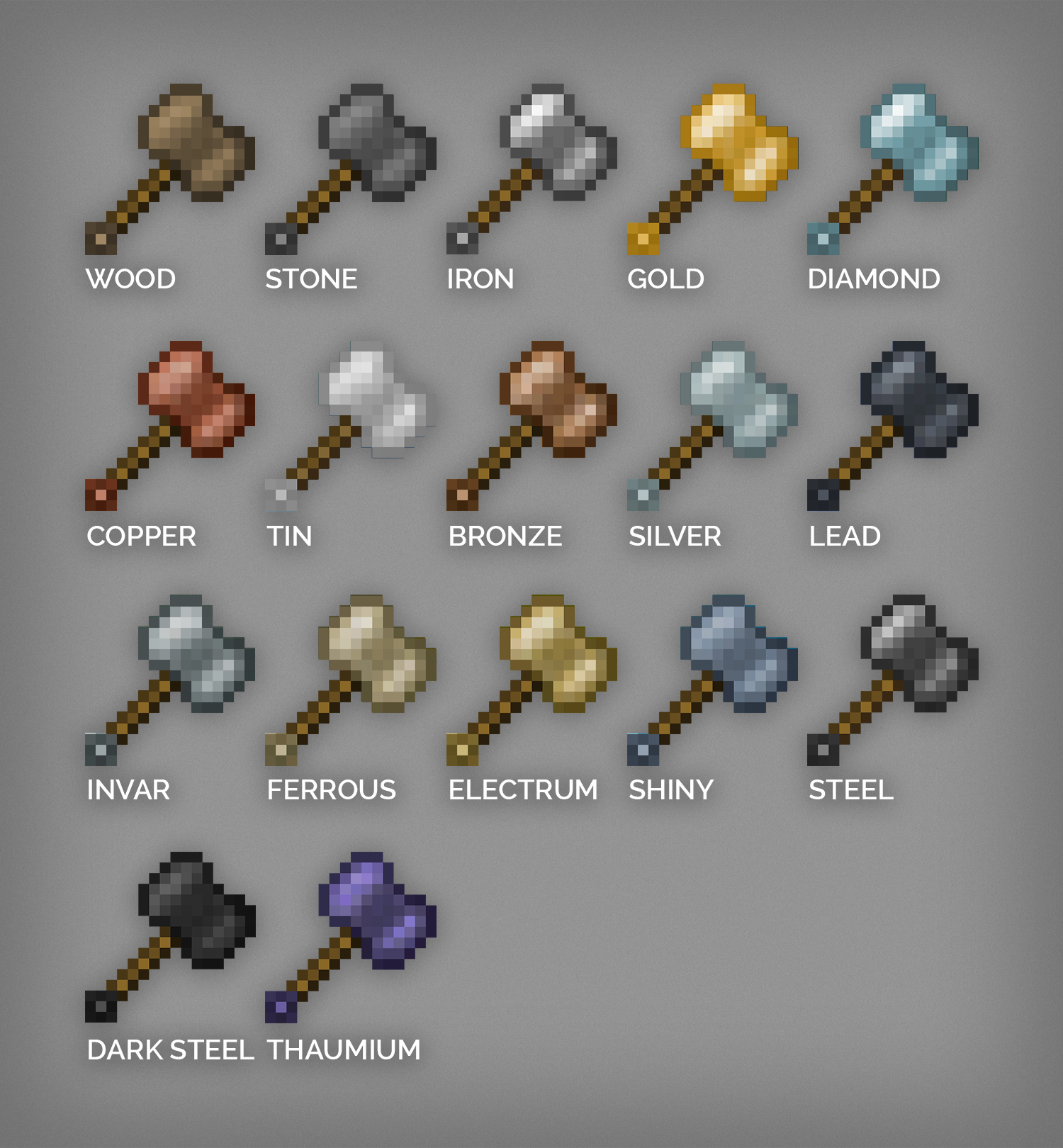 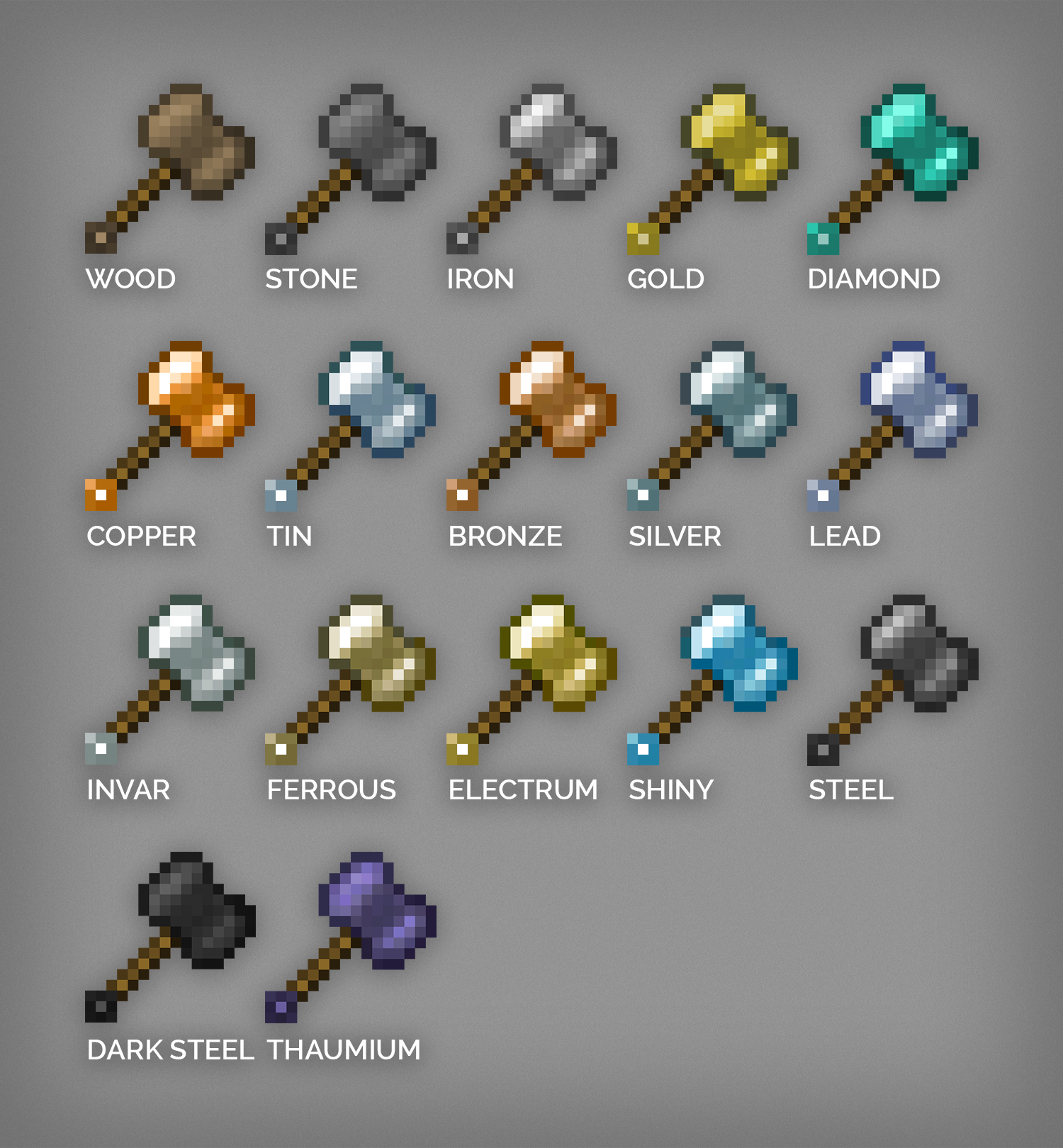