new day, new update, and today it's @Azanor with Baubles

and @jaquadro with Garden Stuff 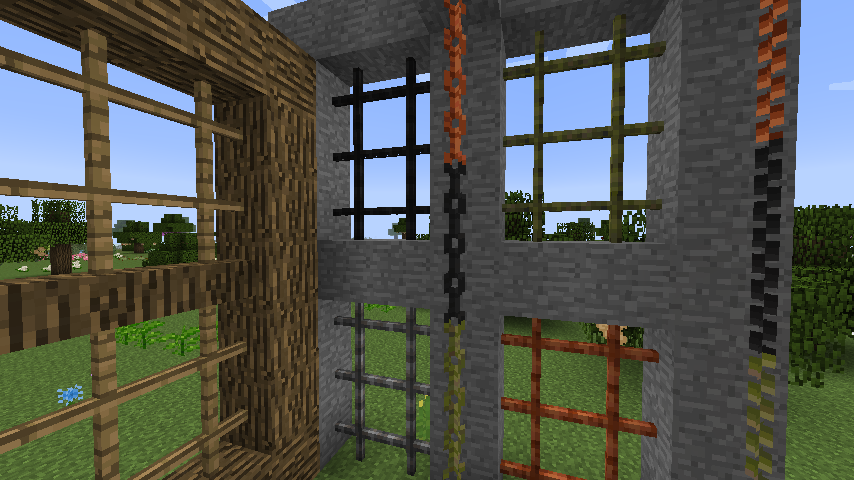 and @Benimatic with Twilight Forest

and @Ferdz with Placeable Items

Ferdz said:
Placeable Items 1.2
This new version allows the player to place:
This version also adds a few tweaks such as:

and @10paktimbits with Plant Mega Pack

and @Kobata with Inventory Tweaks

You can say that again. It looks like it would cause every plant to tick and massive block updates all the time.
L

Grass dying when you walk over it often? Seems annoying to me I would need something else as floor covering in the frontyard
V

Greetings, fellow Thaumaturge!
Welcome to WitchingGadgets, an addon for Thaumcraft 4.

This is a mod I have been working on since Thaumcraft was in 1.6.4 and I have finally moved to a stage at which I'm comfortable with releasing it. So now you get to play with it and find all the bugs I probably overlooked!

Unlike some more specifically themed addons, Witching Gadgets aims to be for one a more general expansion to Thaumcraft as well as a crossover mod between Thaumcraft and various others! This means that with my content I tried to stay as much "in-feel" with Thaumcraft's original design while still adding my own touch (like terrible puns and references in the texts). And because I'm a fan of combining mods for best effect, I added a lot of cross-mod support for Tinker's Construct, Botania, Railcraft and the likes.

The original, Thaumcraft-inspired content of this mod is meant to be played alongside the main mod, so it ranges through all tech tiers.
For example, we have the Thaumic Stone Extruder, which is basically just a magical cobblegen...because really no magic mod adds one. x3
Or the Essentia Pump, which allows you to draw Essentia from a mirror and insert it back into a tube system!
Or maybe something more advanced, like the Arcane Terrestrial Reformer, which allows you to change the biome around you to six basic environments, by use of Essentia and Terra Vis! 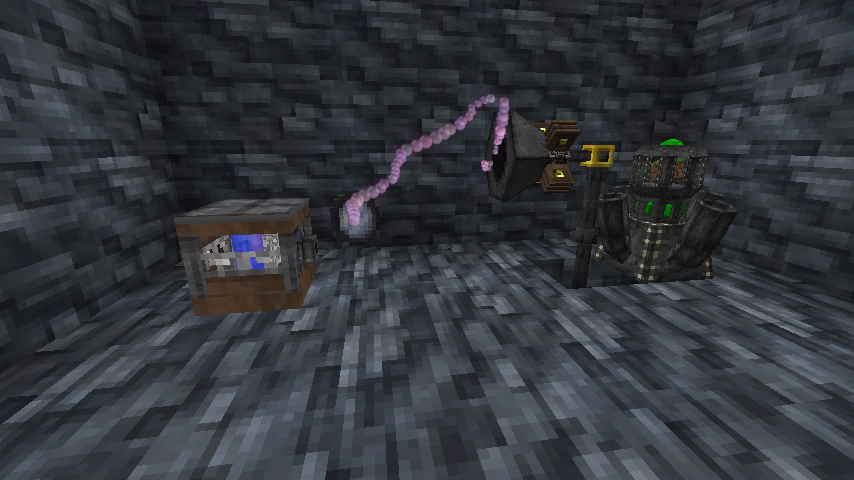 Or, my personal favourites of original content: My custom Baubles. I have written an "extension" of Baubles already, Traveller's Gear, and this mod now actually makes use of its slots! It add 4 magically enhanced cloaks, 2 pauldrons and 2 vambraces, and a ring, each of them with effects not so commonly seen in other mods, like knockback resistance, fast ladder-climbing or a fortune+looting improvement! 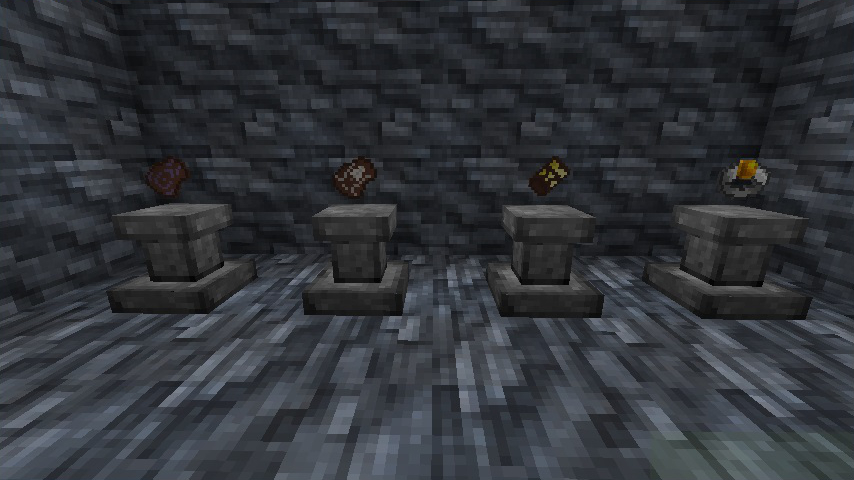 Lastly I'd like to present a simple, but quite useful addition to the Thaumonomicon: 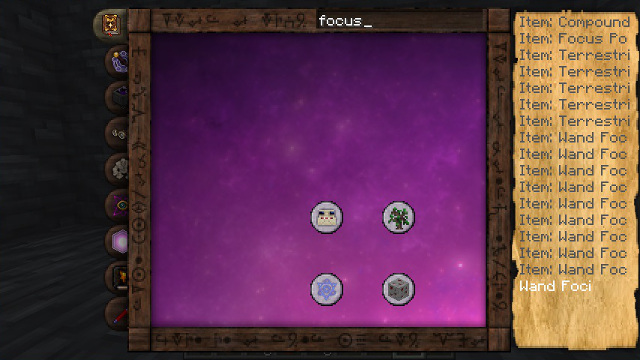 A search bar! You can now search for researches, and it will even find them based on the recipe outputs the research contains!

As stated before, I like to combine mods to get the best effects of both. As such, I added a bunch of cross-mod interaction between this and other mods. This ranges from basic (by by today's standards obligatory) OreDictionary use to more advanced stuff.
My personal favourite however is the Infernal Blast Furnace: 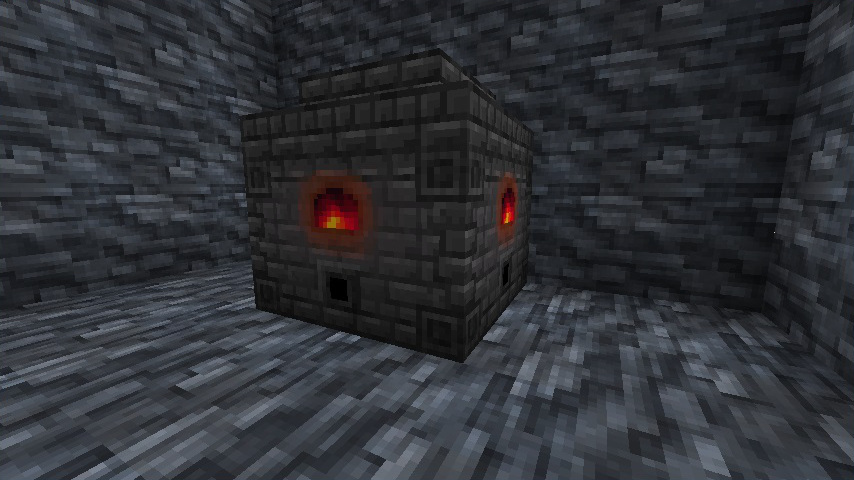 This artistic masterpiece was designed by Mr. Damien Hazard, the artist also responsible for Thaumcraft's Crimson Cultists as well as the Fortress Armor and many others. He designed his thing on a whim and I decided to implement it for him!
This thing will smelt iron into steel, but it will do so like an Infernal Furnace would, using magical energies like Essentia and Vis. It can also accept bellows to run faster. Further more it will be able to smelt Thaumcraft's Native Clusters into whopping three ingots!
It also has full NEI and Minetweaker support. =3


Talking about native Clusters, this mod adds quite a few! And it builds them dynamically, based on the ore dictionary. This means that it will analyse the ore-texture and create the cluster accordingly: 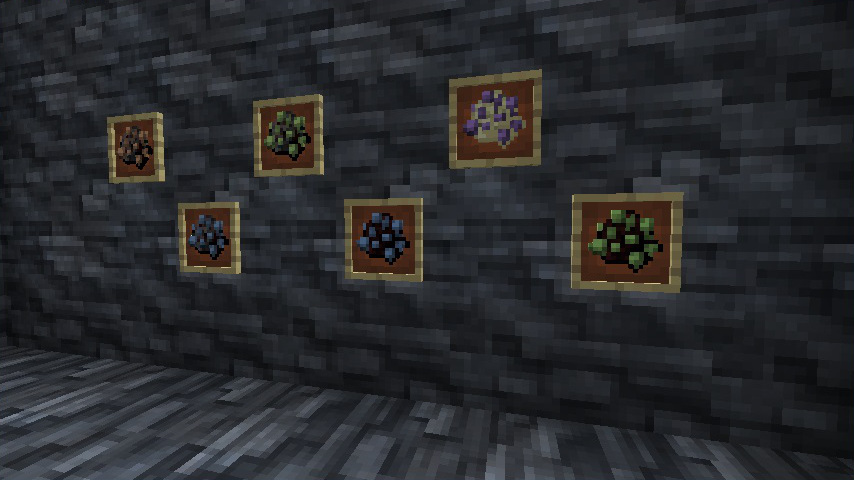 As you can see, it event differentiates Stone-,Netherrack- and Endstone-based ores.
It supports all TCon ores, Metallurgy 4, Nickel (Ferrous) and Dark Iron from Factorization!
Oh, they can also smelt into 3 ingots in a TCon Smeltery. That amount is configurable =P


Lastly, one of the features I sank quite a bit of time into: Forge Multiparts. Thaumcraft's Essentia Tubes now work as Multiparts and can be covered and jacketed! They still work the same, except for the fact that depending on the covers used, they will not connect! 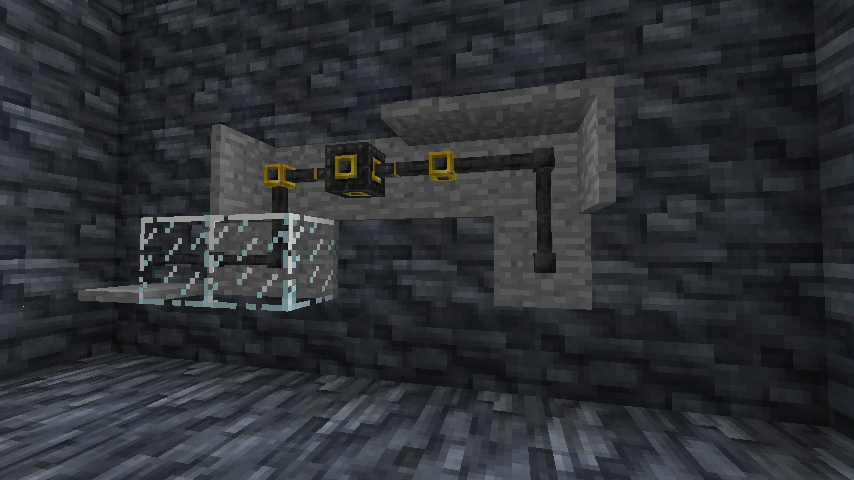 Oh, also, if you've played with Botania's new cosmetic additions, like the tiny potato mask or the bowtie: You can add those to any of my baubles, as well as all Traveller's Gear items =3
Click to expand...

this would be a cool addition to my mod pack :3
S

Olympia, as a thing, is a mod/api designed to add large numbers of blocks, items, and more in a consistent manner. With Olympia you'll be able to register several "flavours" of metal, wood, stone, gem, and so on.

Here's an example: All I've done is provide all the textures that Olympia will need, and registered the metal "Mythril". Here's what an NEI screenshot of all the blocks and items generated by Olympia, just by me typing out one line. 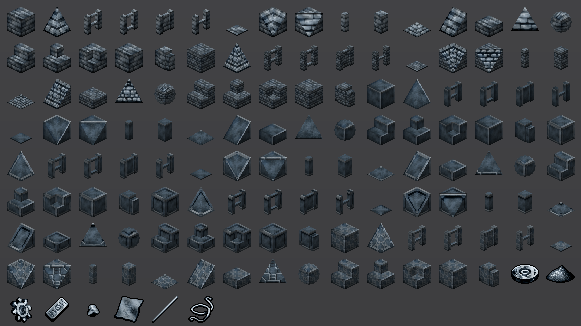 As you can see, we have several shapes for each pattern/flavour combination. I won't go into detail about what each of them can do just yet, but suffice it to say that your creative palette is VASTLY expanded with these shapes. Stay tuned for more information on these here shapes.
Meet the Content...
Below is just a handful of examples of all the blocks that I've added to my minecraft using Olympia. On default windowed screen size and normal GUI sizing, NEI has 265 pages of Olympia content THUS FAR.

First, the various patterns generated when you register a flavour. This example is Titanium
Brick, Bullion, Machined, Panel, Plate, Tile

Here's what flavours I have registered so far. The example here is JUST the Plate pattern. 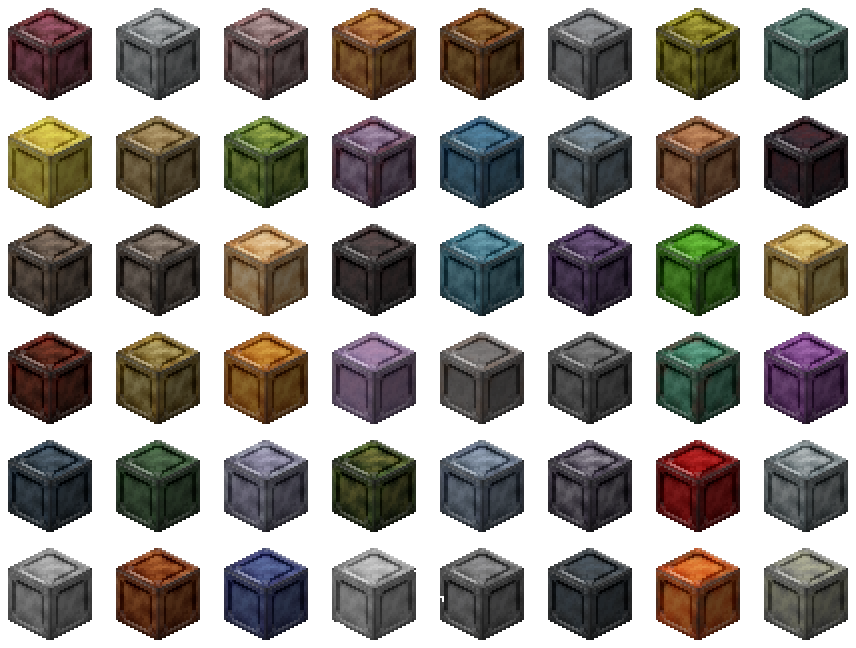 And the flavours so far, using the Hewn Pattern for example purposes 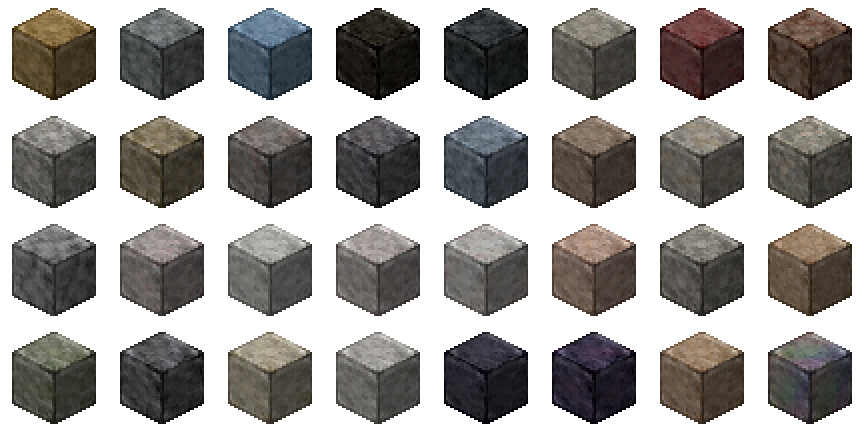 Wood only uses three patterns (but a fourth pattern is in the works)
Boards, Planks, Slats

And the flavours I have registered so far... 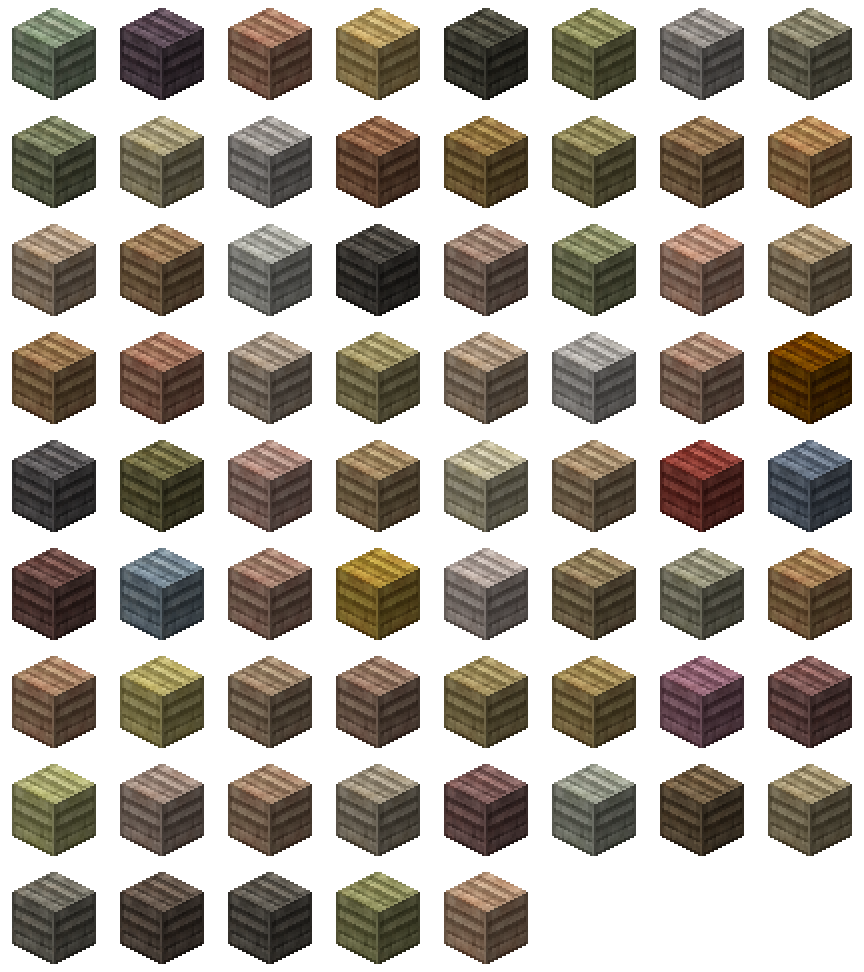 Gem patterns are as follows
Cut, Fancy, Rough, and Smooth

And the flavours registered thus far....

Coming Soon...
Decoration items - items that you attach to the side of blocks for even more decorative power.
Lanterns - a wide palette of styles and colors above and beyond the 16-colors of Vanilla Minecraft.
Large Doors - 3-blocks wide and 5 blocks tall. Huge number of combinations based on the wood and metal flavours.
Special Blocks - wierd stuff that you can only see to believe, including Windmills, Waterwheels, and much more.


Sneak peek...
remember some of those wierd blocks I was telling you about, well, here's just a couple to show off.

On the left is a pair of Avernian Gates (inspired by an old JRPG called Xenogears and it's spinoff Xenosaga). Each registered flavour gets an Avernian Gate. On the right is a few Pylons (obviously inspired by Starcraft and Botania). Each Metal/Gem flavour combination gets a pylon. To the extreme right: a very happy horse.
Click to expand...

New piece of work from Damien hazard , continuation of the botania armor overhaul. This time it's https://twitter.com/Damien_hazard/status/572436730835537920 Manasteeel and my oh my is it lookin fine~
Reactions: LivingAngryCheese, VictiniX888, Yusunoha and 2 others
E

But just so you know, that link doesn't actually lead anywhere.
Reactions: 1SDAN and Yulife
S

Eruantien said:
But just so you know, that link doesn't actually lead anywhere.
Click to expand...

Darn, thats weird, it worked a little bit ago

I don't think we saw this Olympia news:

Latest news: Block count now sits at 53,217 and Item count is at 1,253. This is thanks mostly to several thousand flavours of chests, mushrooms, and flowers. Pictures to come soon. 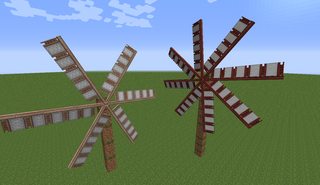 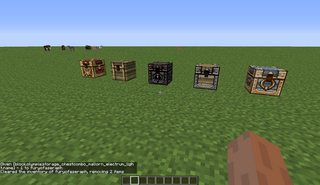 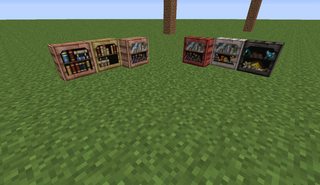 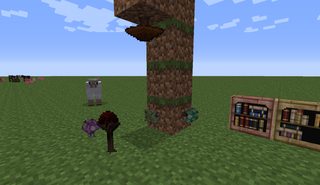 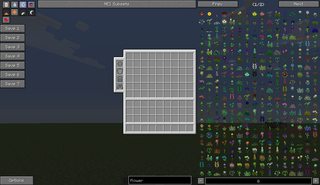 Next big thing to be added: Large Doors (3 blocks wide and 4 blocks tall)
Click to expand...

EDIT: added another combination of chests, we're at 63,437
Click to expand... 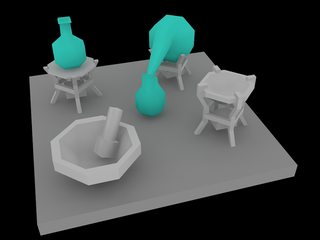 Alchemy lab. It doesn't do anything yet, but it'll look pretty!
Click to expand...

I don't see why it wouldn't support a texture pack, like any other mod - just bear in mind how many textures you're going to have to replace...

Alchemy lab model is done. No variations or anything, just a single block all on its lonesome:

Next up: Jewellers Workbench and Writing Desk: another pair of devices that don't DO anything yet, but will in the future.
Click to expand... 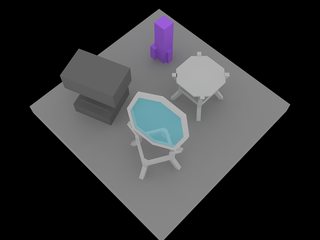 My partner says I have a problem: I like blocks that float, spin slowly (preferably with two parts going in opposite directions) and go "fworp fworp". 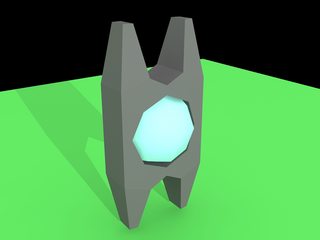 New block to be added. The center sphere will be a crystal, the outer container will be metal. This is in honor of Homeworld Remastered coming out yesterday. It's called a "core" and will probably end up as a power source or a crafting interface of a very specialized nature or something. Who knows.
Click to expand...

Don't forget the Avernian gate in my first post. Like I said: my touchstone for a lot of the higher-tech looking stuff is an old game calle Xenogears. It has an awesome blending of low and high tech that is incredibly appealing. I'd love to see someone do a Solaris build.

On that note, the high-tech-looking metal blocks got a makeover. 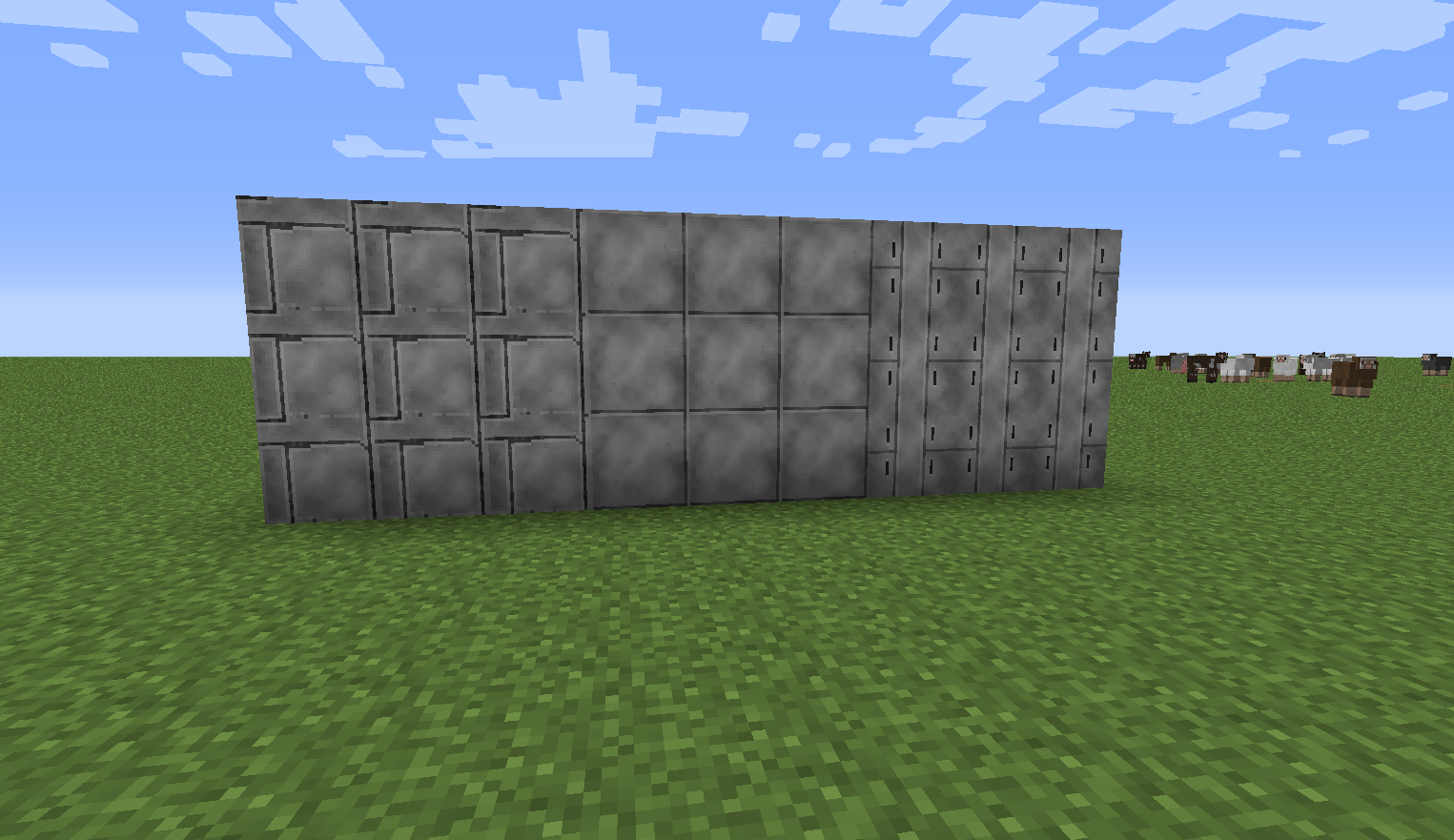 I have hit one problem with TESRs: Depth Sorting. I need to find a way to get the TESRs to render in the order from farthest-from player to closest to player. I saw someone did it, but I haven't adapted it yet.
First, the Core, then small chests, then the depth sorting issue, then I start cleaning up code and adding in proper way to do things that aren't short-cut-like. I should probably add some creative tabs as well. Then I start re-implementing my decoration system, which you're going to love.
Click to expand...

... I approve of this grammar-correcting jibe. Yes good. 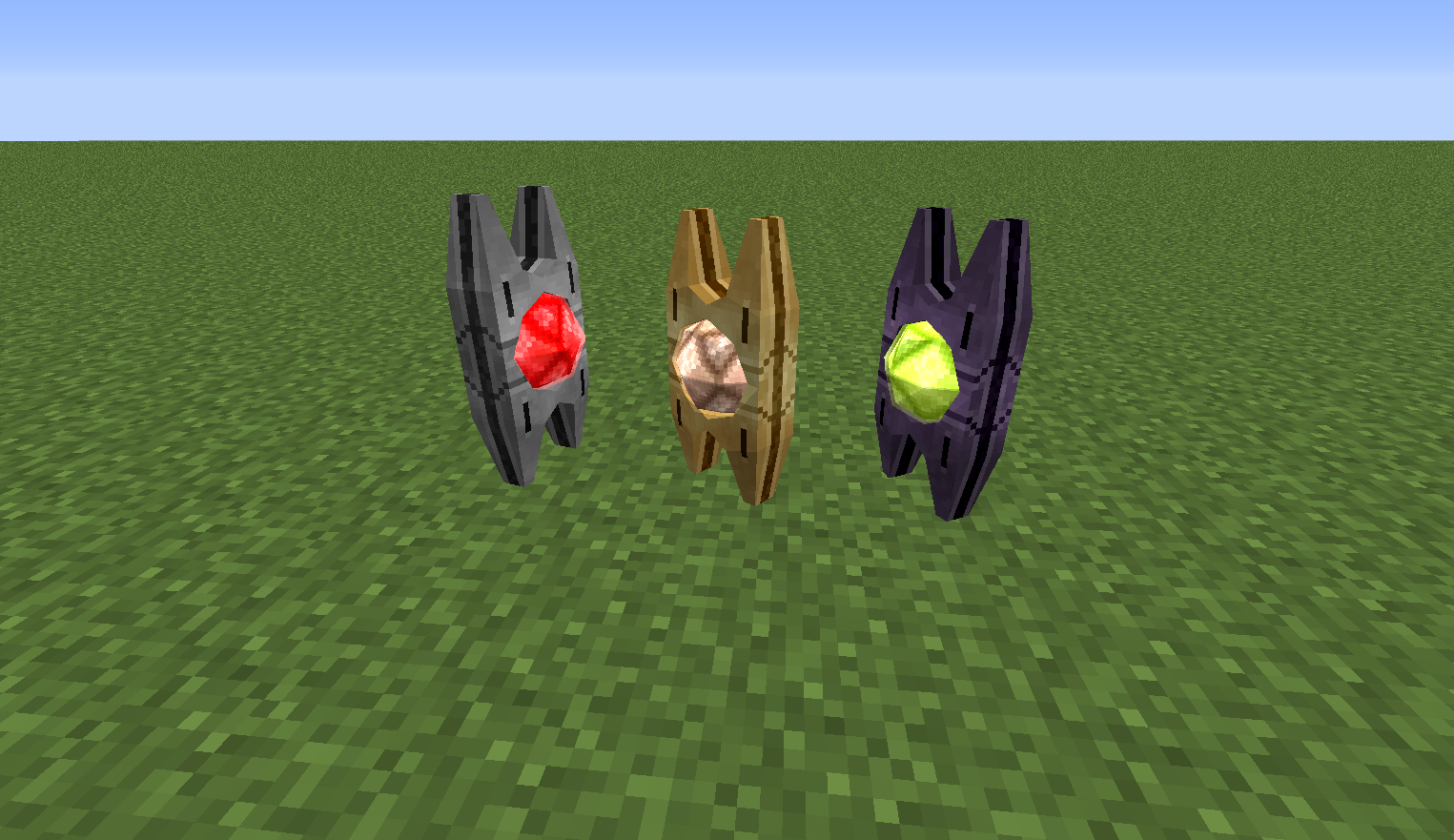 I finally cracked how Azanor did it: 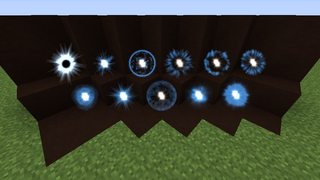 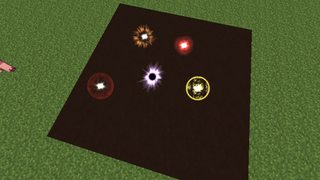 Oh, and something else I've been poking around with... 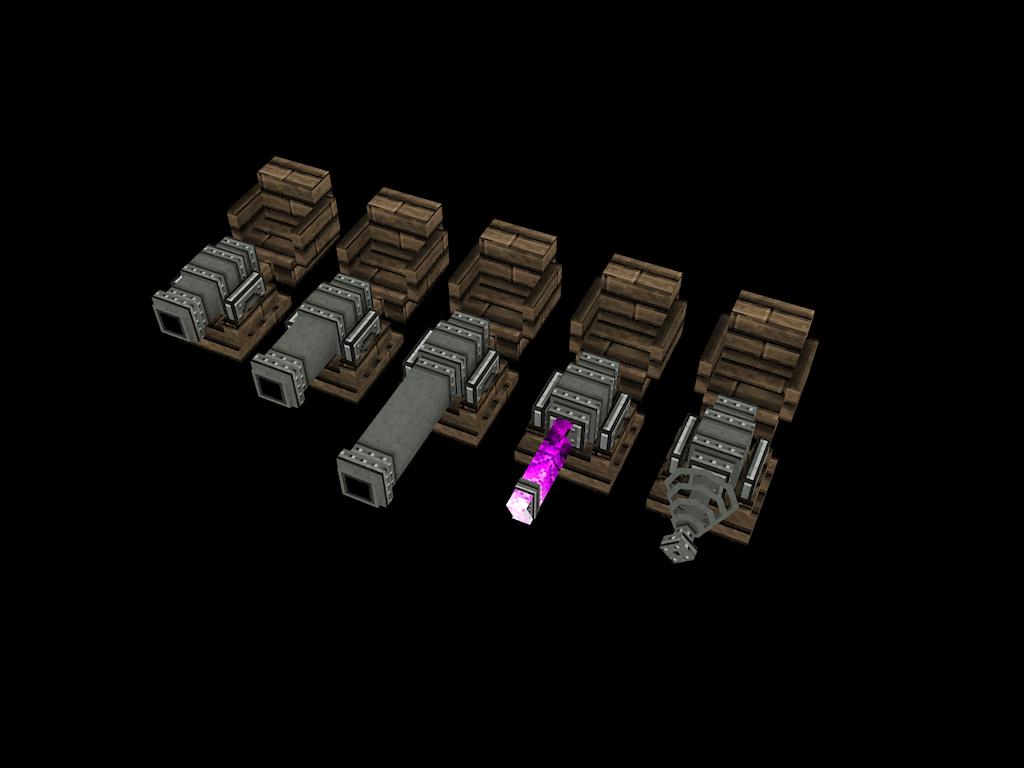 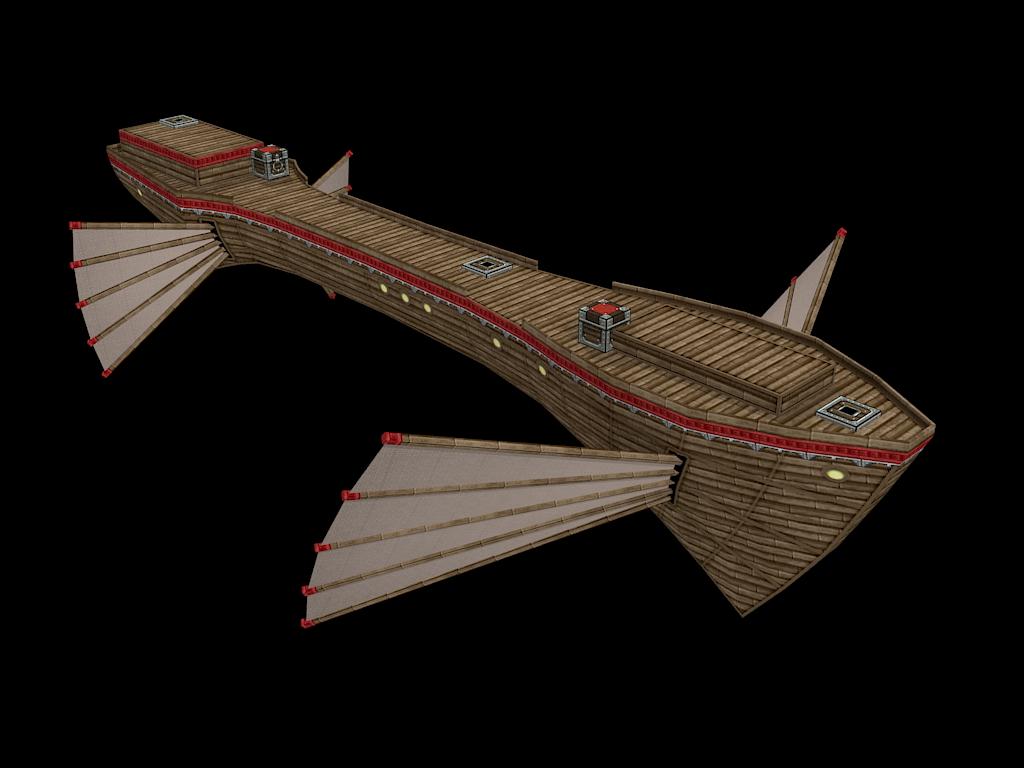 CarbonBasedGhost said:
I don't think we saw this Olympia news:
Click to expand...