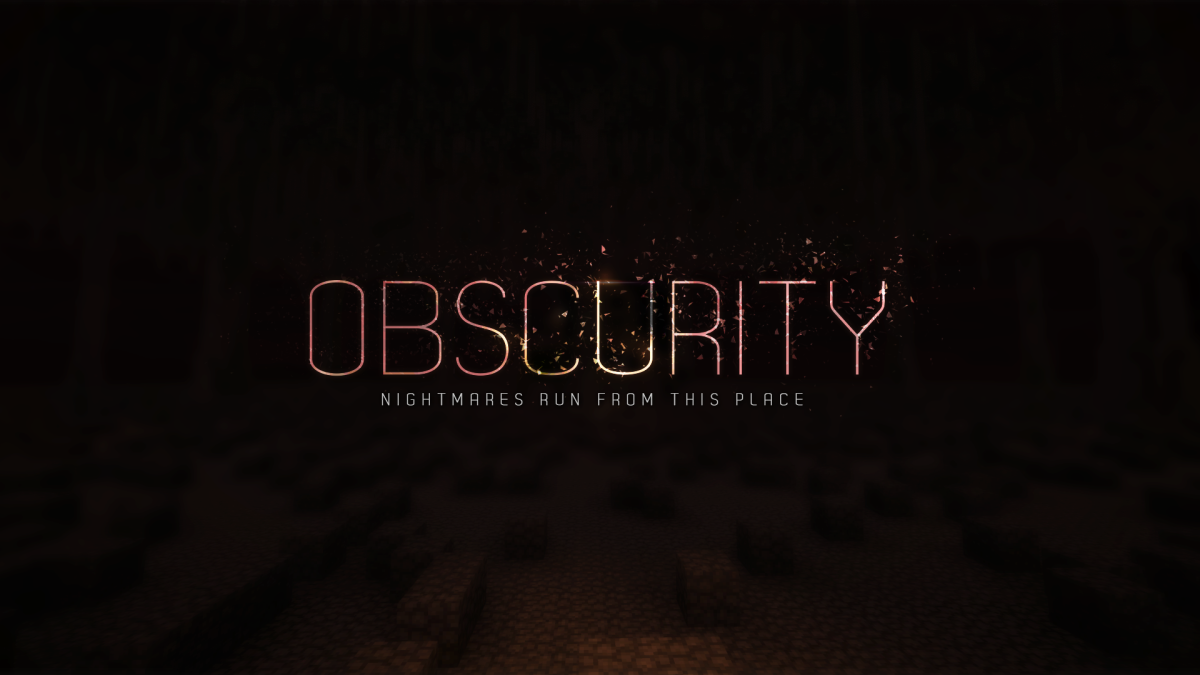 Obscurity
Nightmares Run From This Place

Winner of the FTB Competition...

PACK CODE: obscurity​
Story Introduction
Earth has begun to feel the effects of man’s hunger for resources and ruthless destruction of the environment. People have begun to worry about what will be left for the future. Something has to be done... A group of highly trained physicists have been working on something new and very dangerous... World Compression. Although our intention was to save the Earth it seems it may now be trapped. You are now the only one who can save us all. There’s no turning back, you must save the world as time is running out.

Obscurity is the first modification package by SnowShock & JohnnyMobbins. Created for Jampacked II, this lightweight, highly configured and aesthetically pleasing pack introduces a new level of survival where the darkness is the enemy and light is key to your survival. So what are you waiting for? Enter Obscurity and begin the journey to defeat the darkness and evil undead within the shadows. Good luck, the world's survival lies within your hands...

This amazing trailer was made by @AKTheKnight a big thank you to him for this.
Images
Imgur Album
Modlist

Main changelogs can be found by going to the files tab and clicking the version you are curious what the changes were. More changelogs are available on the GitHub repository here.
Issues & Issue Reporting

So you've found an issue with the pack? If you have, please make sure to report it on our issue tracker HERE! It's extremely important that you do for even the minuscule bugs because it's what makes the pack better and more of a smooth ride rather than a bumpy one. Any issues you report is extremely helpful and we are truly thankful for you doing so.
Permissions & Licence and Usage 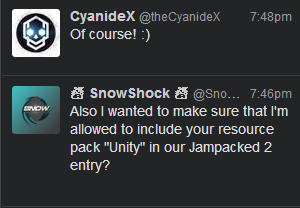 Credits
A huge thank you from the bottom of my heart for every single one of you making this project possible. I never thought I would've got this far so thanks for all the support and help you've given. An extra special thank you to Mr JohnnyMobbins for buying me a ticket to Minecon 2015 this year. You are freaking awesome mate, glad to have you as a friend and also glad we were able to make this pack together. -Snow

Will be available in 8 hours or so but right now this snowman needs some rest. Good night o/

SnowShock35 said:
And it's here.... Obscurity has arrived!!!

Will be available in 8 hours or so but right now this snowman needs some rest. Good night o/

But I wanna try it now...
Reactions: SnowShock35
P

When will the modpack be available, because the launcher say Invalide private pack ?
Reactions: SnowShock35

Boulepou said:
When will the modpack be available, because the launcher say Invalide private pack ?
Click to expand...

ASAP, finishing up the last few things for 1.1.5_Beta and then it will be submitted to the FTB Team.
T

will it be released 1-2 hours or what?
Reactions: SnowShock35

Unfortunately not, sorry
B

So when will it be release?
Reactions: SnowShock35
S

Spywerd said:
Boulepou asks a good question. It's kind of silly to put up a post telling people how to get your pack if it's impossible to get your pack.
Click to expand...

I'm just finishing up the map now guys. We had to rush a few things for the JamPacked submission. I want the first public version of the map to be a little more polished.

Should have a manual (MultiMC) version for you later tonight. Just need to run through some things with Snow when he wakes up. *Damn Timezones*

Thanks for checking out the pack guys, looking forward to getting it out there.
Reactions: SnowShock35
C

Hopefully pack is out soon, have been watching this thread for 3 days now waiting for it. I'm super excited and hyped. I will be doing a YouTube series on it. Best of luck on your entry, you have a super high chance of winning!
Reactions: SnowShock35
E

One of the best OP's I have seen so far all the required info is there plus the dev team & more all clear & concise, very professional, I may have a look at this one later if I have time after fitting my new bathroom...
Reactions: SnowShock35 and kalmondo
Y

This looks like a well built modpack. I am really eager to try it out. so hope its released really soon
Reactions: SnowShock35
A

Got a time from now of when it will be released?
Reactions: SnowShock35
S