You are using an out of date browser. It may not display this or other websites correctly.
You should upgrade or use an alternative browser.
B

Thank you to everyone who played this pack! 7 months on the launcher has accumulated some staggering statistics! As of 12/15/15:

You can still access the pack with pack code Hubris. Thanks!

Without giving too much of it away, this pack will challenge your combat and creative thinking as opposed to raw strength and gear. You have over 270 quests to complete, all pushing you to the end of the magic mods until their final integration. There are over seven different dungeon-type instances to explore and conquer providing mid and late game content when you "think" you are ready. Not only that, but technology will not help you outside of the magical arts. You will find yourself mastering the three schools of magic, Thaumcraft, Botania and Ars Magica, each balanced as a viable alternative to filling the equipment slots that are usually filled with tech and tinkers.


Description​
"We scoffed at the group that thought they could corrupt magic. Magic, as we knew it, was pure and "good". Always used to better the world, and we quickly advanced from it. We were wrong. A group of dark and thoughtless mages corrupted the essence, and with it came the taint. Uncontained, the taint spread until it destroyed everything in it's path. Only one mage remains, the master of the three magics. In order to protect what was left of the pure magic, the great mage put himself into stasis until the time came to revert the disaster. You awaken..."

If you intend on streaming or making a let's play of this series, please message me so that I can link you here! I love watching people play(more than actually playing).

Are you good at building? You can construct a ruin for the pack!

Information on how to store your ruins templates can be found here:http://www.minecraftforum.net/forum...-mods/1282339-ruins-structure-spawning-system

The build can consist of anything, a battle tower, dungeon, destroyed building, whatever! Direct message me with screenshots and a link to the download of the ruins file and I will take a peek!
Let's Play Series

1. HQM hates me.
2. If a world gets stuck at loading with the console spamming UPDATE CHECKER 1.8 Etc., remove the HQM folder in your worlds folder and restart.
3. If you are recieving a ticking player crash every time you log on, delete your NBT potion effects data and your player data and restart.
Changelog

Version 1.1.6 will be released later today. This is a non-crucial update, however I am updating Thaumic Infusion. If you have infused ANY blocks with thaumic infusion, they will be deleted in this update as the system is now being overhauled. You will also lose your research progress in the Thaumic Infusion section. The mod now adds a new focus called the focus of infusion that lets you infuse the space instead of infusing blocks in the matrix. This is cheaper, easier, and way more exciting. It has also added in an array of effects that the thaumnomnomicon would be happy to explain. If this breaks your save (though it shouldn't), revert to version 1.1.5 and revert your save from aroma backup.

I have also disabled the broken recipe check by Hardcore Ender Expansion. This is generally enabled by default to save people the effort from crashes, however it has a weird interaction with some mods such as agricraft and creates occasional issues. If you wish to enable this again, you must first reenable agricraft weeds.
Version 1.1.0
Version 1.0.0 - Official Release

Artifacts adds in wizardly tower structures full of traps, monsters, and more importantly, loot. That is not all, however, Artifacts adds in a unique armor/relic system in which you may find RNG rolled loot that has special properties and abilities. You can find Artifact items in the towers, and Artifact armor as a drop from mobs or in dungeon chests. You also have a very high chance of getting Artifact Diamond Armor from Infernal Mobs.

Is there a way to remove the taint?
Yes. You have over four ways to convert the biome and protect it, as well as ways to deal with the taint damage.

I hate infernal mobs!
This isn't a question, and you can remove it.

Can I add this mod without breaking the balance?
That isn't for me to decide. I created what I consider a balanced pack, but at the end of the day it is your game, do whatever feels good!

Can I change X into Y because of Z?
Yeah man, your game your rules.

Why don't you add this mod?!!?11?!?/!?1/1/1?
If you think a mod would fit in nicely, throw down a comment or send me a message. I try to respond and consider everything that is said in the thread. This pack was created and molded by your feed back - keep it coming!

I am lag
First make sure your render distance is lowered, this is important due to the amount of flux in the surrounding chunks. If your lag persists, try installing Optifine. I have tried to optimize the pack as much as possible, however it is hard to account for everyone's different computer, and the simple fact is that this pack is not friendly to low-end PCs.

Ticking Entity Crashes
Sometimes mods spawn really bad items or blocks that will crash the game. This sucks, but can easily by fixed by going into the forge config and enabling the removal of tile entities and regular entities. THIS SHOULD ONLY BE USED IF YOU CANNOT LOG INTO YOUR WORLD OR SERVER OR ARE EXPERIENCING FREQUENT CRASHES. THIS MAY CAUSE UNEXPECTED RESULTS IF LEFT ENABLED.
To Do List 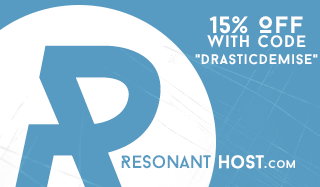 I would really love to play this, but I can't download it. Did something go wrong uploading it? I keep getting a can't download modpack error, no idea if/how that can be an error in my side. :c
D

Is it just me or is that intro reminiscent of avatar?
Reactions: Pudding01
X

Using the ATG world gen type screwed everything up, it took over ten minutes to actually generate the world and then it quit before loading. Looking at the log it seems to be gravestone at work, just lots of messages about generating catacombs. That said default works so I'm trying it properly now.
X

The idea was to allow the access to all quest lines at the same time and to not be cornered into one initially(after the basic line). To create leather from flesh required a little bit of an investment into the Botania line, and to access the other mods you require flesh to start. As it is now, even with Biome Tweaker to have animals spawn in Tainted Land, the spawn rate is extremely low due to the fibrous taint covering the grass blocks.
Reactions: ECDubbleyew
B

The pack has been updated to version 0.3.0
Infernal mobs has been added to bring a challenge to the dungeons and the overworld that Special Mobs doesn't completely fill.

Green Thumb is a utility mod, you can harvest crops by right clicking instead of breaking and replacing.

Nether Ores is to complete the small Nether section. Because ores are reduced in the overworld, the nether now has more incentive to players who wish to mine.
R

DrasticDemise said:
The pack has been updated to version 0.3.0
Infernal mobs has been added to bring a challenge to the dungeons and the overworld that Special Mobs doesn't completely fill.

Green Thumb is a utility mod, you can harvest crops by right clicking instead of breaking and replacing.

Nether Ores is to complete the small Nether section. Because ores are reduced in the overworld, the nether is now more incentive to players who wish to mine.
Click to expand...

Are the Nether inhabitants going to get nasty if we mine there?
Reactions: BaileyH
B

Rishenda said:
Are the Nether inhabitants going to get nasty if we mine there?
Click to expand...

Why of course my friend, zombie pigman take their treasures VERY seriously. Who are you to snoop around in their dimension?

Then again, who is to say they can see you? The nether has many caves and netherrack breaks quickly...if one were to strip mine of course.
U

DrasticDemise said:
As it is now, even with Biome Tweaker to have animals spawn in Tainted Land, the spawn rate is extremely low due to the fibrous taint covering the grass blocks.
Click to expand...

Speaking of, a pig wandered into my base. XD
Reactions: Pudding01 and BaileyH
P

Looking forward to this after it's updated a bi- You know what? Screw it! LEROYYYYYYYY JJJJENNNNNKIIIIIINNNSSSSS!!!!!!!!!!!!
Reactions: Lethosos and OniyaMCD
P

Also, why does the first quest need OAK planks?
B

The pack is intended to be played in Tainted Biomes so everything is balanced accordingly(and thus recommended you play in tainted or magical forest biomes and ignore anything else), however it is a known issue currently that Savanna Plateau M and Mega Taiga spawn normally.
Last edited: Apr 14, 2015
P

I found a pure node and have set up base above it, I hope it doesn't become corrupted!
J

DrasticDemise said:
The entire world is Tainted Land (Or at least should be. If you find land that is not, please let me know what type of biome it is). Early on you will not see much danger in it, the taint is currently set to spread at a 1/800th chance per block update. While it seems low, spending an excessive amount of time in one location will show a significant degradation in the environment, and with it scales the dangers in terms of mobs and flux damage. Don't worry, spending your time wisely will allow you to reverse the danger around you.
Click to expand...

Not much danger? Most of my first early game part is spent fleeing from the massive amounts of thaumic slimes, throwing all the goo they drop to avoid being poisoned by it, and avoiding the beaches as they tend to be filled with crusty ooze stuff that quickly turns into rivers of flux. Really it's the thaumic slimes that are the biggest pest, they spawn everywhere and combine with each other. By the dawn of the second day I had a 100 health slime sitting outside my base.

The best strategy I've found so far is to build offshore, it's fairly easy, keeps you close to land, and most importantly is basically immune to taint due to being offshore. Helped by the fact that beach/river/ocean biomes still spawn normally so they're not immediately infested by taint.
Reactions: Pudding01
V

There might be a conflict with adventurers backpack and the harvesting of crops. Harvested 2 onions and they disappeared. Both the harvest and one of my crops. At the moment food is to rare to test more though.
Edit: it's not the backpack, crops just disappear sometimes.
Last edited: Apr 14, 2015
B

Vanjykins said:
There might be a conflict with adventurers backpack and the harvesting of crops. Harvested 2 onions and they disappeared. Both the harvest and one of my crops. At the moment food is to rare to test more though.
Edit: it's not the backpack, crops just disappear sometimes.
Click to expand...

I have just tested this several different ways, with and without a backpack and I did not experience this problem. I have noticed at times Inventory Tweaks may make items invisible and hitting R to resort them will make items appear again.