*sobs* I'd like to say something... Eyamaz is a great guy, whenever you need him in teamspeak he is there 60% of the time, he... is a great rapper , I always take eyamaz's side in every argument and ... good riddance to that bastard >:D
Reactions: Not_Steve
M

Gahh! What is this an April Fools Pranks or not?!
V

masterz3992 said:
Gahh! What is this an April Fools Pranks or not?!
Click to expand...

No. Didn't you watch the video? Its 100% legit
Reactions: Not_Steve and Padfoote
N

It's April fools... and it's obvious that he's messing with us. The BnB pack and it's worldsaving coutnerpart has not been removed from the launcher yet. Calm your floodgates. Sure Jadecat can be annoying but THIS IS APRIL FOOLS MAN!
J

I can't tell if he is actually leaving or not. But the link SCREW YOU!!!
W 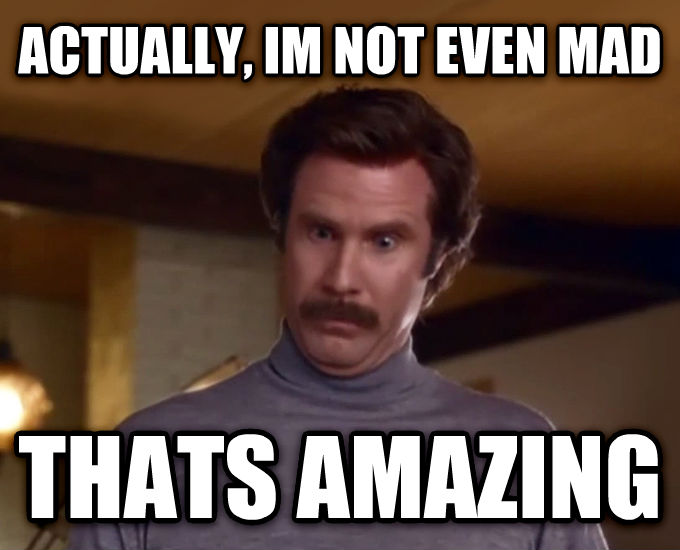 SERIOUSLY? All day. ALL BLOODY DAY, I've been on the lookout for April Fool's pranks. Every year, I refuse to be caught. I always am anyway. THIS year, I thought I was in the clear. Just when I let my guard down, think I'm safe, I open FTB and see this, and CLICKED ON THE HIGHLIGHTS.

Blast! Had to make an account here JUST TO TELL YOU THIS. Cheers!

King Lemming said:
Slow gave it away when he said that RF created instabilities. Good try, though.
Click to expand...

That was the give away for me too. I didn't even need to watch the video...

Well, Eyamaz, it was great knowing you in the short time you've been working your packs. I'm one of the few who touched your BnB pack before you even were part of the team. It's been a blessing having you in the community, but I hope you can better support your family with the cash from rapping, I hope you can become big, and, um, make an album or something.

Anyways, I'm very happy that slowpoke has selected me as the replacement team member, and I hope I can provide my earnest effort to match yours. I have a lot of spare time to contribute, so I'm already a step ahead. I can code a good bit of java, so I'm very knowledgeable about mods and stuff. I've never released a modpack before, but I have plenty yet to be released.

Me, jadedcat and slow have already began discussing the future, and we have decided that instead of removing all RF related mods, we would just remove every other mod in the modpack, because it's probably just a conflict or something along those lines. Next, we've privately talked to Ryan about buying the Atlauncher, and we've agreed on a good deal, with him joining our team and us taking his launcher and smacking our logo on it. And one last thing: we're going to sacrifice @Vazkii to please the god of death and take over the world with our florbs and our flux-infused swords. You aren't going to be included unfortunately, but we'll try to spare you if we can, in exchange for your previous commitment.

ynow the better animation mod enderman? when i clicked the video link i was one of those.
Reactions: Eyamaz

I'm not sure why, but your conversation with Slow and Jade was quite melodic in nature... You should change your names and form a band!

xbony2 said:
Well, Eyamaz, it was great knowing you in the short time you've been working your packs. I'm one of the few who touched your BnB pack before you even were part of the team. It's been a blessing having you in the community, but I hope you can better support your family with the cash from raping,
Click to expand...

OMGAWRD. And then realised it's april fools for you americans.

Fenghuang said:
The worst (best?) April Fools jokes are the ones where you're never quite sure if they're actually true or not
Click to expand...

This is absolutely one of those Fenghuang, i REALLY hope this is an april fool. But i dont think it is

Eyamaz and JC never got along. Honestly, this was bound to happen eventually. It was just a matter of time.
I

I literally almost lost all my @#*! on my laptop when I seen the news on the launcher, I hope it's a prank and not a decision that would stand. From watching Jaded streams its hard to say
R

damn @slowpoke sure has a nice singing voice, I almost thought it was actually Rick Astley singing the song
N

I thought this was real because you posted it at 5AM on the 2nd of April for me >.>

Then I watched the video.


I know Lawbroken's joke pages aren't allowed on the forums, but if they were I would be using them currently. I don't know which one, whichever was most offensive probably