This Pack is currently undergoing major changes to prep for the 2.0.0.0 release. Download at your own risk!

Join my discord at https://discord.gg/kru5nAm to discuss all things MCAdventureCity.

MCAdventureCity here. As the days of 1.7.10 fade on us and give way to 1.12.2 and beyond, I want to say farewell to our longest-lasting dominant modded version with a special pack. Therefore, I announce...

This pack will be designed to push 1.7.10 to its limits. I plan for it to have a semi-massive modlist (250 or so mods), Infinity Evolved-esque game modes, and quests.

Get the Pack at: https://minecraft.curseforge.com/projects/adg-omega-vii-golden-age

There will also be quests, based off the Challenge Mode recipes.

~~i mean what if mojang is all "oh man we are releasing 1.16 soon so ha modders eat our dust~~ seriously though i like this idea. the 1.7.10 era lasted a long time, and well deserves a gauntlet-esque pack to end off the 2+ year journey we had. (i wish it was possible to make a pack that had a mini gauntlet of all the best packs of the times but oh well, this is a good substitute).
P

Wow, not even my 16 gigs of ram (8 being allocated) were enough to get a framerate over 15, GG. Oh well, cant help that. Also I just noticed i am a well known member, idk how that happened.

I recommend Optifine, It surprisingly did not cause many issues when I used it.

I have good news: I am setting up an official Server for this modpack. More news coming when I edit this post!

EDIT: Due to technical problems, this is canceled.
Last edited: Jan 9, 2017
T

Is it possible to get this on the ftb launcher? I can't stand curse :/

No but you can use this tool: https://github.com/Vazkii/CMPDL/releases to download the pack for use in MultiMC.
S

It works for me, but I'll remove it in the next update.
A

downloading! wating for the quest like a little baby
R

I doubt my computer can handle this pack, but I wanna give a little advice anyway: If you can, it would help to put the mod list in alphabetical order.

Well I am using the Curse Launcher's Auto-Generated Modlist, but I can change to a different modlist tool if you wish.

i like the rotary craft,it`t harder to find a modpack that include it.
if you want to blance rotary and mekanism?
so,are there any serverfile?
few people want to play together.

No Chromaticraft? Why not?

I've heard it messes with the end, and I have HEE so didn't want the two to conflict.

Sent from my SAMSUNG-SM-T217A using Tapatalk

I have a sad announcement:

Due to a multitude of things, such as the decreasing popularity of 1.7.10, and a slow development process, I'm canceling this pack and moving on to 1.10.2 and 1.11.2 projects. I have a new team, and am going to be working on most new projects with them.

I have good news! Despite my earlier plans to cancel this pack, I have changed my mind and am getting back to work on it! Here are my general plans for the pack:
That's it! My first development log should be ready soon! 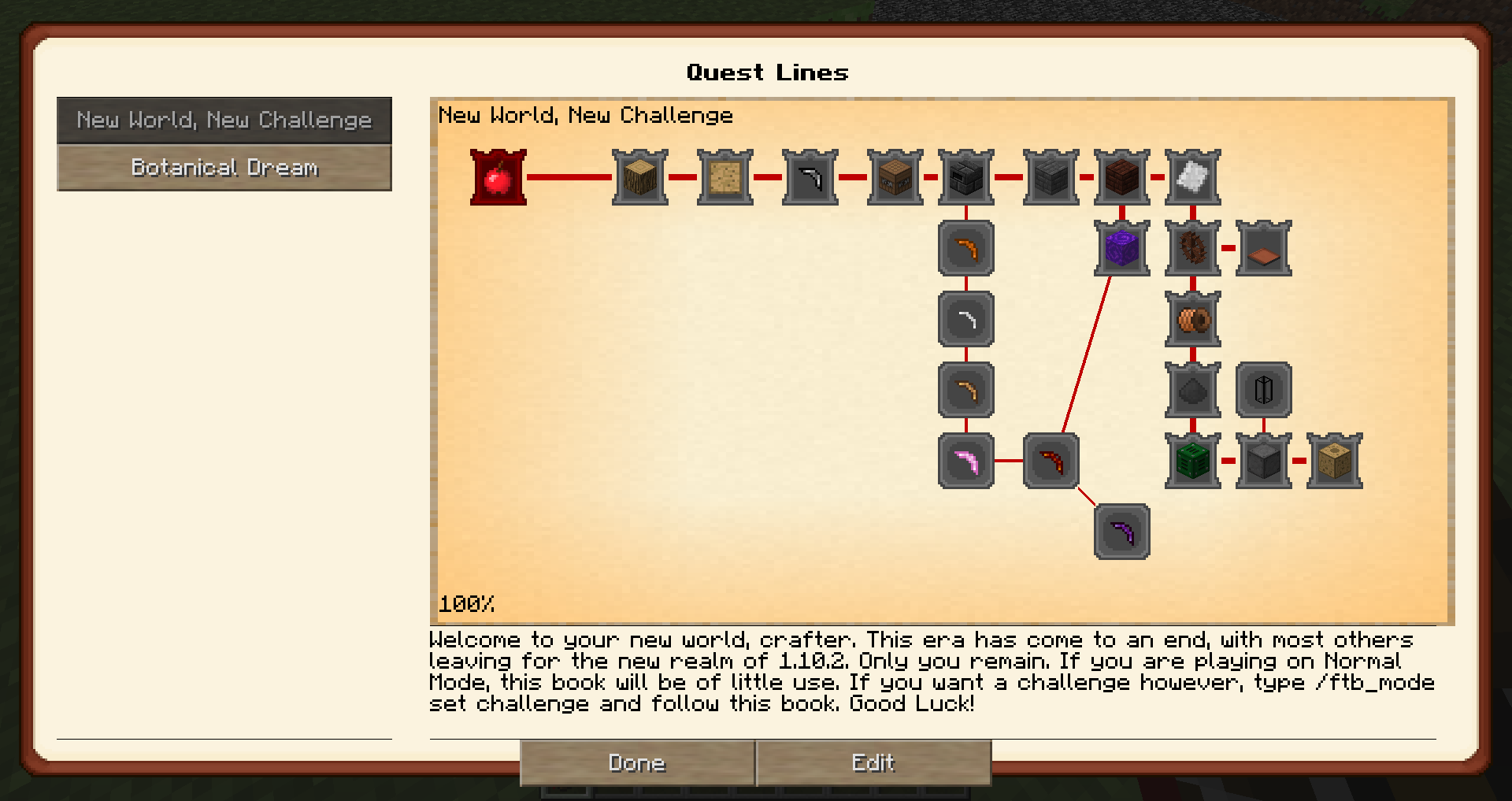 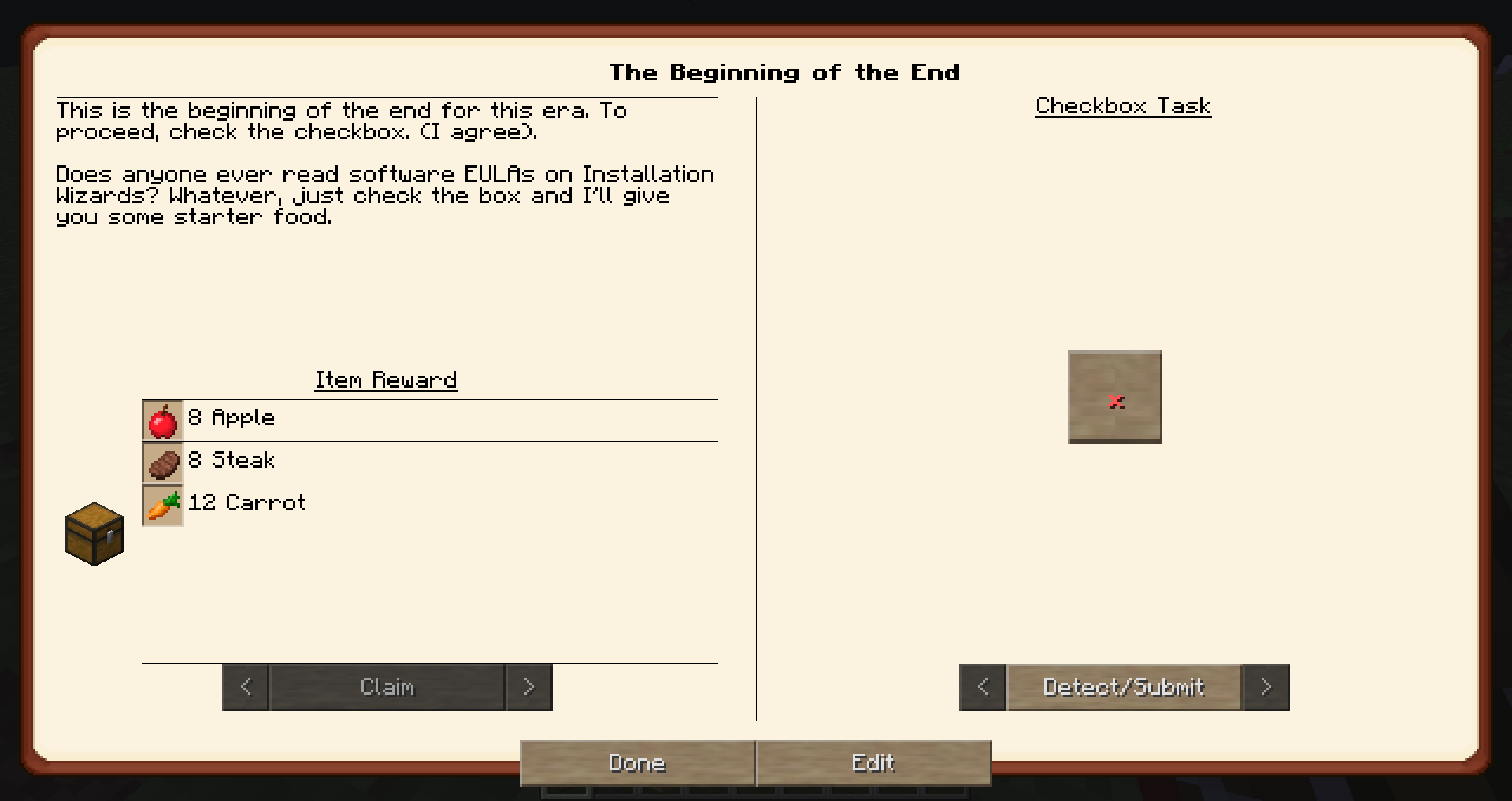 The Progressive Automation Miner, which signifies the end of the first questline: 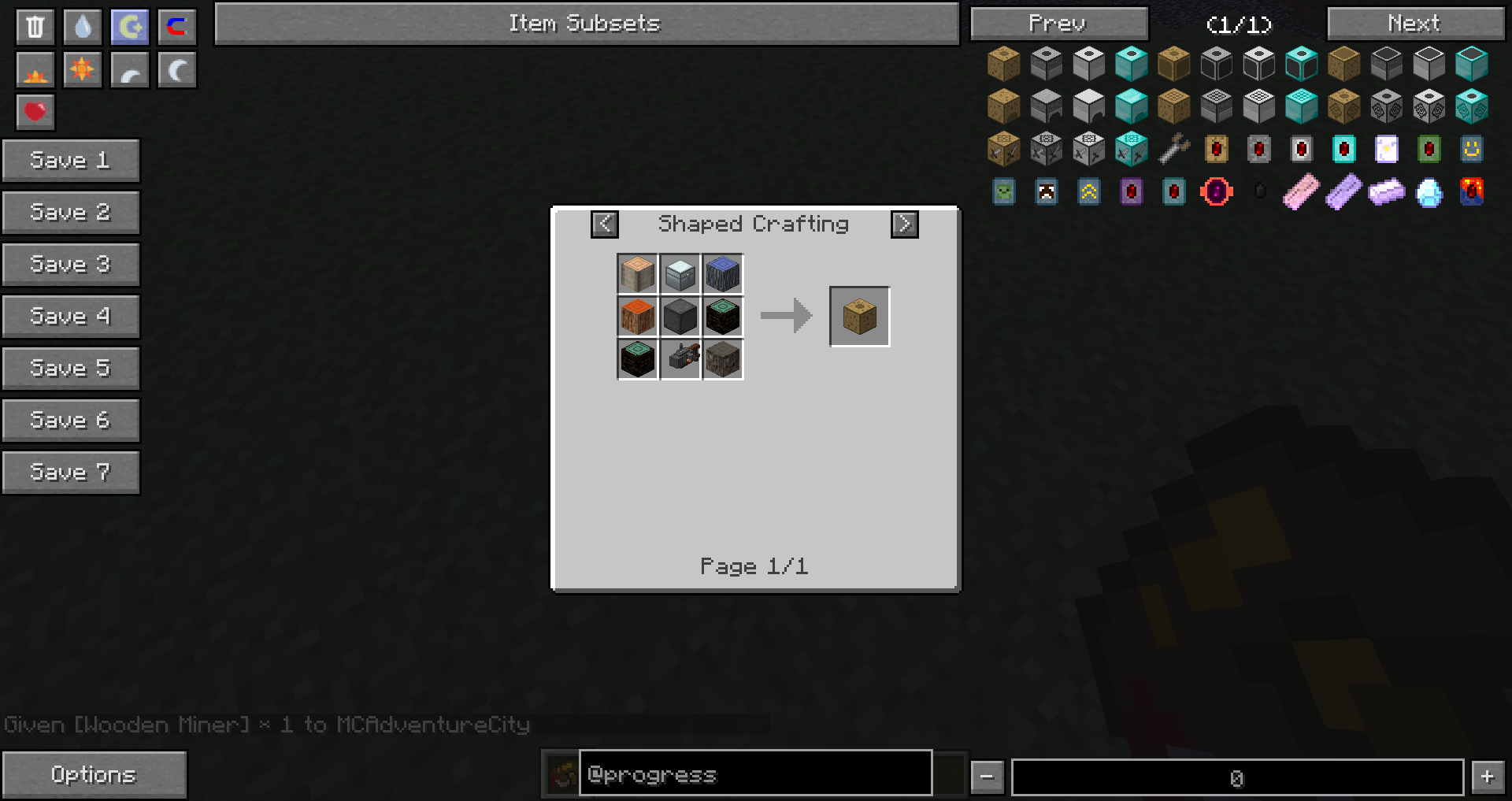 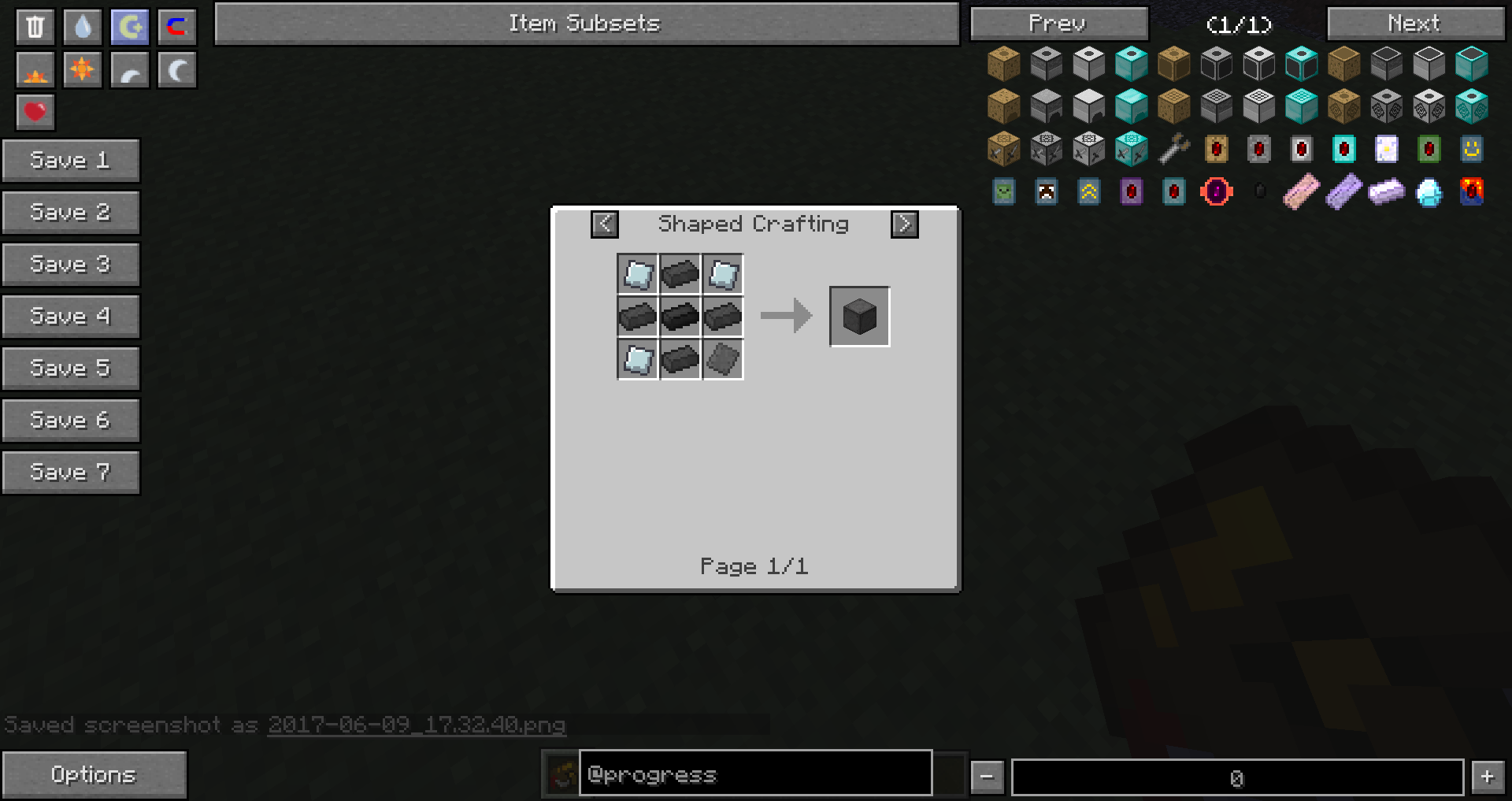 So, this thread has been dead for over a year. Sorry about that. As for why, throughout fall of 2017, I was busy with school stuff, AP classes and all, and didn't have time to get the pack out by September as previously mentioned. Then, my modpack team, ADG, ceased all activity, and did not resume until just last week. As such, I was short-handed, and due to having other projects and 1.7.10 losing popularity, placed this pack on indefinite hold on March 31. But, I am determined to get this pack released at some point, no matter what it takes. But, to fit with my new naming scheme for all my packs, this pack will have a new name:

The General naming scheme for my Kitchen sink, Expert, and some of my themed packs is to use the same name throughout Minecraft versions, but differentiate it with a Roman Numeral that references the Minecraft version, e.g. VII for 1.7.x, XII for 1.12.x, and so on. Omega is generally planned to be our kitchen sink pack, but as this pack is planned to have both a normal and challenge (expert) mode, I went with the kitchen sink name.

As for how I will finish this pack, It will happen slower, and the launch will be quieter than planned, but I do plan to finish by the end of 2018. I will be doing more dev logs (probably twice a month), so look forward to that.