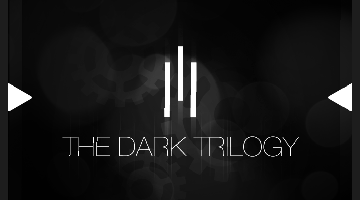 The Dark Trilogy is a 1.7.10 mod pack by tfox83. It's focus is on a balanced game play and server capability. Due to this it does mainly include mods which work great in a server environment. A lot of the recipes have been rewritten, configs adjusted and "over powered/unbalanced" items removed. The pack is coming with a medium to big amount of mods without any jurisdiction to one kind. From magic to technic. Most of the featured mods are well known from other Feed the Beast packs, so don't except a lot of unknown mods.

- Friendly, fair and helpful Staff (we expect a lot from our staff members and have set high requirements that you will feel)
- Advanced grief prevention (thanks to our custom build system we can deliver one of the best grief protections on modded servers without the need of banning the whole pack)
- Low lag (thanks to our performance optimizations we have one of the best running servers)
- High end hardware (E3-1270v3 - 8 threads CPU - 32 Gig RAM - 1 TB bandwith -> per machine)
- Frequent backups (every 2-3 hours, in case something goes irreparable wrong restoring a partial or full backup is fast and only involves a short rollback)
- Few banned items (thanks to our advanced grief protections we only need to ban a few items that cause server/client crashes)
- Public showcase on the forums to show everyone what you are able to achieve

- Ignorance is no excuse!
- Be respectful and use common sense
- Speak English in the global chat
- No spamming, swearing, advertising and no racial or sexual slurs
- No griefing and stealing in any form, even if it is unprotected
- No custom modifications or hacks
- Use the ticket system if you have questions/problems
- Report Bugs, exploits, glitches and don't use them
- The procedure for breaking rules is up to the server staff.
-> Further rules

We MineYourMind are hosting modded minecraft servers since 2012 and got professional with our own box when the ftb ultimate pack got public, since than we have collected a lot of experience and developed our own solutions, plugins and mods to solve a lot of the problems modded minecraft brings with it.
Last edited: Feb 9, 2015

Best server i have ever played on. Very active staff and friendly players.
C