Landscaping is finished. There's only a one meter drop across the entire length of the village. I'm going to call that good. I wouldn't be able to do more without floating the foundations on some of the buildings, and that's a rather significantly more intensive project.

You know, I remember I had this professor back in college... the engineering program was his baby, and he had some really... odd notions. First day of class, he pulled out a plum bob and spun it around. I swear, half the class thought he'd finally lost it and was going to garrote someone. Then he made a claim that he can get a more accurate measurement out of a rock on a string than any of us could out of a 3d imaging program. Said if anyone gets a better measurement than he did, they'd be able to walk away with an A.

No one managed it, of course.

So yea, the crash course in primitive engineering was the make-or-break class for that degree. But you'd be surprised how accurately you can measure something with a string, a stick, and a bucket of water.

Anyways, lighting. Right now, I've got torches along the railing. And that's not... well... it's not THAT bad, but they really need proper lighting in their houses. Preferably something that can light up the roof too. At the moment, I'm less worried about turning on or off at night and more concerned with illumination. Also don't want bloody torches all over their gardens. And there was a patch of pumpkins not too far away on a hill. Looks like it is time to make some Jack O Lanterns. Honestly, I could probably just make glowstone lamps or just plain glowstone and it would be easier for me right now, but I'm wanting to maintain that rustic vibe they've got going on. I can even bury jackolanterns in the yards to light them up without needing tacky torches or those ridiculous contraptions with a bunch of torches around a padded pole they've got currently.

Between those and the road lights, we should be able to get this place lit up properly.
S

Finally figured out what to do with my home tree. Turns out that platform makes a handy observation deck! 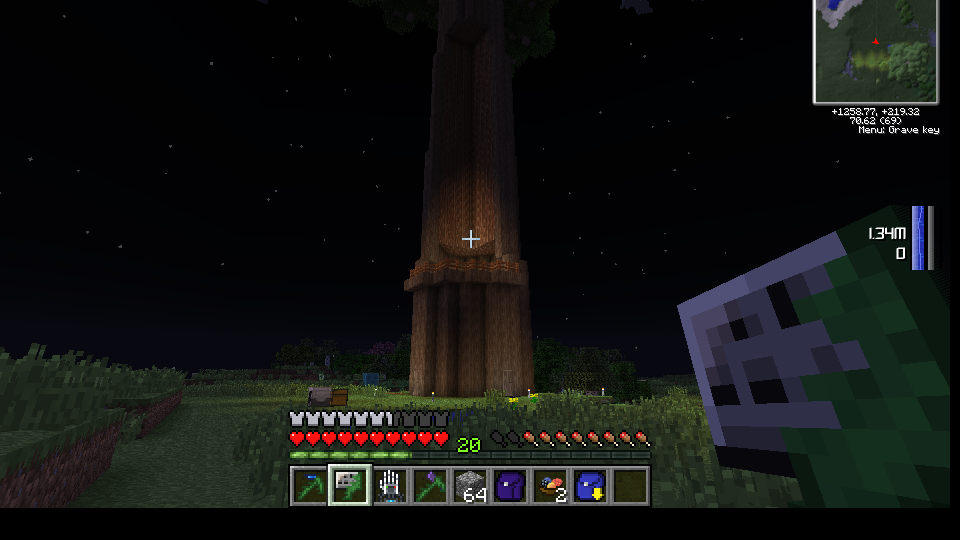 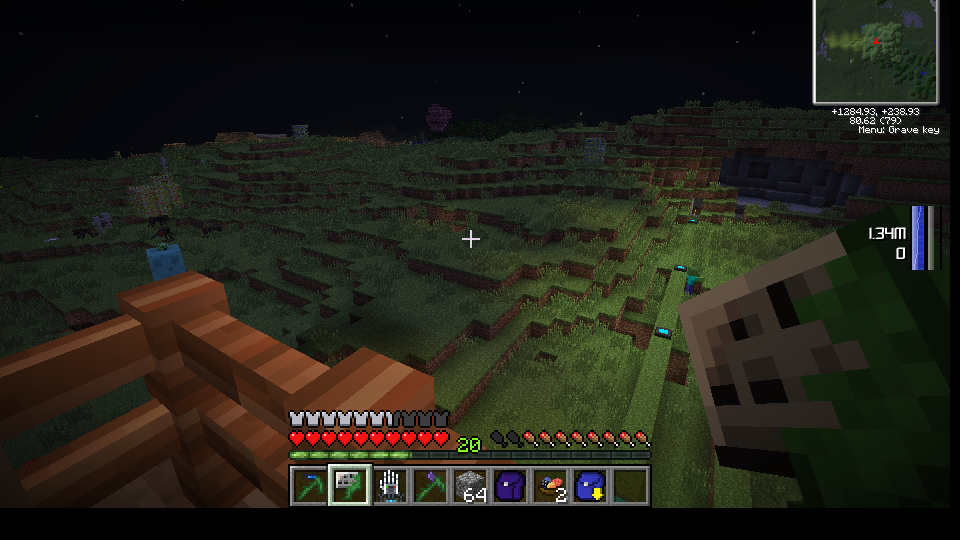 As you can see, I can just barely make out the village from the observation deck. And if I had some kind of ranged weapon, I could use it as a sniper's roost as well.

I did make myself some Power Armor boots with shock absorbers and an Elite Battery, and a Tool with the Lux Capacitor and an Assembler.

Note that fairly straight path leading out from my tree? That makes a turn under that hill and goes straight to the village, so I don't have to go over hill and dale to get there. Broke into some fairly extensive caves which are rich with copper and iron. Now I just need to delve deeper for silver and I can begin replacing the power armor that got lost in the Nether.

Also installed some rustic lighting. This should keep nasties from trying to drop in from rooftops. 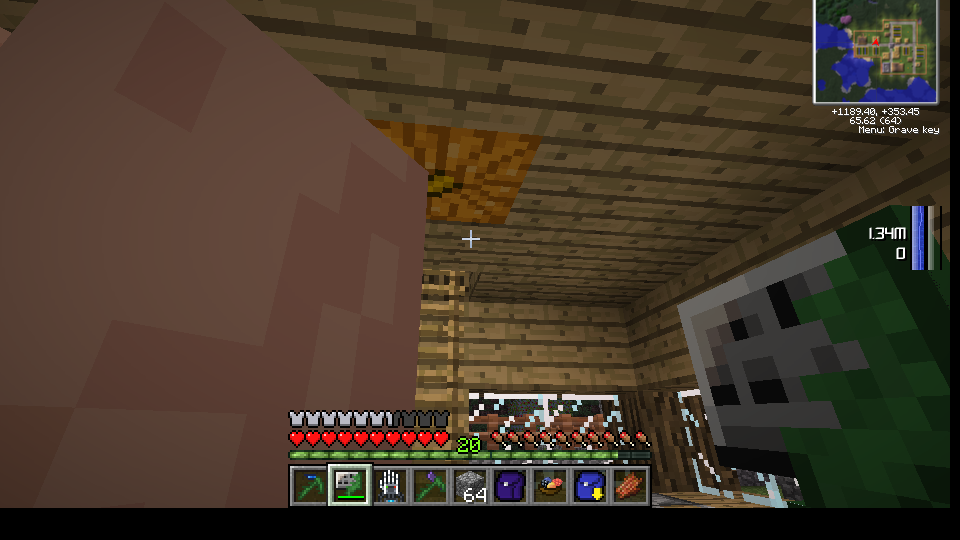 Next order of business is to start mining, then setting up some automated farming. An engineer's job is never done.
Reactions: fergcraft

It occurs to me that I haven't seen any cows around. I'm going to need some for some later projects. So I went hunting.

Where's the ding-dang cows? Pigs, sheep, chickens... sure, no problem. But cows? Not a one. 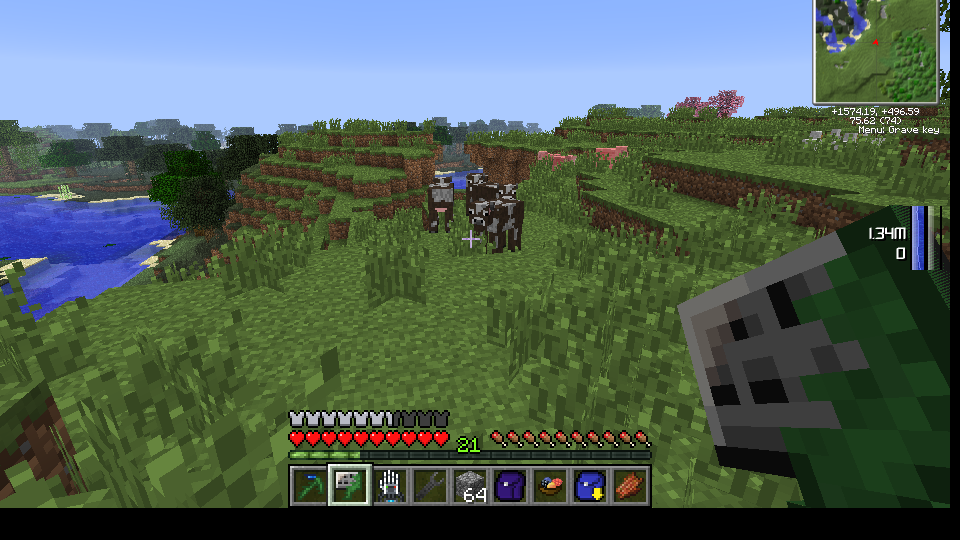 Found some one-shot safari nets in a dungeon once. Took 'em with me. They'll come in handy now. 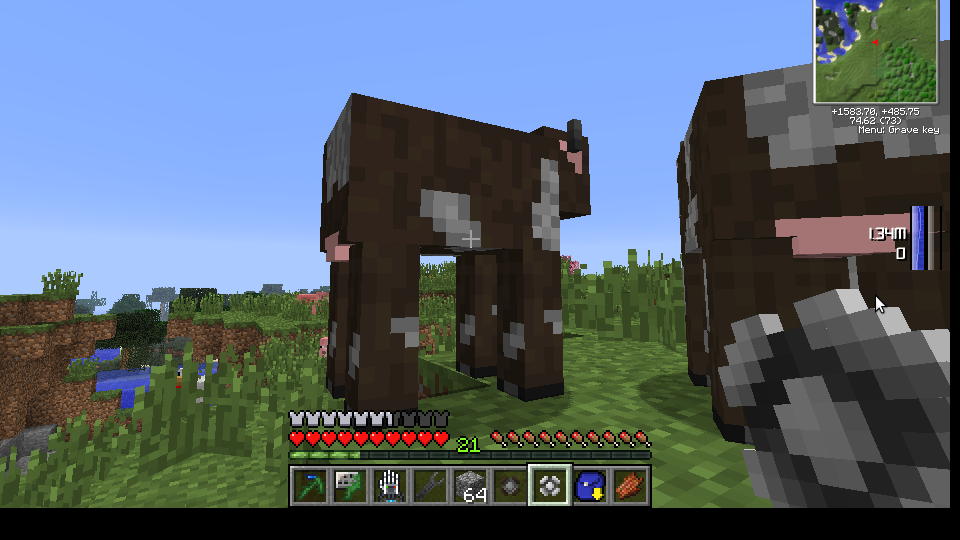 Went back to the village to see how the Derps were doing. The Apiarist had a really good deal I decided to avail myself of. Apparently, he was running really low on oak logs, and was willing to cut a deal. Since I was doing some clear-cutting near my treehouse for... reasons... I decided to avail myself of the opportunity to pick up some Aviaries without needing to bother with Seed Oil. 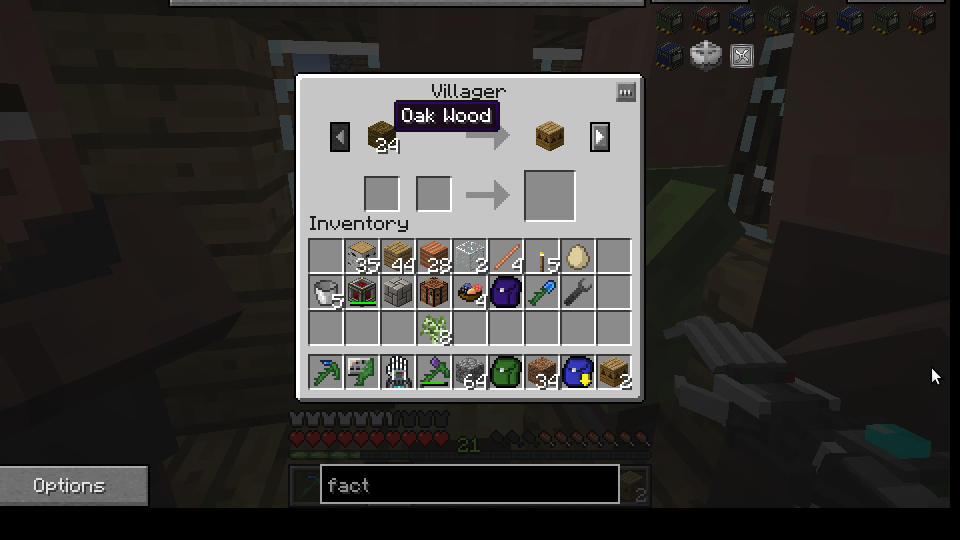 I also set up a mushroom near his apiaries so his marshy bees would get to work.

Speaking of marshy, I did find a swamp during my quest for cattle. Picked up some lilly pads. They'll be handy when starting my farming.

[Sorry folks, ShneekeyCraft Playthrough is officially going on Hiatus as of this post, pending arrival at my destination and internets being hooked back up. See y'all in August!]
Reactions: RedBoss and fergcraft
S