So in my avoidance of using translocators and routers, I've designed this little tidbit for my breeder system. I don't know how impressive it is, but it's a nice alternative to all that other stuff.

1. ME-Export bus takes out all re-enriched cells as well as the nearly depleted uranium cell, if it happens to appear
2. Logic gate detects room in inventory of nuclear reactor, sends redstone signal to computer
3. Computer runs program, sending redstone pulses every 0.1 seconds like this:
3.1 Ticks right export bus on chest twice, left export bus once, then right export bus twice again
3.2 Inside of chest, the order of items due to above is X X O X X (X = isotope cell, O = uranium cell)
3.3 Computer sets front redstone signal to on for 30 seconds, activates redstone engine, pulls items out of chest in order mentioned above
4. Items go into nuclear reactor in the right order for subsequent breeding
5. Computer sleeps for 2/3 of breeding time to ensure no hiccups 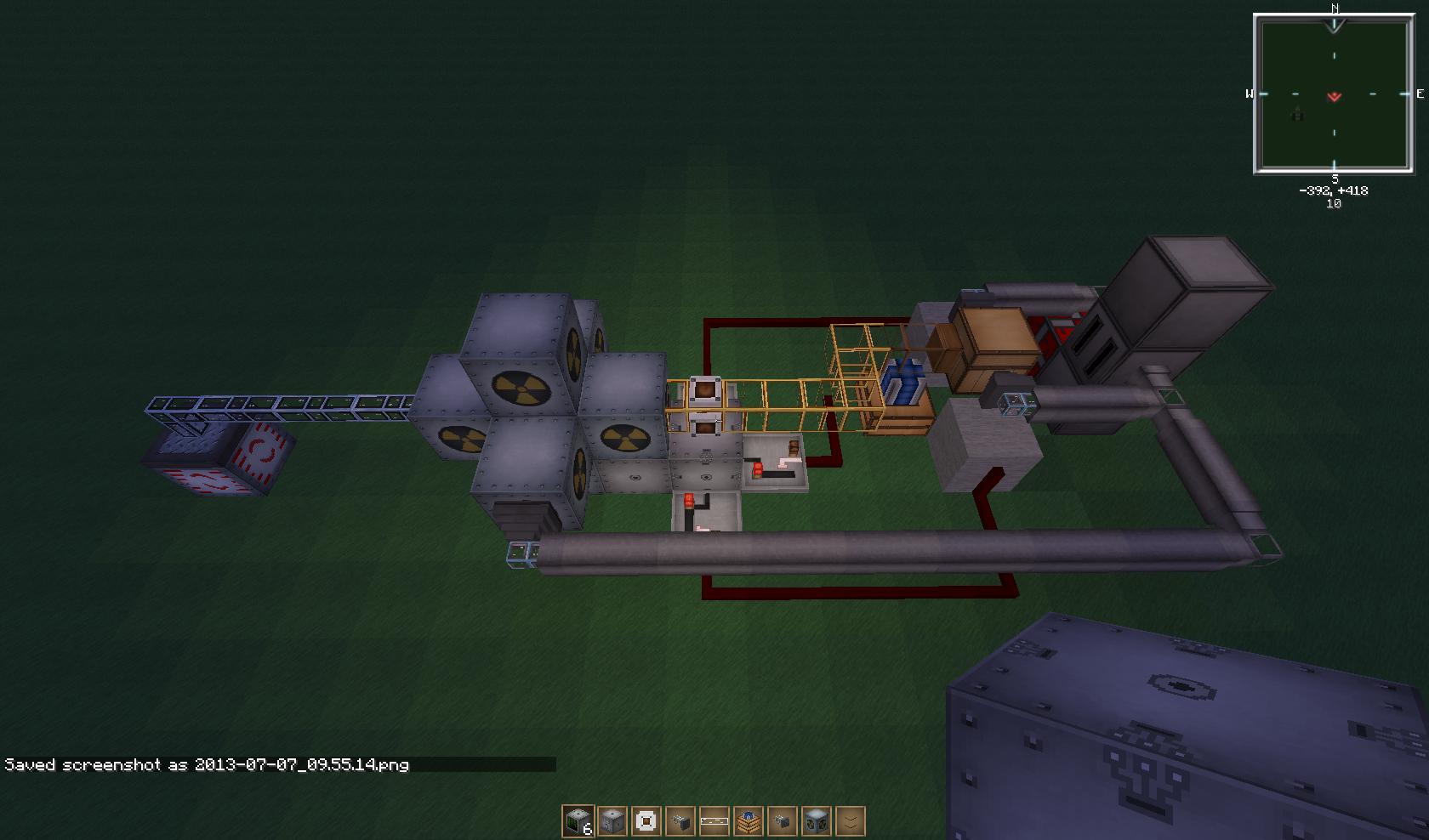 The export bus on the nuclear reactor is set to only pulling out re-enriched cells or nearly-depleted uranium cells. Though I should test having no export bus. I just wanted to know if any of you had problems with "disappearing" isotope cells. I also didn't check the ME-system to see if it's in there...