I'm playing on a server using the Infinity modpack and have a pretty intermediate logistics pipes system set up.

My problem is that about 25% of the dirt, cobblestone, and sometimes gravel end up in my default route chest for some reason. Isn't the default route supposed to be the lowest priority?

I checked all pipe intersections and they all have basic logistic pipes on them. I also tried moving the trash can so it comes on the line before my default route chest, but that didn't help. Am I doing something wrong? 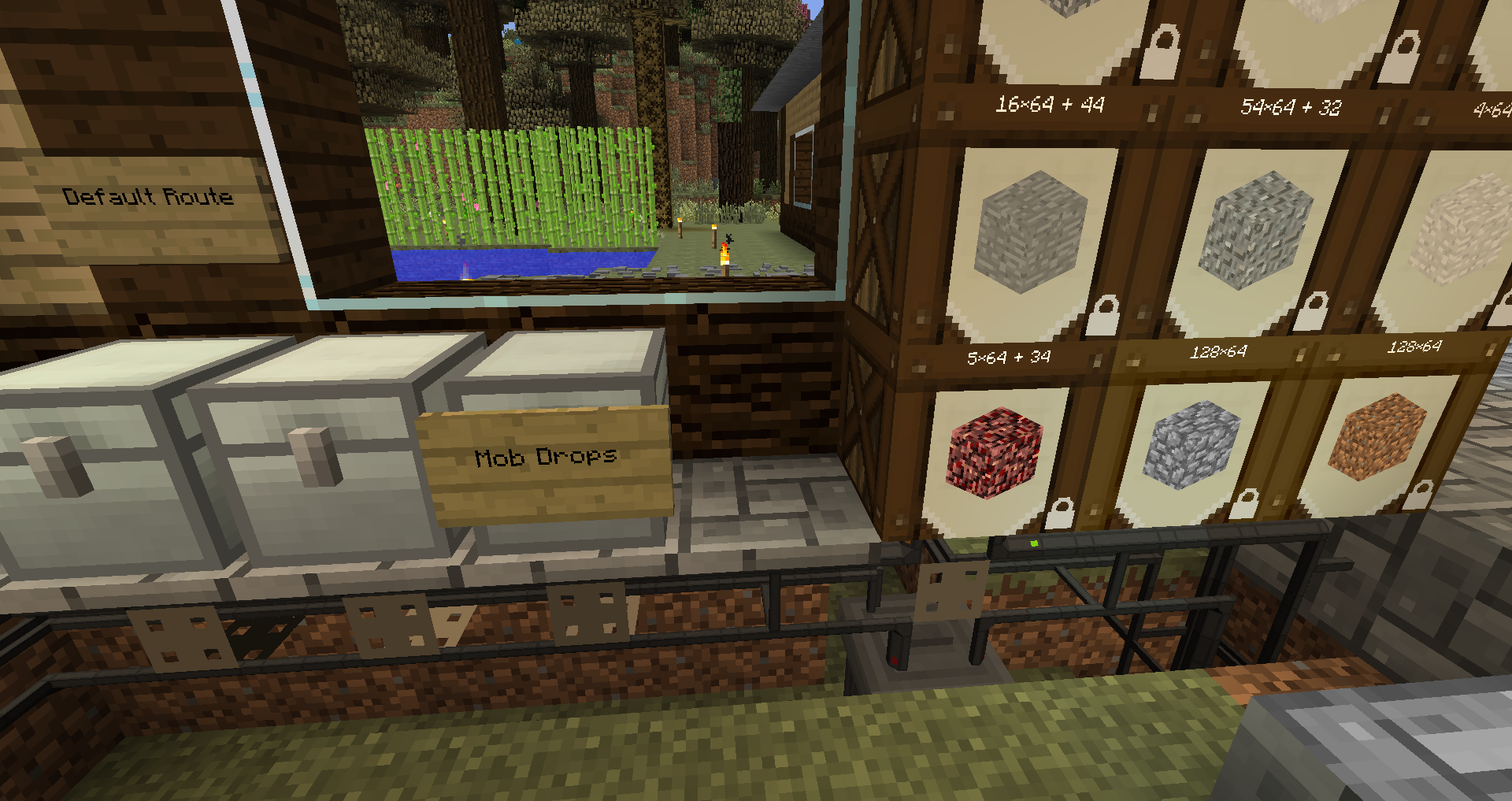 Might be a timing problem.
When the system asks for a destination for dirt just in the momend as a cobble was sent to the trashcan, the terminus module can't react, because there is no room and the dirt goes to the default route.
Try setting a trashcan for each type or use a disposal device with bigger inventory (e.g. railcrafts void chest)
S

I tried using railcraft's void chest, but the chest wasn't able to delete items as fast as they came in so the chest started to overflow within 5 minutes. I did try the multiple trash cans, and that seems to be working. Thanks!

I always use a diamond chest and then sorting from that instead. It means that the system only has to worry about dumping into that chest, and a system with no demands except for sorting those things extracts from the chest. The smaller system makes for a higher speed of sorting and simplifies both systems, because the default route for the primary system can be the diamond chest, and the default for the sorting system can be a trash can.
J

i would recommend combining logistics pipes and ae2 due to the speed of buildcraft pipes and logistics pipes you have backups what i would do is use logistics pipes for the lower priority and use ae2 for the higher ae2 has no limit on speed and you can hook storage busses up to the chests for the logistics pipes. once you have this set up i would use thermal recycling for trash
You must log in or register to reply here.
Share:
Facebook Twitter Reddit Pinterest Tumblr WhatsApp Email Link
Top Bottom