11. *is confused why a recipe remove function has worked for some recipes but not others*

11 and the new arena keeper code base is also on github https://github.com/lenscas/arena_keeper_quick

11 and I made a simple point/coordinate struct.
It isn't much but it allows me to more easily work with coordinates as I used to just use tuples and it has some nice functions already. All of which are subjected to automated testing using doc tests.

Now, time to expand the PointWithItem struct to expose similar methods as the point struct. Just with also exposing a way to set the contained item and stuff. I probably should also look if I can easily implement .map and all that fun stuff on it

11 Its nice how the file containing the point structs (https://github.com/lenscas/arena_ke...ed3ce7202b64d53ea2d91a62/src/structs/point.rs) is more documentation and examples than code yet writing all that didn't feel like a waste at all as those examples also work as tests.

10. The second season of ST Discovery is really quite good.

11 so... it turns out that the code I copied to create diagonal lines is bugged. It also turns out to not exactly be the easiest algorithm to implement so I may decide to just remove it all together.

As a work around I just decided to limit the player to selecting horizontal and vertical lines only. Also, I added code allowing the player to place "walls". So.... here is a picture of how the "game" looks right as of now:

the white square is supposed to be the square that your mouse is hovering over. No idea why it isn't covering a whole square, that somehow broke when making the screenshot.
the indigo lines= walls that are placed
orange =ground/dirt
green = grass
blue=water
gray = stone

next on the list is to add random terrains, rather than this rather obnoxious pattern that I only used so I could test if scrolling and zooming worked.
After that, a way to place characters which move around randomly. Then, making them unable to move through certain cells.

10 I very much understand creating a point struct/class, I've done so myself to make dealing with them easier.

9. One episode of Star Trek: Discovery season 2 left to watch...

10 generating the terrain may be harder than I hoped it would be..... 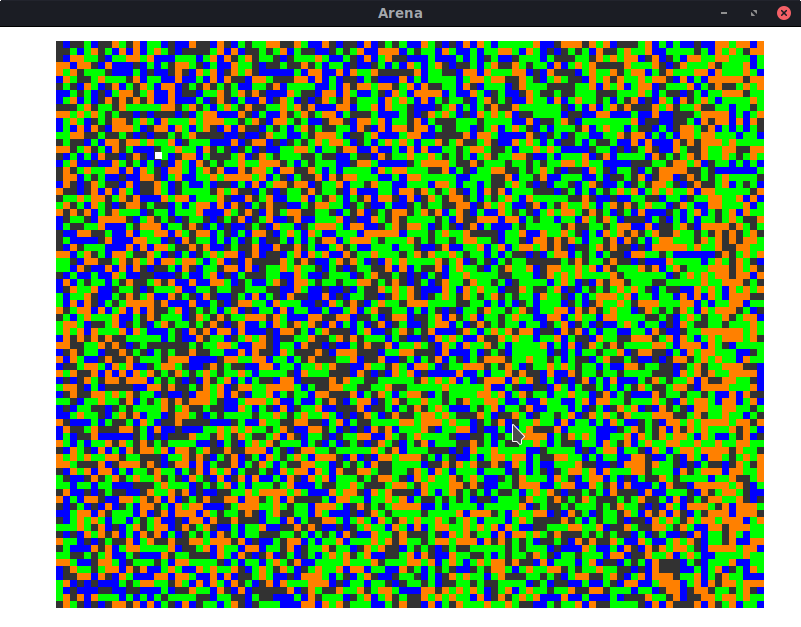 I found a crate that implements various kinds of noise algorithms. I was hoping I could just use those as if but clearly, I can't.
For those interested, the crate that I use is https://docs.rs/noise/0.5.1/noise/#structs
and my code to turn the returned floats into my terrain types is:

10 managed to make it a lot better: 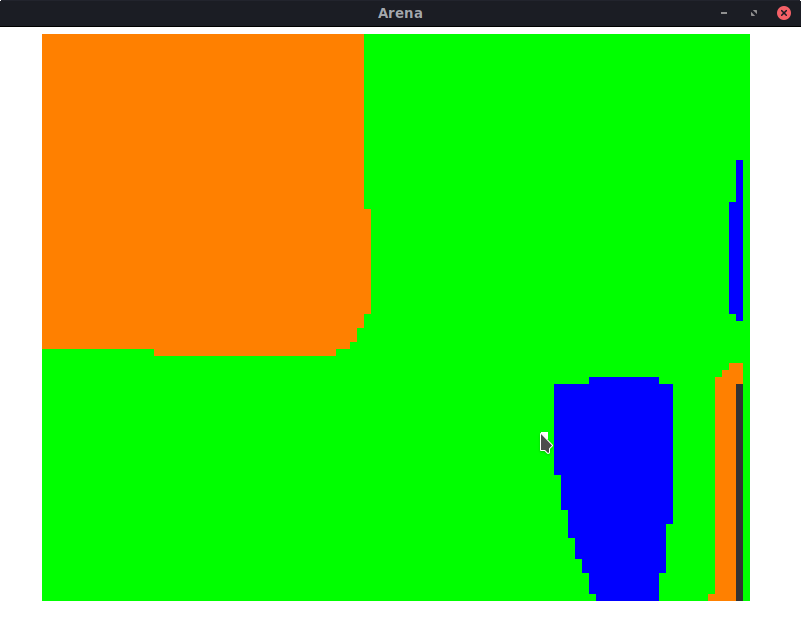 and a weird one 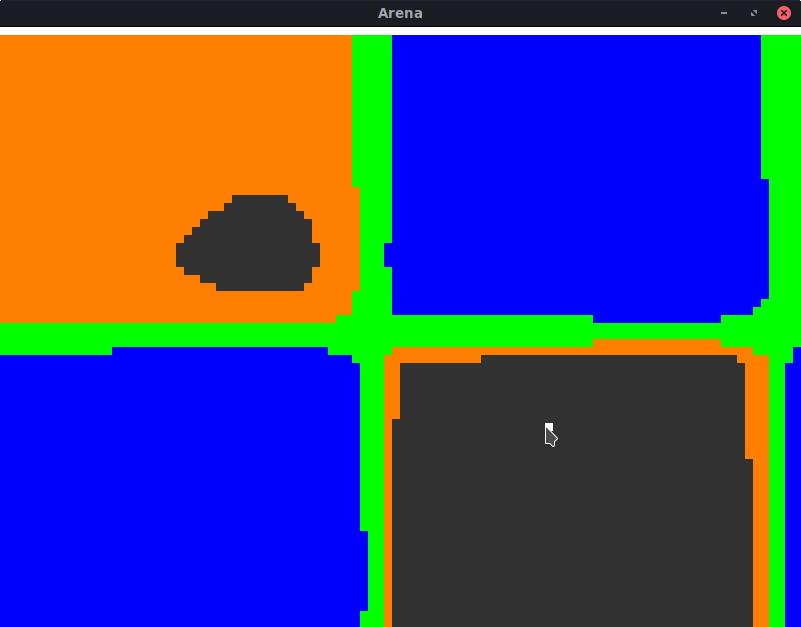 10 I knew that, I just didn't know how to work with the noise functions that I had access to.

Could someone help me carry on with the Up To 9000 thread?

10 and I now have a square that walks around semi randomly on the map. It can not go through walls and its speed is depended on its own walk speed and the cell type that it is currently standing on.

10 and another massive cleanup pushed.