Not without something to store the EMC, hint hint. There are two types of EMC matter and fuel. Once you place one type of item into the transmutation table it gets 'locked' into that type of item.

There are a few items that you can use to change it into the other using vanilla mechanics. Click on the spoiler to read them. Nothing really spoilerific, just being safe in case you want to find them yourself.

Use charcoal to make torches for fuel to matter this is an equal transaction as far as EMC goes. Use charcoal and not coal as it is cheaper to make. And for matter into fuel you can use wood to charcoal, but that requires a little bit extra as you need something to burn it with.

I definitely recommend learning as much of the mechanics of EE2 and its various different blocks and items as you can. There are a few different ways to collect and manipulate EMC other than just direct conversion with the Transmutation Tablet, several of which are much more efficient and useful.

Wow, thinking about EE2 EMC mechanics made me realize just how long it's been since I last played the FTB 1.2.5 map. Once I'm done bashing my head against the wall in the Solitary Asylum map on the ATLauncher, I may give it another go.
P

So this is my first time giving IC2 crops a second glance. It seems they're more useful than I thought, but I'm having trouble getting sugarcane from them. Before I continue beating my head against this wall, is it possible to get sugarcane by breeding two non-sugarcane sourced veggies?[DOUBLEPOST=1381350285][/DOUBLEPOST]Question two regarding sugarcane from crops: Do they by chance look so much like weeds that I'm probably destroying them before they grow?

Physicist said:
So this is my first time giving IC2 crops a second glance. It seems they're more useful than I thought, but I'm having trouble getting sugarcane from them. Before I continue beating my head against this wall, is it possible to get sugarcane by breeding two non-sugarcane sourced veggies?[DOUBLEPOST=1381350285][/DOUBLEPOST]Question two regarding sugarcane from crops: Do they by chance look so much like weeds that I'm probably destroying them before they grow?
Click to expand...

Yes, no. Pumpkins/melons work best to get reed. It will look very obviously like reed as well.
P

So I've been enjoying EE2 quite a lot with the retro pyramid map. I did find, though, that I'm clogging my transmutation tablet with things different mods' versions of copper/tin/etc.

How can I remove that duplicate knowledge from my transmutation tablet? (Please say there's a way without NBT editing.)

There is no way. And if you think it's "clogged" now wait till you make the tome that teaches the tablet every single possible thing it can ever learn.
P

Gah! How can you manage with that? Keep stacks of covalence dusts for the lower level things?

Physicist said:
Gah! How can you manage with that? Keep stacks of covalence dusts for the lower level things?
Click to expand...

Something like that. Though I used to make a huge system of condenser chests with different types of items ranging from sticks to whatever and stocked them with stacks of red matter so they'd stay full for a VERY long time. There was also a way to automate that as well... Anyway after that I'd just make them part of my LP network and craft things or grab them as necessary.
W

whizzball1 said:
To get quite a lot of EMC, there's this hand exploit which can get you started off quite nicely in the beginning.
3 Cobblestone worth 1 EMC each make 6 Cobblestone Slabs each worth 1 EMC each. You double your EMC and it works quite quickly.
Click to expand...

In a previous game I tried that with an auto crafting table and redstone engines. It works, but felt wrong. If I felt inclined to, I might be able to make it feel more right by trying to calculate investment cost with returns and comparing that with the opposite end of the do-nothing-for-free-EMC spectrum: relay surrounded by collectors.

I feel like investment cost and complexity are important fun factors. I'm working towards completely automating forestry tree-farms and their associated machines to produce EMC rather than spending that time and energy building more relays and collectors. I'm even considering vaporizing the ones I have into EMC as long as it doesn't badly inhibit my ability to build other machines.

Sure, the only real reason to build a fermenter is to get the biofuel cans, but I think it would be fun to use the fermenter to power other stuff after I've completed the task, rather than just let it collect a surface layer of aerosolized creeper particulates.

I'm thinking of building one of every kind of farm imaginable. For now my limiting factor is building land to put these things on, which as far as I can tell, must still be done at Skyblock 1.0 speed. (Well, that and figuring out what some of these machines are, since they're not in Minecraft 1.5 packs. Redpower is neat.)
W

Quick thing about Redpower pipes: Use them. They'll automatically route items to the closest inventory with space and then route them to the next closest and so on. They are quite fast and very logical. Filters will pull stacks of items (or singulars) out of chests every time they receive a Redstone pulse. You can achieve a timer easily by building a Timer, which you can set to any amount of time. You can also use transposers which pull items out one at a time, but you can't choose which.
P

So I just loaded up a combustion engine with biofuel and water, but the conductive wooden pipe won't connect.... was this bugged or intended differently this early on? The wooden conductive pipes connect to Biogas engines just fine, so I'm confused.

Edit: It actually might be pushing power through, but it's just not visually connecting; is that definitely the case (providing I haven't borked something, but I'm sure it's good)?
P 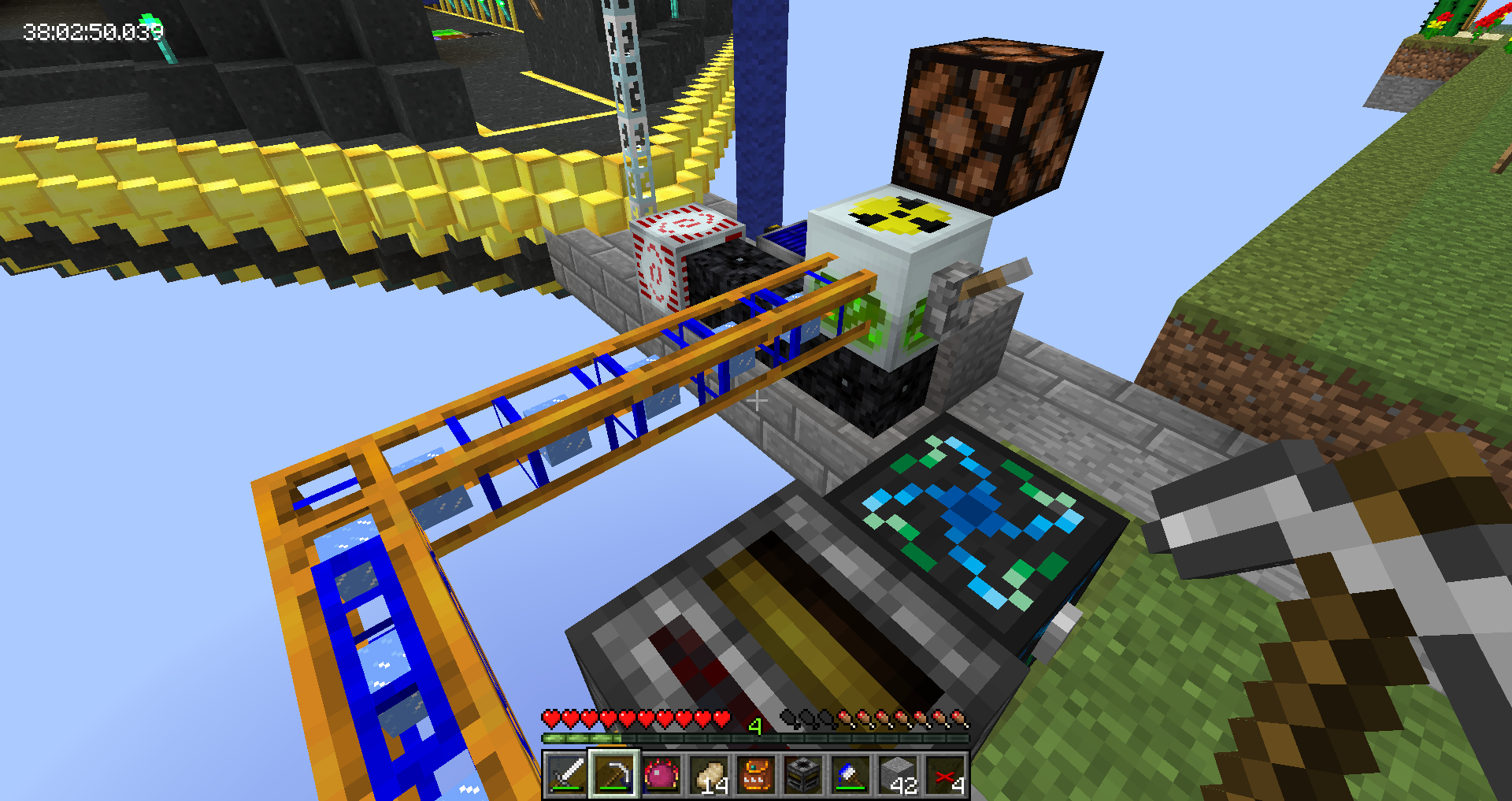 Did End Hives exist this early on? I haven't seen a one.

Do bees ever change based on where they are bred (similar to how willow trees need to be bred in a jungle)?
P

Oh, and:
Mission Complete (except the two bonus objectives) 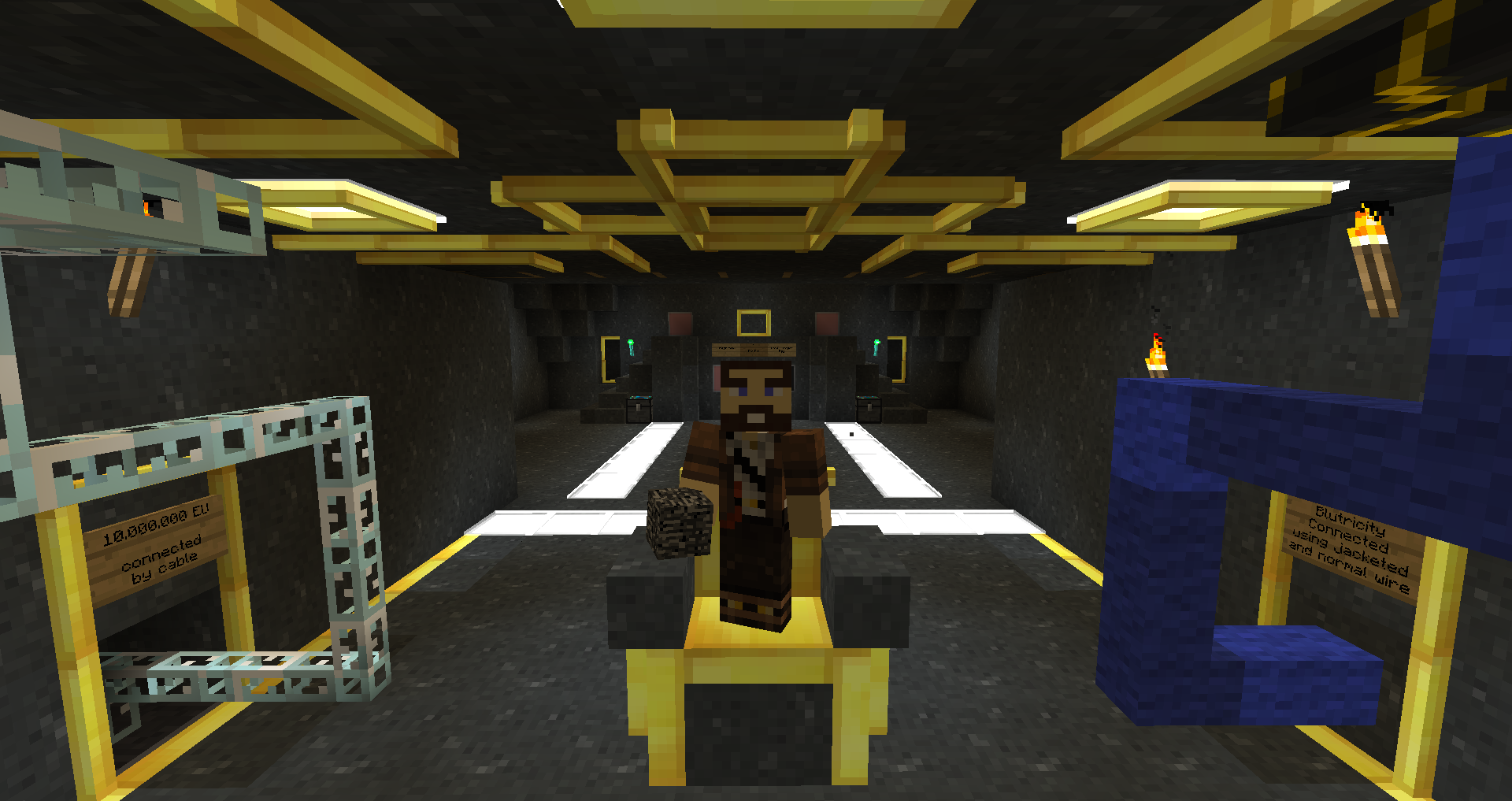 Physicist said:
Do bees ever change based on where they are bred (similar to how willow trees need to be bred in a jungle)?
Click to expand...

Assuming there's no quirk of versions I'm not aware of, there are some bee mutations that can only be created in certain biomes. For example, the demonic branch requires the nether.
You must log in or register to reply here.
Share:
Facebook Twitter Reddit Pinterest Tumblr WhatsApp Email Link
Top Bottom