Awesome to hear that. I'm really looking forward to hardmode infinity. I like packs with a challenge, but also making stuff harder can give things more of a purpose.

Right now it takes next to nothing in resources for an ender quarry, and it doesn't take a lot of power to run one. People make big reactors just to brag about how much RF they can make, not because they actually need it for anything. In a harder setup it might take you a lot longer to accomplish things, and get more fun out of doing them, making that huge reactor setup because that's what it takes to run the magic ore machine and ship items through dimensional rifts.

Very curious to see what they do with Immersive Engineering in hard mode. I love that mods approach to big multiblock machines.
P

I'm trying to progress down the Immersive Engineering tree, currently trying to get enough steel to make the ore crusher, trust me it's a lot. It certainly is a very interesting mod.
M

I've been doing some testing of Creepershifts pack, Nuclear Fallout. IE is the early game route for power, and really having a blast with it. I've done several versions of a mill/millrace/waterwheel, and then some larger setups on a steep mountain with a cascade roaring down a 100 blocks turning multiple wheels all lined up vertically. I really like the graphics and feel of the mod.

Along similar lines, we've changed up railcraft quite a bit to encourage it's use. The original thought was "wow, trains are cool, how come people don't use trains to move stuff around". A quick look at how easy it is to run pipes all over, or even make tesseracts, vs. the massive amount of resources that go into a rail line, and figuring out how to make it transfer cargo how you want it, and it was easy to see why railcraft is under used.

IE is similar, and totally ignored by 99% of players in Infinity. Too many easy ways to make cheap power sources.

But NF is supposed to be a hard pack, and the rules got a bit changed. Most technology takes ores you only find on the moon. No AE systems, not ender quarries, no easy tube transport until later in the game. I run my few TE machines on windmils and water wheels. And have a train system running from the top of the mountain at 170 down to the bottom of the mine where it's loaded with all the ore/cobble/dirt i mine, delivers it, and also checks for crops and wood at other stops. It dumps items to barrels setup under the tracks. Fun to see it chugging around. We also decreased fuel usage by engines, so you can keep them moving easier. And my engine has only killed me 5 times so far. I'll learn to stay off the tracks some day.

The setup is still many times the hours and resources of what i would need for BC pipes or item ducts or an AE system, but since the pack makes those more expensive, and needs more steps to get to, suddenly these are the best options. Hoping for similar things in Infinity HM.
Reactions: DeathOfTime
L 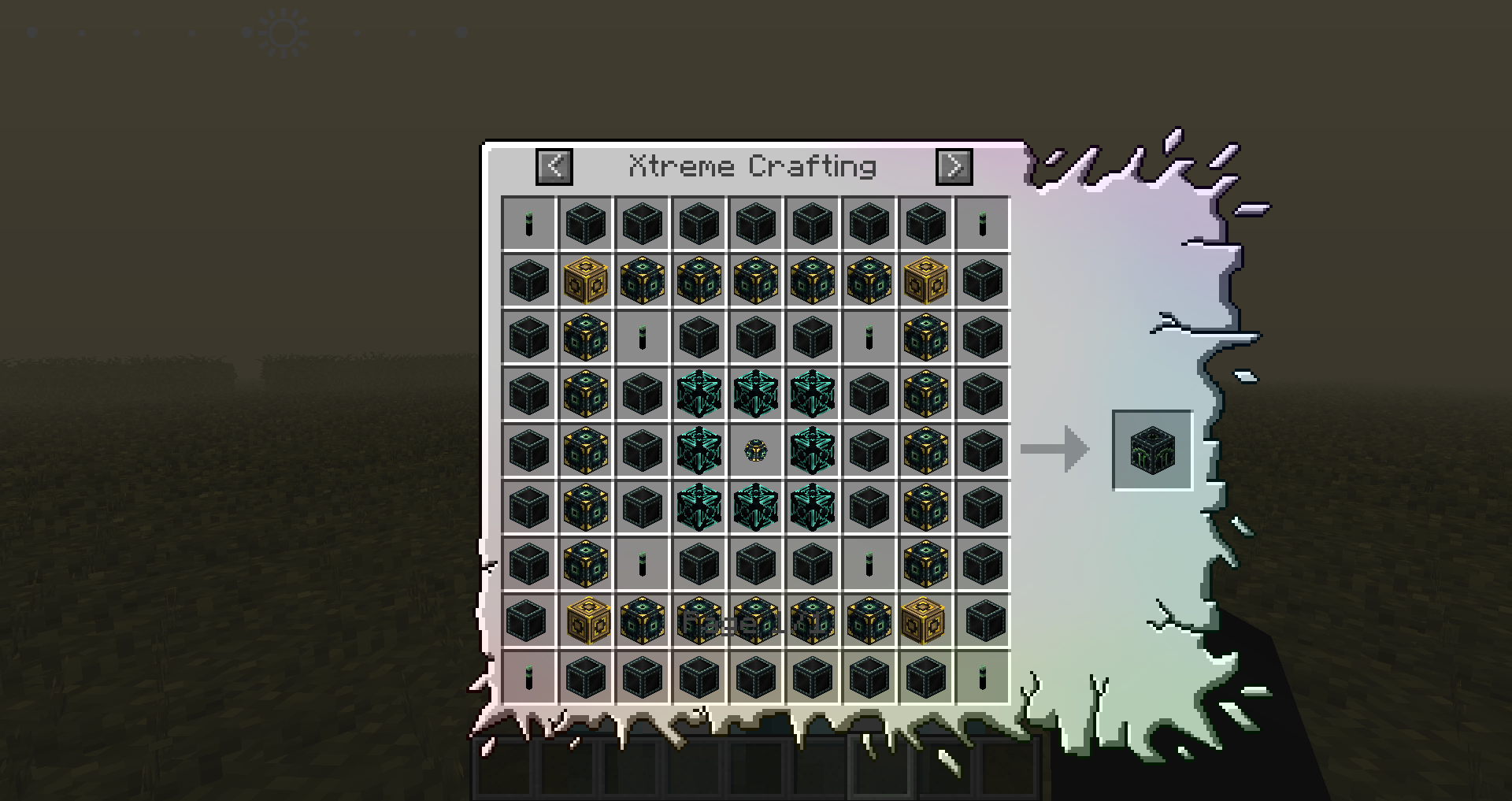 Note: Not a official recipe just something parcel posted.
Click to expand...

This is easy Left and right on all Sites a crea energy cell and than BOOM extreme Crafting Rezept for the quarry =D. And in the Middel Ender-Maker remove and bc Quarry Addet =D.