Another one of these threads

Indeed Thomaz, this is something I've done for each of my worlds. Normally I write up a sort of character, but I can't quite do that with the MP server I'm on. One of my previous worlds was based on a character with a phobia of portals. Was trying to get as far up in the tech tree as possible without ever being in the nether or the end or any other side step. I like such puzzles, but it might not be possible to pull that off in a latter version. Course, you need such tricks on skyblocks, the old beast monument, and AG-Skies, so there will always be a place for it.

So, lets see, what have I been tinkering with.

I've upgraded my wand to thaumium capped silverwood, I've started to move nodes into place, and I've got enough to work with for at least short marathons. The server seems to be rather short on IGNUS of all things. I've got the rest of the 2nd layer of mixed crystal clusters in place. Now I know you can go up to, what, 10 blocks away? Sure, means I'd have to move the center just a bit, but as long as things are stable I don't think I will. I'll build UP before I build out.

So, what have I been up to? 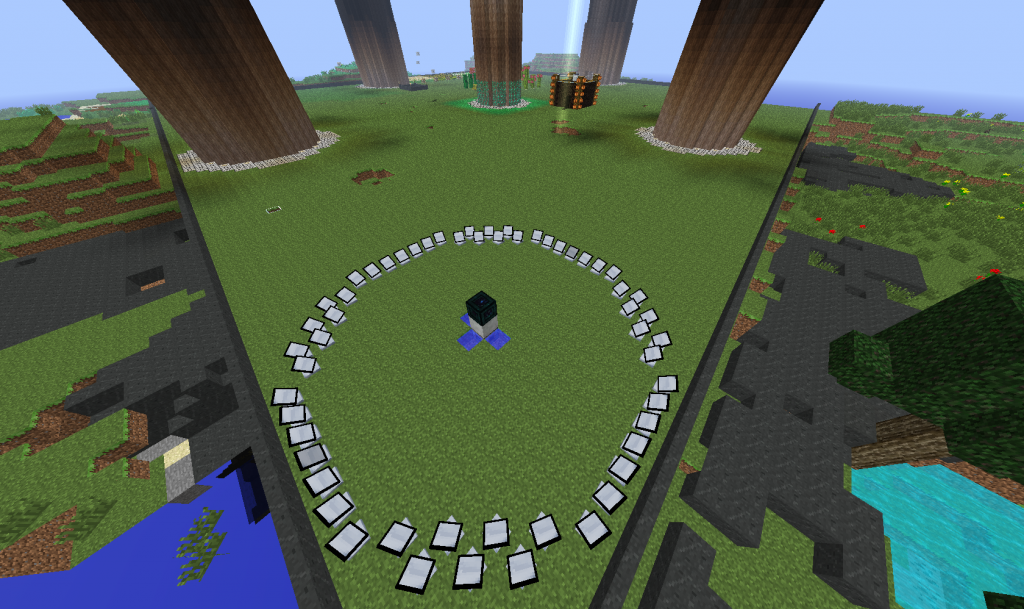 I've built a small test setup for solar mirrors, I'll be seeing if they work with various glasses and panels and leaves over them. This is not the permanent home for them, one of the treetops will be where it goes. I've got an idea for what the second tree will look like. I've got enough metal to highlight with blocks that are sawn into slabs, if not enough for solid blocks ... though, perhaps, aluminium.

Once the DW20 pack upgrades so that the elevators don't cost me exp anymore, I'll see about changing all the ladders over to them. Perhaps even a platform rather high up, covered in clouds, to hold IC2 Crops, when I get around to it. 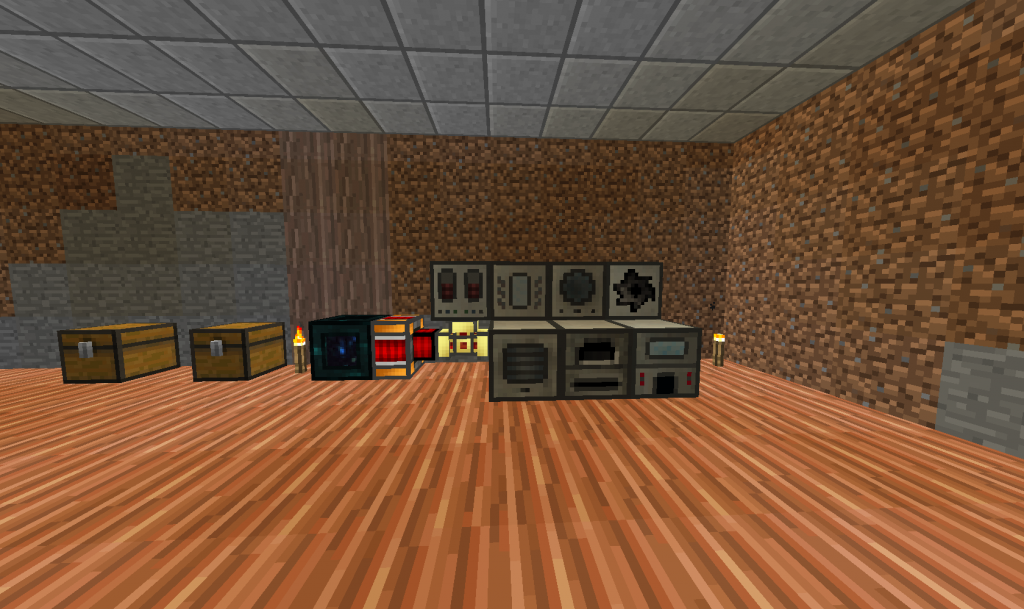 As you can see, I've got power out of my mirrors, and now my entire TE system is theoretically mobile, and this is a step to be taken soon. I've got 4 basements to dig out, some walls to decorate. Most of my rigs are temporary mind, I'll sort out foolproof instalations, or swipe them from somebody else.
Last edited: Jan 6, 2018

WOAH!
I was just clicking on the people I follow and viewing their last seen thread, and @Strikingwolf led me to this. I was scrolling down and about to move on to the next person (you know, huge blocks of text), when I saw the screenshots. I immediately scrolled back up and read everything. This build is friggin' cool!
Reactions: Kill-Joy, ICountFrom0 and Strikingwolf

Gideonseymour said:
WOAH!
I was just clicking on the people I follow and viewing their last seen thread, and @Strikingwolf led me to this. I was scrolling down and about to move on to the next person (you know, huge blocks of text), when I saw the screenshots. I immediately scrolled back up and read everything. This build is friggin' cool!
Click to expand...

I kinda stalk the forums sometimes
Reactions: ICountFrom0 and buggirlexpres

Well, I'm glad you find my work impressive. When I found the three trees in the first place, I knew something had to be done with it.

Lets see what else I can find for you good folks... 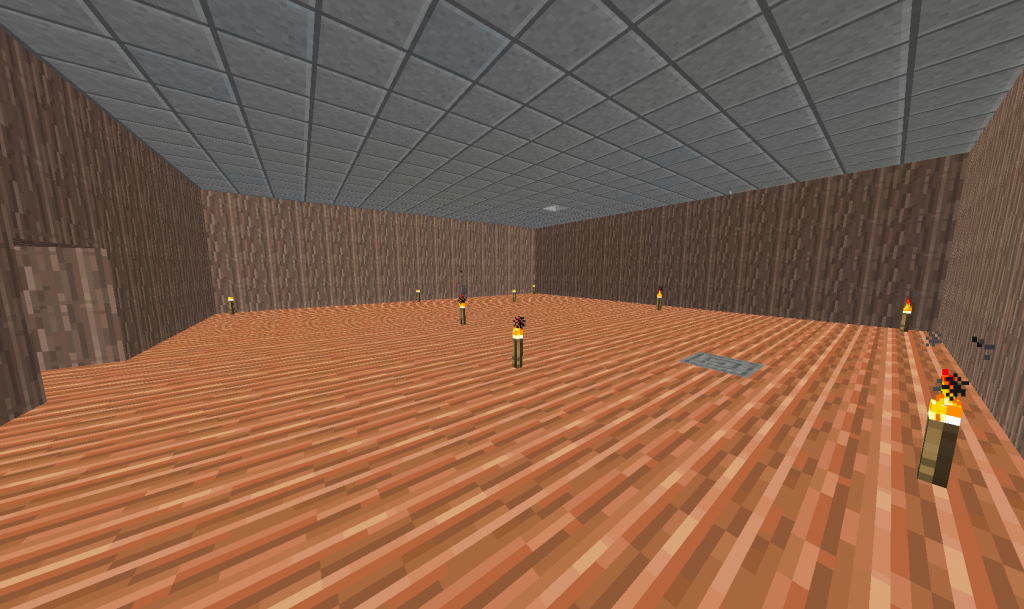 All 5 trees now have an underground room, the size of the chunk. The walls are redwood root, the floors are planks and I've placed half slabs of quarried stone, for now. Each of the trees will have a theme and the basement of each will be where the automation for each style will take place. It went much faster with the wand of equivalent exchange. Actually I made every focii that wasn't infusion crafting. One of my friends on the server got an icy staff, silver bossed, with frost focus on it for the help she gave me... 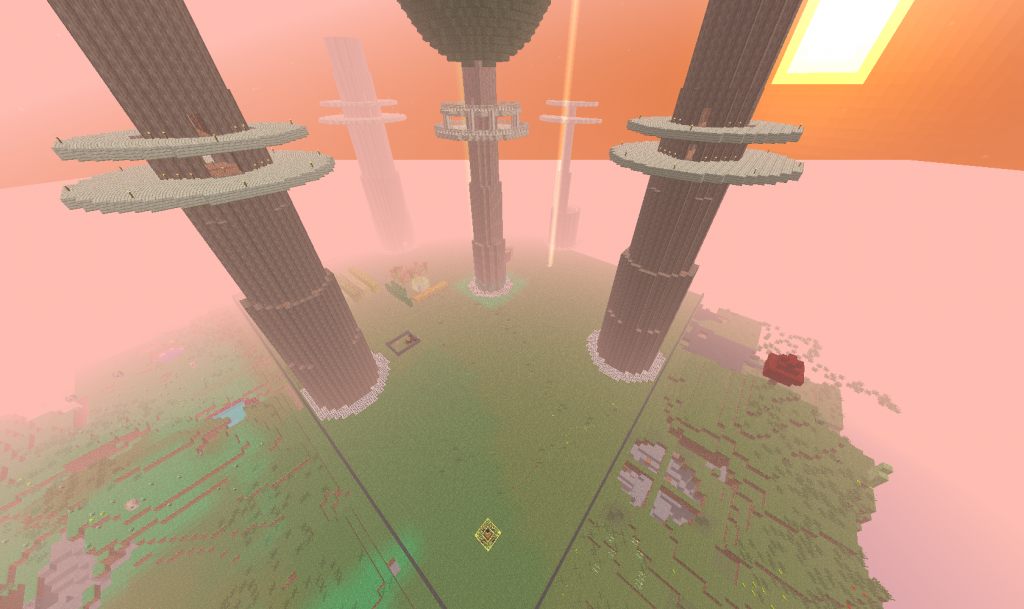 She's the server expert on Ars Magica. Also helped me with quite a few spells from her collection. For some reason when I'd gone through the portal in "The End" I seem to have lost my entire point collection. Having her rather larger point pool to pull from I'm far better off then I otherwise had been. 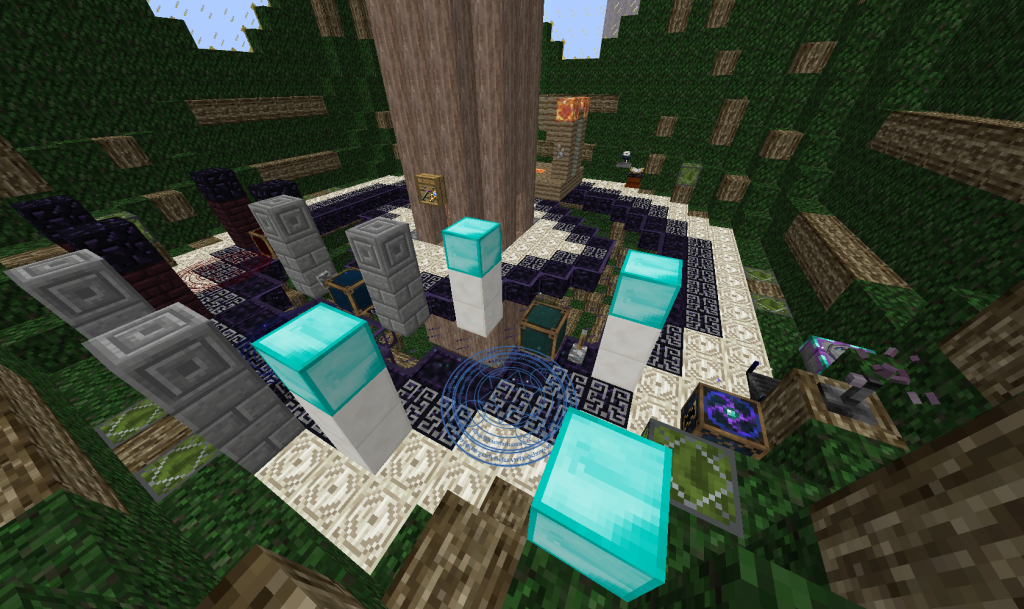 The rest of my work has mostly been cosmetic. Others on the server have been helping me clear the leaves and branches off my other redwoods. The leafblower is rather powerful in the glove, but hard to aim, so quite a bit still needed to be done by hand, as well as all the logs. 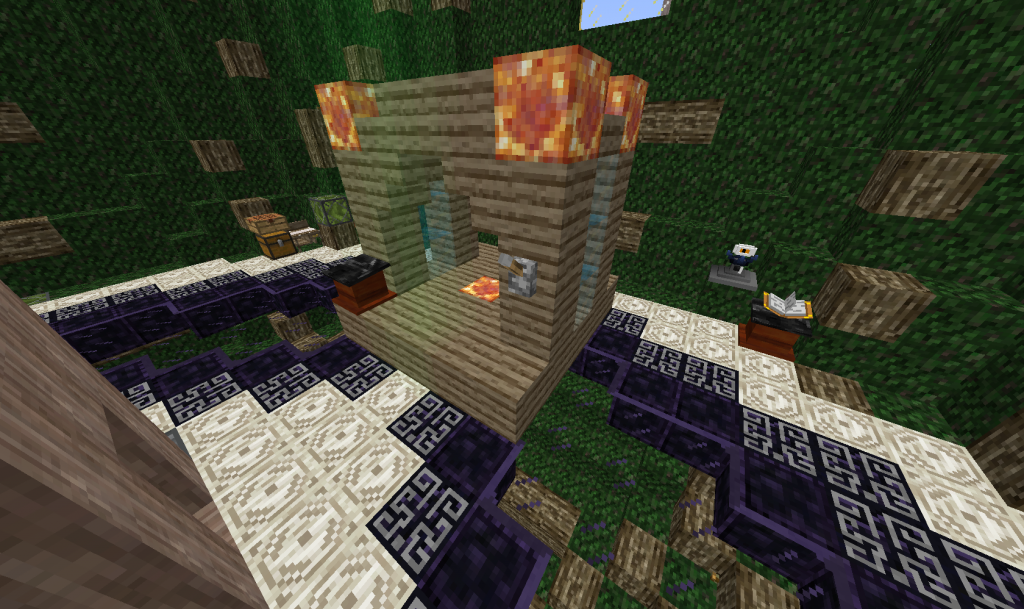 As you can see though, I did get the rest of the platforms up, and I hope the redwood trunks still look natural enough. If you look closely that's a sigil stand setup to handle moonstone.

As I type this I'm actually working on just one more thing....


edit: (I've got no trouble with pimping myself out for likes, but I do admit seeing likes on these helps to remind me to post updates. Thank you @Gideonseymour )
Last edited: Jan 6, 2018
Reactions: E_DM_B and buggirlexpres

Sadly no server is forever. Rather then chase my last minutes on the server on projects grand or tiny, I will instead give way with grace.

And okay, honestly, doing another tree dome right now, or more to the point, the 4 I would need to do, is not to my liking just to be able to take a picture and brag, not quite worth it.

So, instead I will be starting another world for a bit.

I will edit this to include a link, for those who care to follow.

I'm attempting techworld 2, with my computer not quite up to specs, wish me luck.

A bump here to let people know that I've finished fixing this story, I've got the pictures working again. It took a lot of work to get things up on imgr instead of photobucket. I hope there's at least one person out there who never saw my work before, who will show some interst in it (and maybe like my posts?)
Reactions: GamerwithnoGame
M

ICountFrom0 said:
A bump here to let people know that I've finished fixing this story, I've got the pictures working again. It took a lot of work to get things up on imgr instead of photobucket. I hope there's at least one person out there who never saw my work before, who will show some interst in it (and maybe like my posts?)
Click to expand...