What is the bug:
When attempting to Veinmine more than one set of Translocators instead of breaking all of them it will only break one, and it will consume all durability on the pickaxe and as much hunger as it would take normally mining as many blocks that would take.

It works with both Item and Liquid Translocators

Doing this levels up the tool several times and could be used as an exploit.

Before Veinmining, freshly made Iron Pickaxe, full hunger and Saturation: 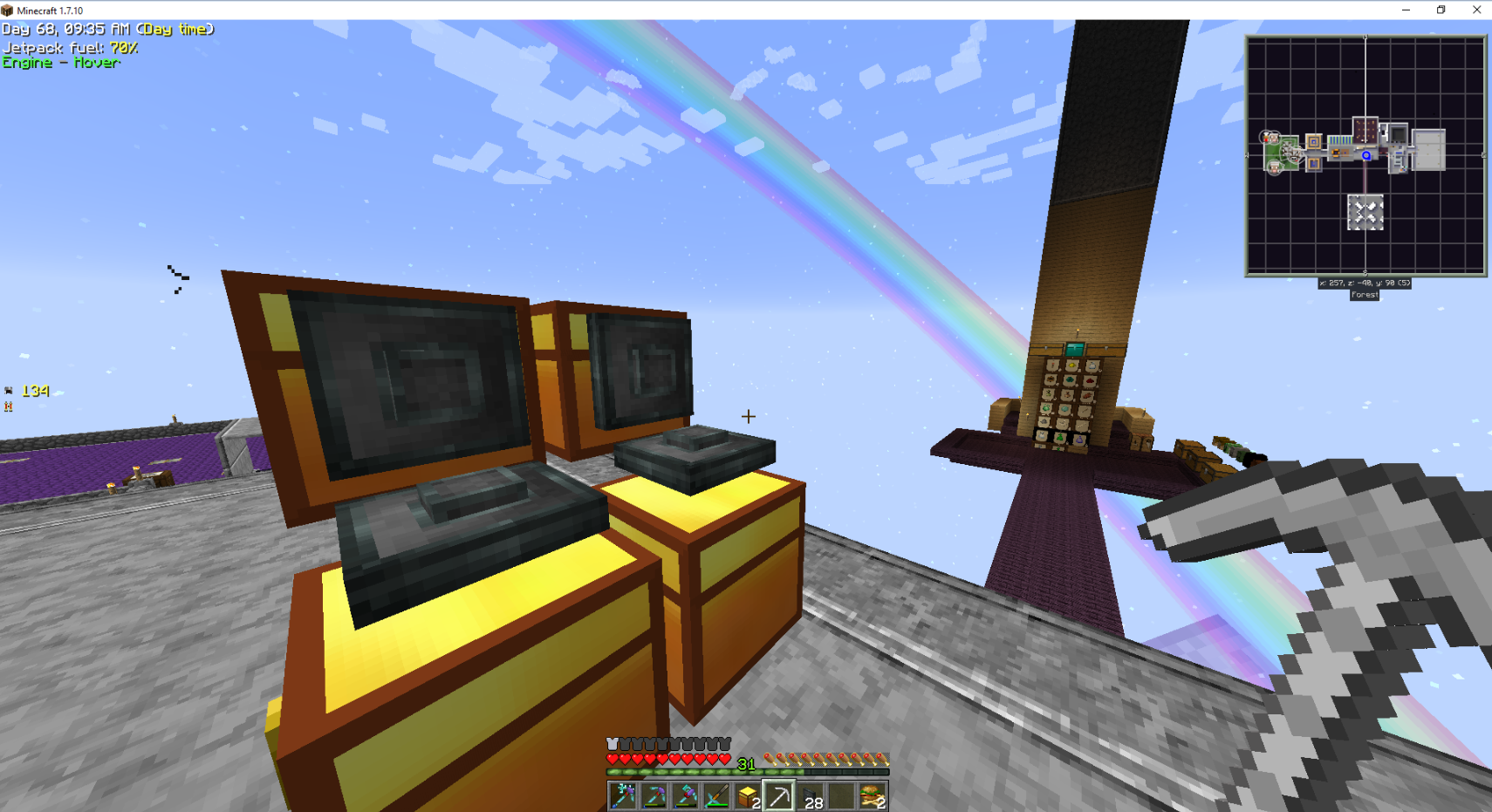 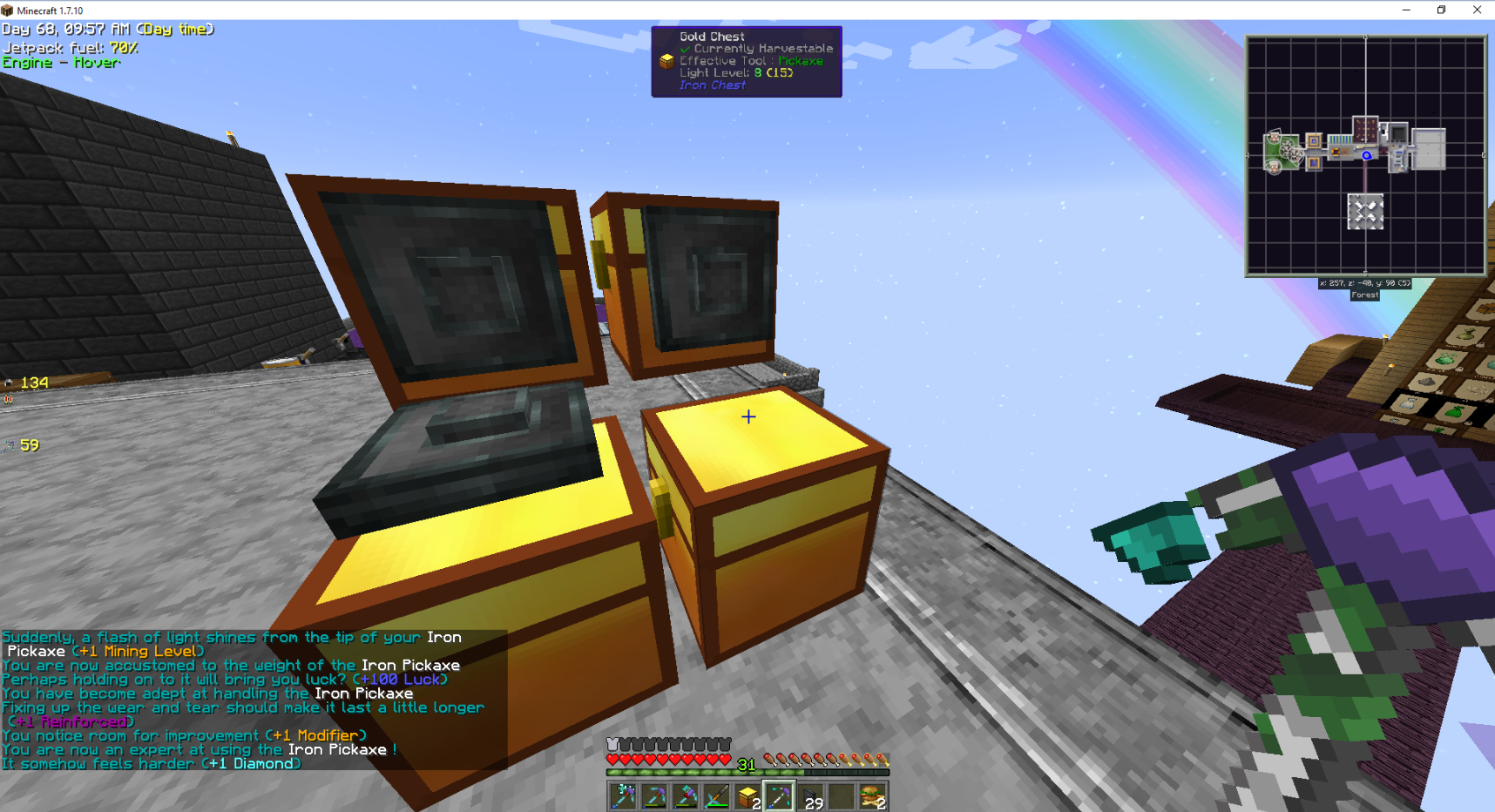 
Can it be repeated:
I have repeated the bug using several different types of containers that work with the Translocators, including Vanilla Chests, chests from the Iron Chest mod, Drums, Casting Basins, Furnaces, and Wood Barrels.

The Translocators must be in different block spaces, as attempting to veinmine multiple within the same block space just breaks the one Translocator you are mining and doesn't trigger the bug.