SynfulChaot said:
Facades for conduits for the upcoming Thermal Dynamics? 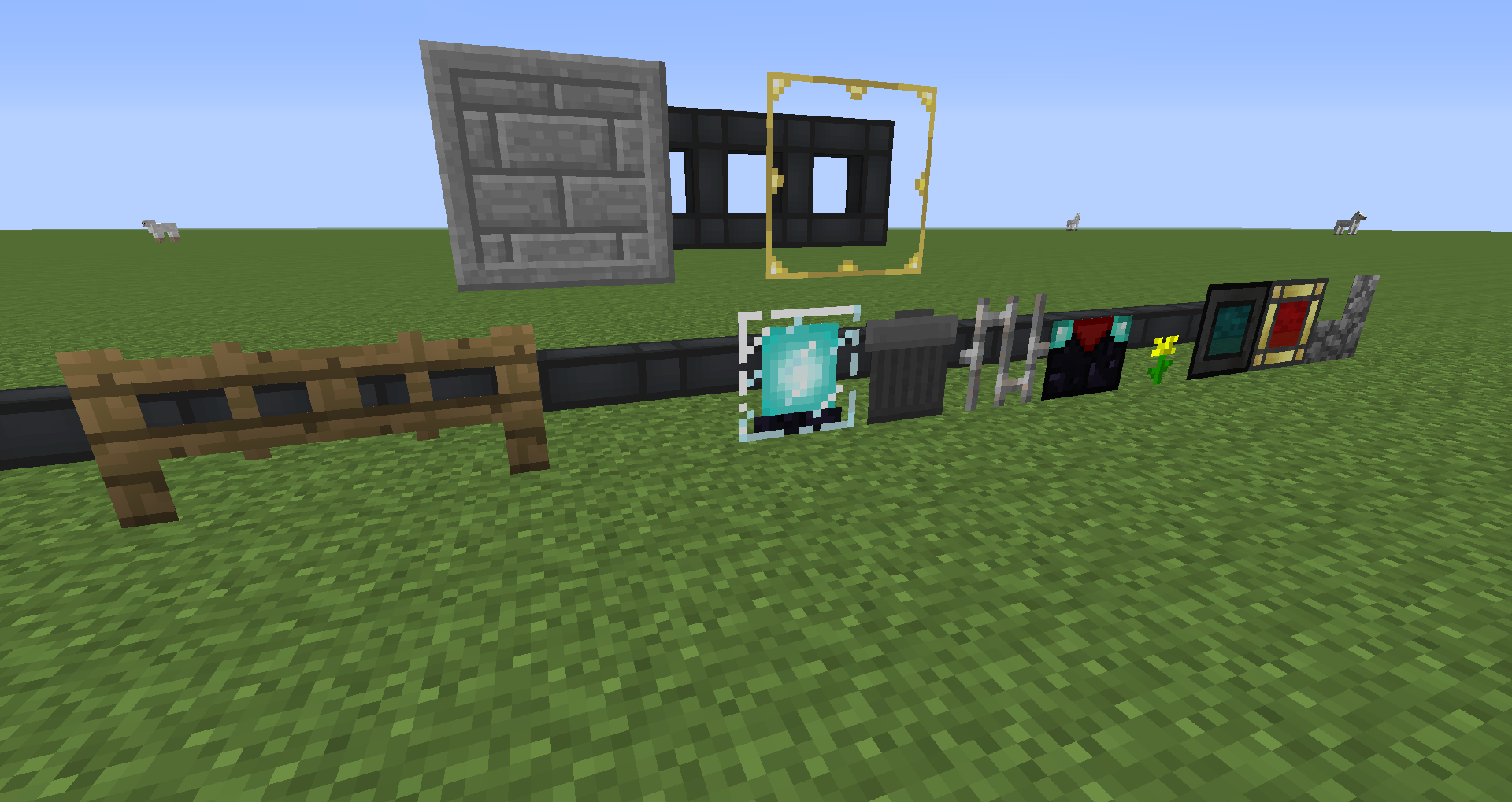 Where do you get pictures for thermal dynamics? I am so interested in the development of this mod ... but I can't find any information anywhere? Is there a place for that?
S

Warplord said:
Where do you get pictures for thermal dynamics? I am so interested in the development of this mod ... but I can't find any information anywhere? Is there a place for that?
Click to expand...

This one I got from Reddit, who in turn got it from Tema's Twitter. If you're interested in keeping up with TD's development, watch Tema's Twitter. He posts pretty teaser stuff from time to time.
Reactions: Yulife
G

I've updated Beacon to v1.0.5. Hope you like it.
Reactions: Lellson, 1SDAN, Yusunoha and 5 others
P

This update fixes a crashing bug when used alongside CodeChickenCore when both mods are set to disable creeper explosions doing damage.
Click to expand...

and @lumien with Custom Main Menu

Lumien said:
Custom Main Menu 1.1
This version breaks existing menus in that their buttons won't do anything. Look at the new action property on the curseforge post / in the default json file.
Click to expand...

DarkCow said:
ICBM 2.3.0 Build 26
Complete over rework from the 1.6.4 version removing a lot of old content. Content removed will be migrated to a few other mods specializing in that content. For example concrete, and camo blocks will be going to a mod called Military Base Decor. The mod will focus on adding blocks to build and customize military themed bases.

Changed to use Voltz Engine as the core mod instead of Resonant Engine.

and @WayofTime with Blood Magic

And here is another release of RFTools with mostly dimension related changes:

RWTema @Extra_Utilities · 12m 12 minutes ago
Very happy with the new Cover rendering. It auto-supports any connected textures and works with any non-TE blocks. 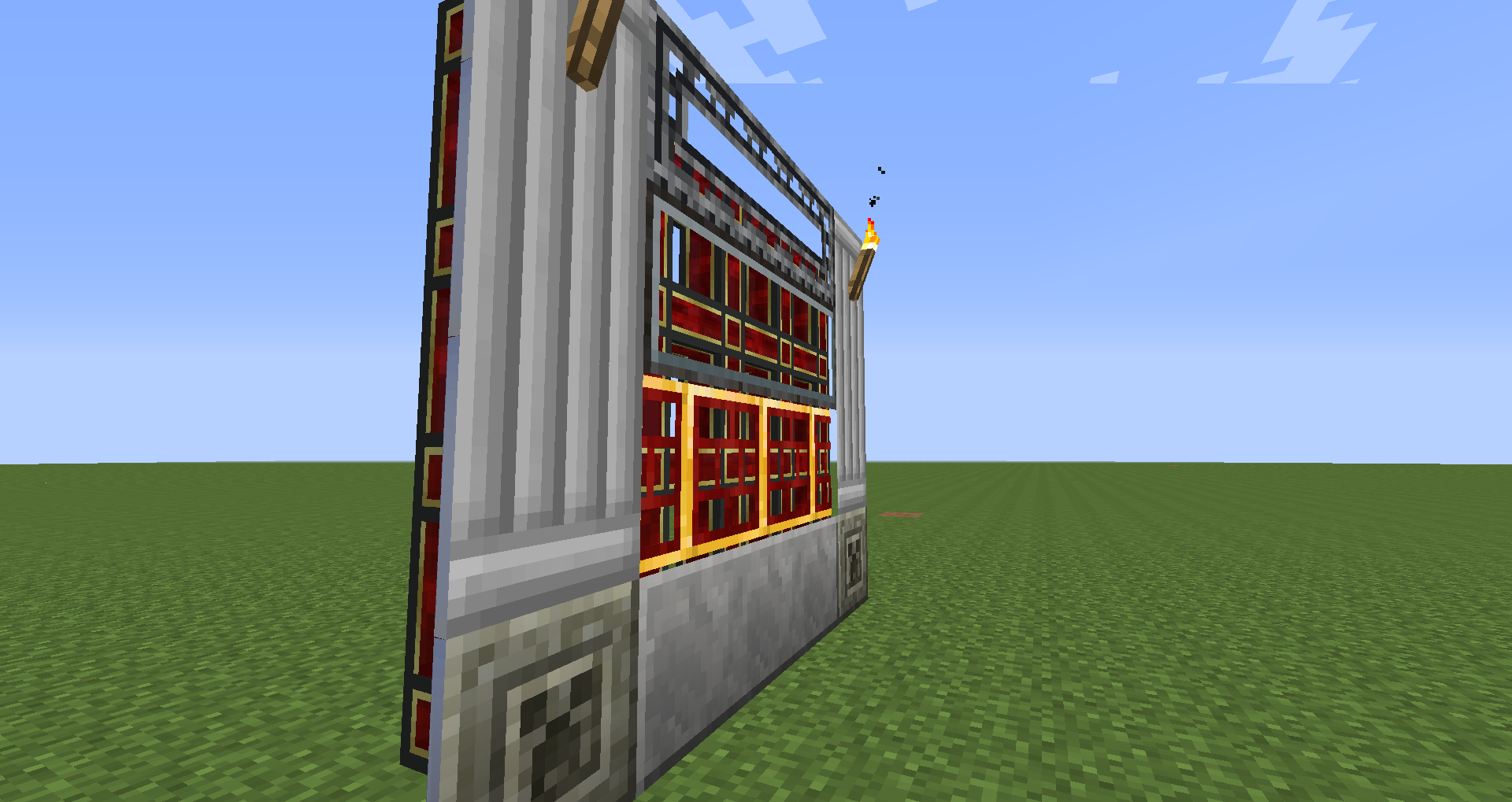 
and @Binnie567 with Binnie's Mods


and @BluSunrize with Traveller's Gear


and lastly a new mod by @NPException which is Dimensional Pockets
Click to expand...

Sweet Jesus that last mod, reminds me of Dimensional Doors mod, loved that mod to death but sadly appears to have been left back in 1.6 days =/
V

Important
- The 1.6 redesign is finished, time to work on expanding beyond Biome Islands!

Bugfixes
- Biome Compass updates when the End is regenerated
- Fixed Endstone Blob generation derps
- Fixed Decomposition Table yielding items with wrong damage
- Fixed Stats crashing the game
- Fixed crash that would happen when another mod stopped Endermen from picking blocks up
- Curse of Tranquility will no longer crash when applied to a player
- Enhanced TNT will no longer lose data when placed next to a redstone power source
- End Portal now renders correctly on AMD/ATI cards (the fix was applied to vanilla 1.8)
- Invalid Monster Spawners will no longer crash
QuiverBow Build 79 (by Domochevsky)

- Made some more adjustments, fixing burst fire not working for (quiver)mobs
- Improved Sugar Engine accuracy by 40% (turns out I wasn't aligning the pistons correctly. They created too much vibration as a result.)
- Added the Seed Sweeper
- Added the Ray of Hope
- Modernized the Obsidian Splinter Pistol, Spear Rifle and Wither Rifle. They now use magazines.
This also has the advantage of increasing their ammo capacity, in addition to making reloading easier.
Reactions: Lellson, 1SDAN, Yusunoha and 2 others
S

This is a magic mod that challenges the user to think. At it's core is an innovative power system which is nearly impossible to fully optimize. All features are documented via an in-game book.

Credits:
NOTE: This documentation is rarely-updated and may be out of date. Refer to the in-game guide for accurate documentation.

Basic Concepts
Types of Aura
Aura comes in all colors of the rainbow! (Plus black and white)

Crafting
One of the first practical uses for aura, used to make most mid-to-late-game items.

Four specific items, recipe dependent, are placed on the four pedestals. Then aura needs to fall downhill into the pedestals, creating a certain amount of power. When all the power and item requirements are fulfilled, the crafting is complete. A few recipes require that certain pedestals receive certain colors of aura.

Fairies
To start off, craft yourself a fairy ring. This ring is worn as a bauble. With this ring equipped, craft specific fairy charms and right click them, causing a fairy to jump out and fly around you. Shift-right-clicking the ring will dump all fairy charms inside the ring. Fairies each perform special effects:

Aura Consumers
These machines all draw power from adjacent aura nodes. All of these machines have extreme, often exponential, diminishing returns in terms of power pumped in, and none of the machines can store power for reasonable amounts of time.

Just want to give a big thanks to @Drullkus and @tterrag1098 for those cool new Chisel stuff! Emergency fix for a big and a smaller problem:

I managed to get Redstone Paste updated to 1.8 now too.
Reactions: 1SDAN, Vasa, GreatOrator and 3 others
Y

I actually hoped that the floating mobs around your head would actually have a little ghost body with the head of the mob you killed, and not actually the whole entity in a smaller size
Y

+ FMP integration for some basic blocks.
+ Books of lore that generate in dungeon chests. Feel free to write some lore and shoot it our way. (Item Icon from painterly pack!)
* Model for the armour editor, doesn’t have a texture yet
# Fixed the Energy Net for the new subclassed version of the RF api.
# Fix the Cast Iron Lamp
# Fix dupe bug with crafting items (hammer, drawplate and grindstone)
# Fix crafting bug with jars
# Start of fixes to the battery model​
Click to expand...

and @falling_dutchman with Better Horse Hud

and @EdgarAllen with Super Crafting Frame

EdgarAllen said:
Super Crafting Frame 1.7.10.2
Removed checking ore dictionary for interchangeable items. This is a temp fix for certain items that are in the ore dict but don't work with in some recipes.
Click to expand...

and @Emmanian with Placeable Items