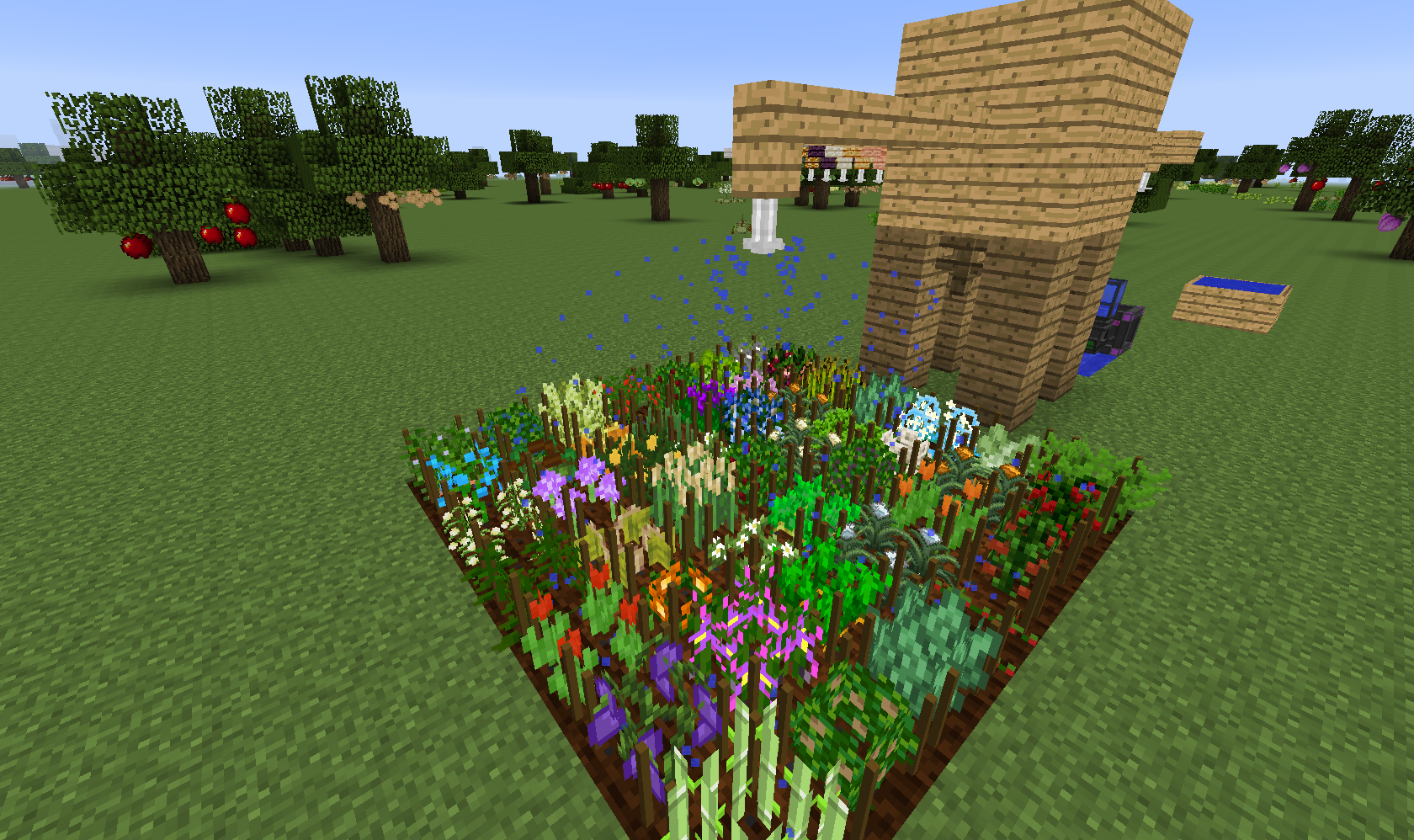 
- Changed Recipes to be cheaper

- Added dispenser behaviors for wrenches and frame blocks. Dispensers will place frames in front of them and can use the wrench to insta-break them.

Just in case people wanted to know what this version of Automagy has added;

Added Siren's Lure.
- "Brain in a Jar" research is no longer required to unlock "Crystalline Brain".
- Greedy and eager chests can now be opened when a solid block is above them.
Click to expand... 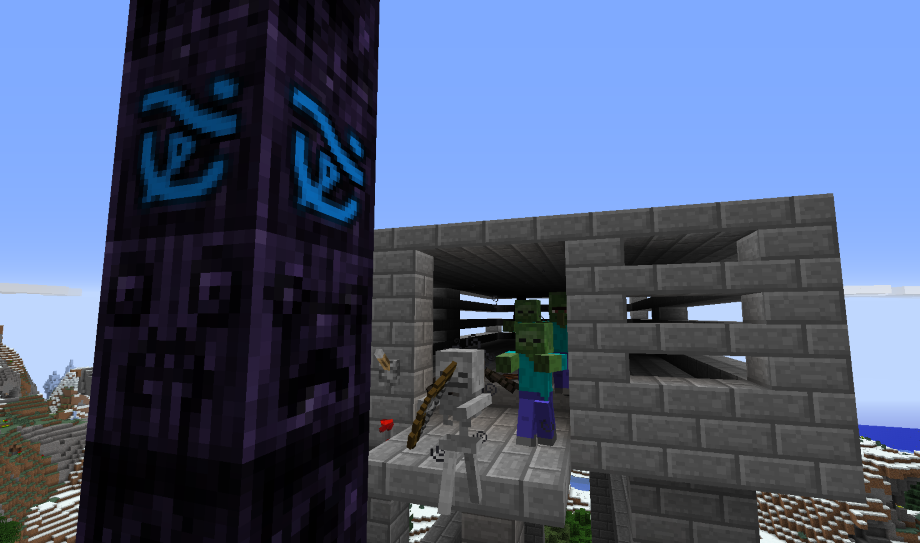 Can you guess what it does?

Fixided said:
Just in case people wanted to know what this version of Automagy has added;


Can you guess what it does?
No more MFR / ExUt rollers!
Take that Railcraft! NO MORE RAILS
FREEDOM!
Click to expand...

Is there any difference between that and the corporeal attractor from Thaumic Tinkerer?
Reactions: VictiniX888, Fixided and Skyqula
T

KaosRitual said:
Is there any difference between that and the corporeal attractor from Thaumic Tinkerer?
Click to expand...

It uses mob AI and forced walking rather than directly pulling things in. The attractor is perhaps more powerful at moving things to it but I believe it has a shorter range (certainly if you use the optional range upgrade mechanic for the Lure) and mobs will just stick to the attractor rather than walking toward the Lure and, if you set it up as I imagine most would, blindly stumbling off the strategically placed cliff. Also, the Lure prevents endermen from teleporting away.

So there's some overlap but they could be used quite differently.
Last edited: Dec 7, 2014
Reactions: Eruantien, KaosRitual, SynfulChaot and 3 others
V

Updated to 1.8
Removed IC2 Coal and Charcoal dust conversion because IC2 is not updated to 1.8 yet.
BetterRottenFlesh 1.0.1.0 (by shauncjones)

A couple of new mods!

Description
Many people (myself included) dislike the vanilla nausea effect in that it causes headaches / sickness while looking at it. This mod allows you to replace the nausea effect with something else or just completely remove it.

Usage
When you first install the mod on your client it will be in mode 1, instead of the swirling nausea effect your controls for left and right will be inverted. In the NoNausea.cfg file you can change the mode to one of these:

Feel free to use this mod in a modpack
Click to expand...

Well that is specific and heart warming.
Reactions: RenzosNips, CoolSquid, Yulife and 1 other person
N

MineMaarten @MineMaarten · 15h 15 hours ago
More programming space is needed. how about dragging and zooming? Also,anyone want to take a guess at the new pieces? 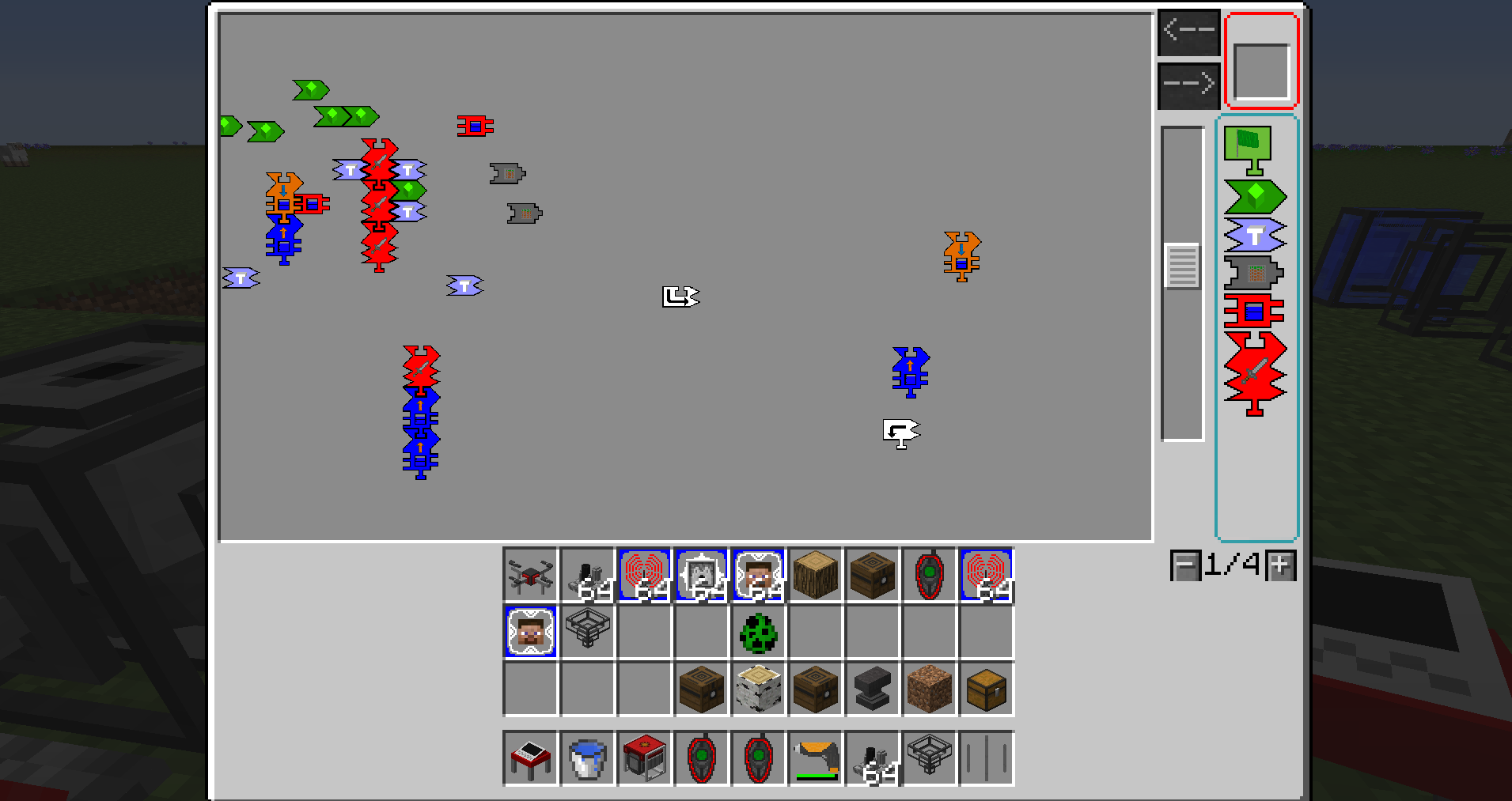 DZCreeper said:
Well that is specific and heart warming.
Click to expand...

I was mainly pointing at the new 3D jetpacks, which require them to make 20 new textures to fit the models. Very tedious and boring.
Reactions: LivingAngryCheese, Blorph, Fixided and 5 others
V

tonius11 said:
I was mainly pointing at the new 3D jetpacks, which require them to make 20 new textures to fit the models. Very tedious and boring.
Click to expand...

Boring and tedious but not impossible!
Reactions: LivingAngryCheese, Fixided, Yulife and 1 other person
N

tonius11 said:
I was mainly pointing at the new 3D jetpacks, which require them to make 20 new textures to fit the models. Very tedious and boring.
Click to expand...

It should not be hard to make an integrated texture sheet for each of them. But that would be the devs call.
Reactions: Yulife
V

Guess what, guys? You can now COPY SFM setups!!! 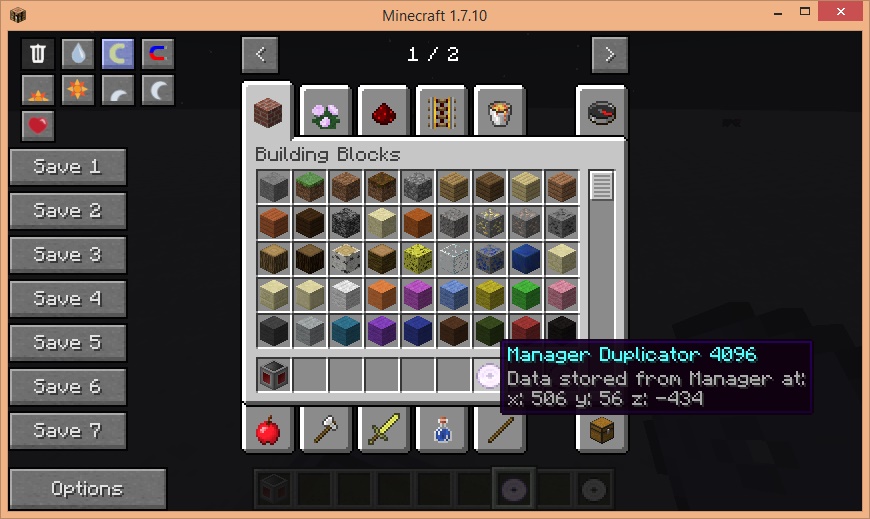 Beta 2
The RF Node doesn't behave like a normal SFM node, no need for a trigger. Just connect input nodes to output nodes and you're set. RF Nodes can be added to clusters.

Leave feedback please! I don't have time to thoroughly test this stuff - it works with TE4 as far as I can tell with no errors but other things might introduce weirdness.
Reactions: Vasa, Yusunoha, SynfulChaot and 5 others
Y

The last coupple of days, when i'm trying to reach computercraft.info (the home of CC, derps =P ) i'll get thrown a 522 Error - Cloud Flare working but the main host down.

Is it just me, or what is happening over there?

Relatively new mod Extra Food, adds in a bunch of new food to Minecraft from sandwiches to Bacon! The mod comes complete with a cookbook, for instruction on how to cook all the foods in the mod. It adds in 3 new blocks, and 2 "utility items" plus over 35 types of new food.

Everything for the latest release:

The Developer is looking for feedback and bugs!

One time.... There was a mod that was mentioned before (kinda poorly though, no offence)
Then a hero, a handsome, courages, intelligent shield named Fixided (Oh stop it you (˘v˘· )¬ )
mentioned it ONCE MORE! Cuz' I be rebelin'.

Power Nodes' is a mod that adds energy nodes (and one Liquid node)for minecraft!... It doesnt have it's own powersystem as such, but using other powersystem, like RedstoneFlux, IC2's, Bc's and Pneumatic craft's pressure system. With Power Nodes you can place a node on one System, and place a new on another System. But, you cant transfer energy between different PowerSystems..

From version 1.1, the Powernodes mod also have a liquid node, which transfers liquid!.. & RedstoneFlux nodes!.. With lots of optimization, bugfixes and performance optimization!.. The whole mod has been rewritten!
Click to expand...

Look at these beautiful puppies!

Is there any documentation for this mod? Like if the nodes through walls or in any configuration except a straight line?
L

Bug fixes. The new aquatic stuff should work better now. A few bugs paid the ultimate sacrifice for this release - I hope their friends were paying attention.

This release focused on immersed plants, aquatic crops and food items. There's 18 new plants to enjoy along with several new foods to craft.

The immersed plants are actually located in the block above water and render both upwards and downwards from this block. Some mechanics don't work exact, like breaking the ground block below these plants doesn't pop the plant, but they are as good as they'll get given how they've been implemented.

These were 'interesting' plants to research and add to PMP - I hope you enjoy them.