What should I do now? [PhoenixCraft II]

Hello everyone! I've been doing something that, well, is something I never do. In a slightly modified PCII, I've been building a base that looks nice. Now, I'm terrible at making things look nice, and the nicest thing I ever built was the spawn platform in Running Red. So I need your help. How can I make this look nicer/what should I fill it with?

Of course, I'll start with the Blood Altar. It's a Tier Five, and although activated, the beacons don't do anything (I didn't have much of a use for them, with Sigils of Haste and stuff). So, they're just aesthetics.
My main problem with this layer is that I have no idea where to put my rituals and have them look nice, aside from floating above. I suppose I could do that. It wouldn't be too bad. I sort of need your opinions here.

On one side, there's access to the AE2 system

And the other, an elevator downstairs. Nothing too fancy, just Openblocks.

This is one of the nicest looking things I've made in a while. There's access to AE2 on the wall, and some Lumium Lamps lighting up everything.

This is the entrance. For now I just fly in (Extra Utilities wings FTW!), but I'm trying to think of a better way. For now it just cuts off. This is another area where I need help. What should I do for the entrance?

This is the main room. There's not really much in it right now. In the center, there's the ME Controller (far bigger than it has to be, but I'm swimming in resources at this point), lit up by some Lumium Lamps. Next to it you can see the pathway to the elevator.

This is simple lava extraction with a BM ritual.

This is the Lava storage from the aforementioned ritual (not a lot here, being processed into Obsidian for ritual reasons) and a Tesseract that is accepting power from the bottom. I just put it there because why not.

Just machines. No particular use, other than throwing stuff in when I need to.

This is the terminal station in the center of the room. It has all your usual monitors (blue, main network) and a pink one that is hooked up to a sub-network.

Here's a couple shots of the system from when I was building it. There are quite a few Drives filled with Cells (I really went overkill on this). Blue Network can access everything in the Cells.

The Pink network, however, can access the actual cells, allowing me to add and remove cells from the drives, without ever seeing the items within the cells.

Here's where all the portals are. As of now, it's just Twilight, Deep Dark, and Nether. I know this room needs some work done, but I don't know what to do. Suggestions?

I know this is a lot, but I'm trying to get better at building aesthetically pleasing things. Any help would be appreciated.
Reactions: Kill-Joy, GreatOrator and Yusunoha
S

Maybe the exit / entrance could have an archimedes' ship link to the main land?
Reactions: SatanicSanta
M

For your rituals, i would suggest making some extended platform on each side (let's say binding, unbinding and another one?)

Another thing you could do is give your base a base! It just all loke floaty right now, which is wuite boring IMHO. They are many structure (even unrealistics one) you can use to make it hold on the ground

make a pointed bottom, and use botania pylons at the bottom to make it look like your base is floating via the power of maaaaaagical crystals. That, and you could use the floating chunks of dirt with flowers on them as a replacement for potted plants.

as for rituals, what kind of rituals are you planning?
Reactions: egor66

madnewmy said:
For your rituals, i would suggest making some extended platform on each side (let's say binding, unbinding and another one?)

Another thing you could do is give your base a base! It just all loke floaty right now, which is wuite boring IMHO. They are many structure (even unrealistics one) you can use to make it hold on the ground
Click to expand...

I believe you may have neglected to notice the fact that this is a skylands world.
J

Maybe make a way so that whenever a jordsta95 joins she gets a bunch of OP stuff? :3
Reactions: ThomazM and pc_assassin
R

The main issue I would raise is that it's all very monochrome-a lot of grey and white with little contrast between wall, floor, and ceiling.

As you're using marble, you may want to try using some sky stone blocks or bricks (i.e. the smelted versions). I find they work quite well with marble and produce a nice contrast. It may also be worth using some other varients of marble or another block to add some sort of pattern to the floor in the larger rooms-while it's fine in the narrow corridors, I personally find that the floor is pretty uninteresting in the larger rooms.

All of this is of course my opinion on what looks good, so feel free to give it a go and decide you don't like it I may try to grab some screenshots of my 1.7.10 Unstable world base because I used quite a bit of marble in that one.
P

jordsta95 said:
Maybe make a way so that whenever a jordsta95 joins she gets a bunch of OP stuff? :3
Click to expand...

Best idea I have heard yet 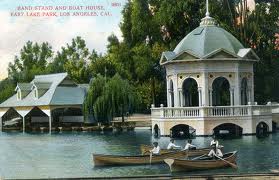 Here's a couple of rooms from my base in Unstable-bear in mind that it is unfinished due to other issues and lacks a bit of polish. I generally try to have the floor, ceiling, and walls being different colours/shades that work with each other, and I try to avoid using all the same blocks for the entirety of one of them. 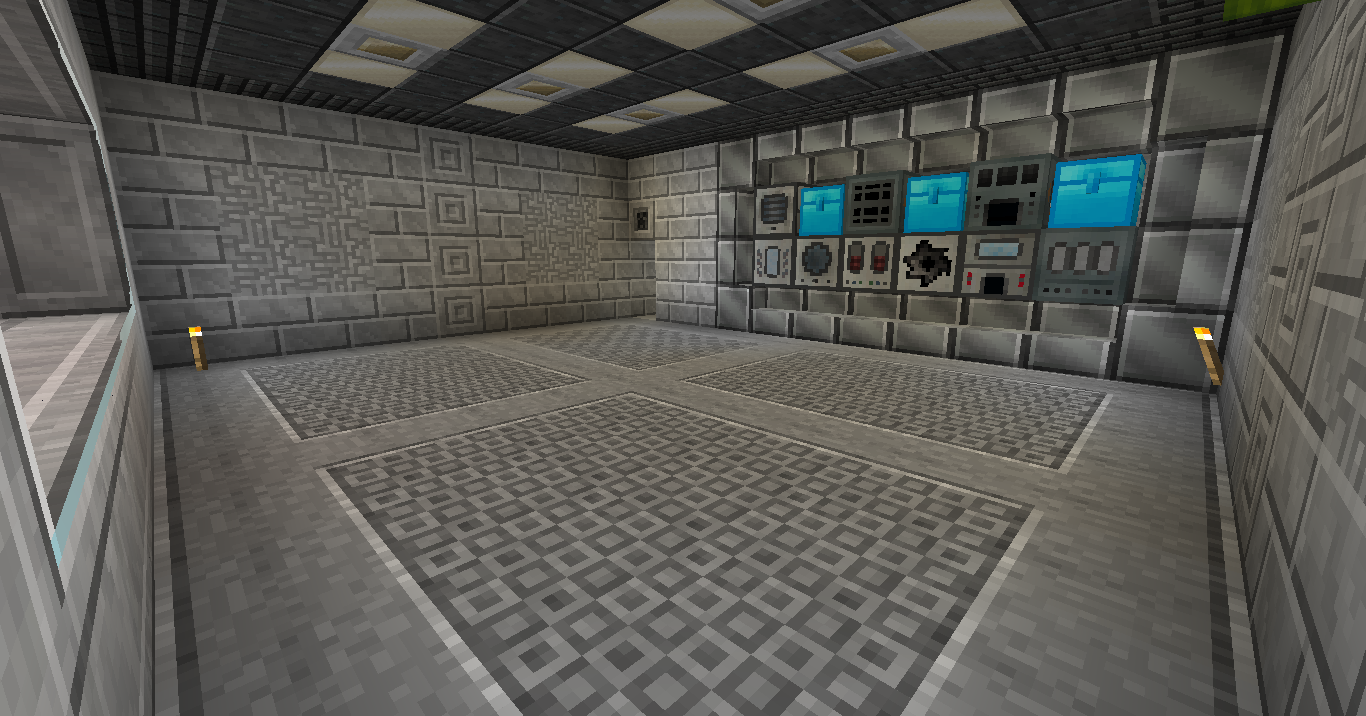 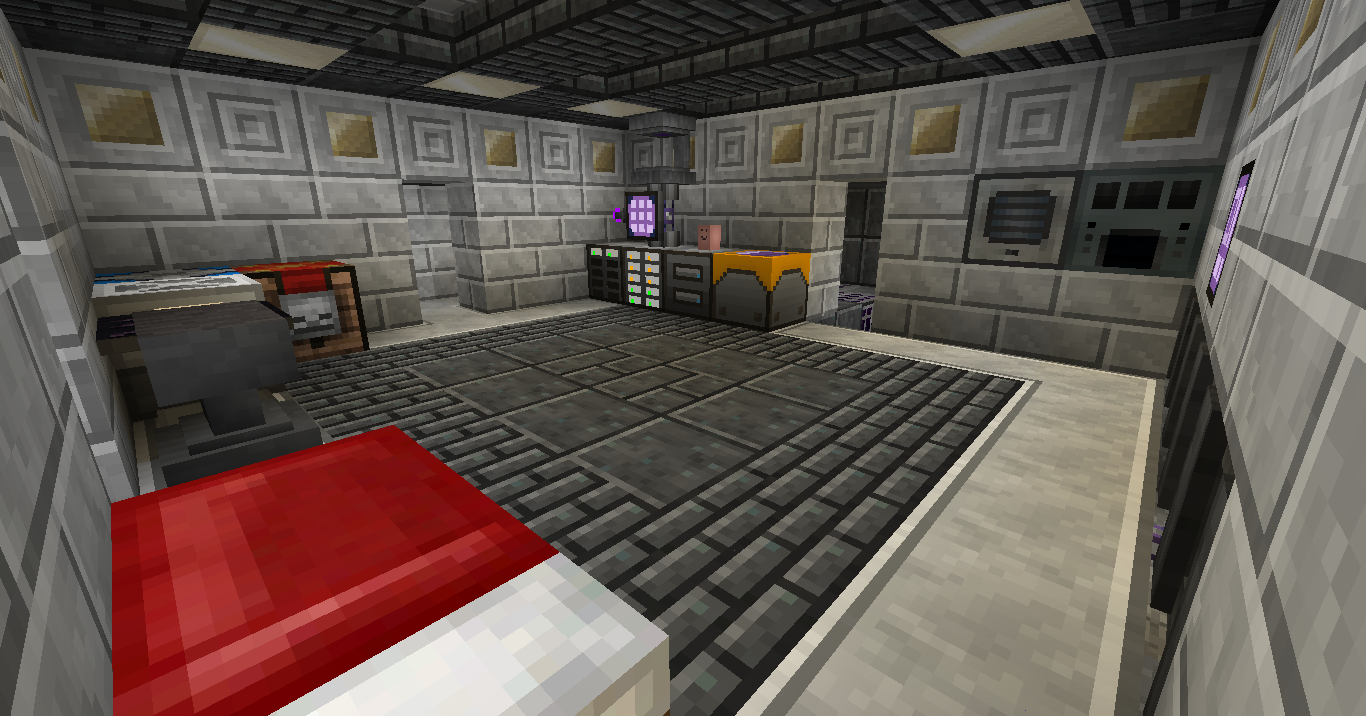 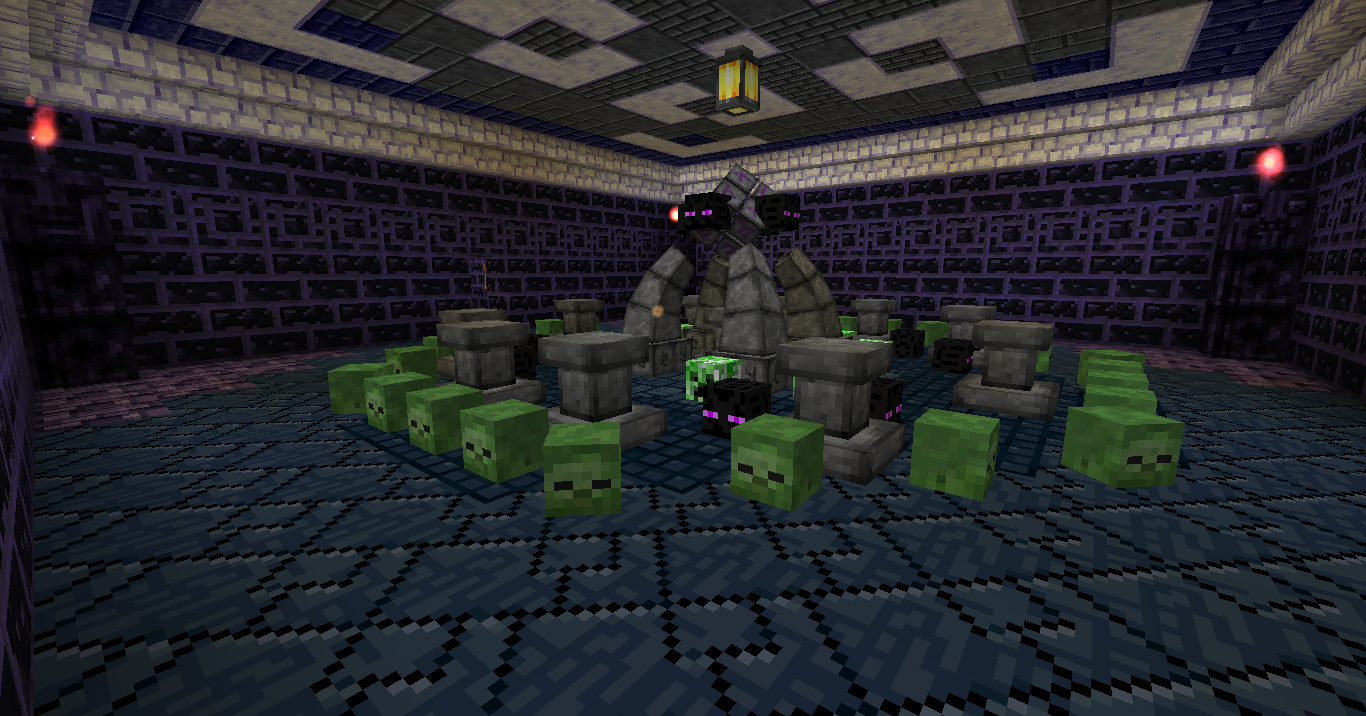 the_j485 said:
I believe you may have neglected to notice the fact that this is a skylands world.
Click to expand...

Try to avoid having your BM rituals bunched together. Have a few key rituals close to your altar, maybe above it via elevator, and use other rituals where they're useful (like your lava ritual in the main room). Also, spacious rooms can be aesthetically unappealing if there isn't very much in them. Avoid wide open spaces, and try to have a 'centerpiece' in each room. If you can, use something functional for the 'centerpiece' (i.e. Infusion Altar, Blood Altar, ME Controller, extra generators, etc.). If you can't find something functional, use something purely aesthetic, but don't go overboard with it, keep it simple! And always use colors that contrast well. Most important of all, be creative. You'd be surprised by what you can come up with!

(despite the professionally worded paragraph you see before you, I actually don't know that much about decoration, so keep that in mind)
Last edited: Nov 21, 2014
O

I wonder what's keeping that base afloat.

OnmyojiOmn said:
I wonder what's keeping that base afloat.
Click to expand...