You can now find updates to Direwolf20 pack, Mindcrack pack and MagicWorld in the launcher! You can also find the new TechWorld and Lite packs.

Updating users are advised to backup their saves, you will get a screen that looks like this: 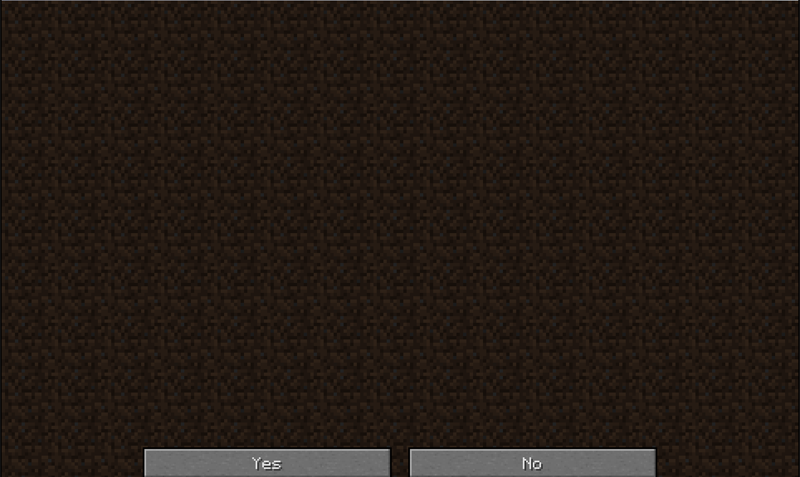 but clicking 'Yes' should not ruin your world, and we have found no disappearing items/blocks. but again, remember to save backups of your worlds!
Reactions: Daniel5143, TiGSpudgeaholic, spudy12 and 1 other person
I

Trying to download the new server files, but it keeps taking me to the creeperrepo.net.
Are the links being updated or why does it do this?
Reactions: wonderprince302 and SeanWcom
Y

yay, I was waiting for the update, great that it's officially out now
C

is there a changlog for the packs?
Reactions: Alcarkse
S

CreeperRepo links appear to be dead... users are already updating their client... oops!

Nice to finally see the update, to bad the latest Forestry didn't make it.

charcolt12 said:
is there a changlog for the packs?
Click to expand...

I found this post has a bunch of info.
O

charcolt12 said:
is there a changlog for the packs?
Click to expand...

same here, i really would like to have a changelog at least for the official FTB packs (Mindcrack and Direwolf are the important ones for me)
S

I haven't checked the client config for forestry yet but it seems like you guys missed a block ID for the farm block(unless this is intentional). Just wondering if I can safely set this to "I:farm=952".

edit: disregard, I just checked the pack and it seems like it was included all along, I made have been getting a cached zip file.
S

Same problem for me, I get this every time I update.
R

What makes FTB Lite, lite, other then there not being Mystcraft and Twilight forest?
Reactions: Dravarden
S

I think I found the problem... Wrong version of Optifine maybe?
S

Optifine is not compatibile with newer versions of Forge. The Optifine mod author is working on fixing the problem. This is mostly an SSP issue though.
Reactions: Isentiototus
E

Scaffolding said:
Optifine is not compatibile with newer versions of Forge. The Optifine mod author is working on fixing the problem. This is mostly an SSP issue though.
Click to expand...

I don't want to sound ungrateful at all, because I really appreciate everything you guys are doing here. I really love the packs, and I love that they are up to date. However, every single update to the dw20 pack so far has had block ID changes. The first few didn't effect me personally because I hadn't placed any of the railcraft items they messed with. However, since then, my friends and I have started playing on our server rather than I alone in my single player world.

The reason we always got frustrated trying to play with a pack I put together for us, then when using tekkit, was because every time an update happened we basically had to start over. If you're going to be making these packs which update every few weeks, especially if people are playing along with direwolf on his map releases, the IDs have to match. Even a couple of mismatches is enough to screw up the world sometimes.

Again, I really appreciate everything you all are doing, but if we're going to have updates so frequently then can we please try to be sure to get all the conflicts and ID changes stamped out? Nobody wants to have to remake their world or fix a whole server that's suddenly had a bunch of blocks explode every couple of weeks. It's really demotivating.
Reactions: Danman, Santhil_Kafar, Phil_Tact and 2 others
D

russjr08 said:
What makes FTB Lite, lite, other then there not being Mystcraft and Twilight forest?
Click to expand...

It's a lighter load on servers and your own computer if I remember the plan. Look at it as the version for those who haven't got the best computers but want to still play FTB.
B

changelogs for the packs ...