You are using an out of date browser. It may not display this or other websites correctly.
You should upgrade or use an alternative browser.
L

this is one hard modpack.. is it intentional that almost 80% or 90% of the mobs that spawned are infernal? the top of my base is camped by 4 orange named witches that poisons me when i try to attack
K

gukliuyk said:
well the skellys take 1 dmg at a time and regens way more than that

Found gravel in creative mode underground deep underground so in theory you could punch your way there, Also NEI seems to lack a recipe for the sieve
Sorry also for being so harsh early on through creative unclocking ive discovered several of the first quest havent even got any proper rewards and only place holders (although 128 brass for 4 blocks a bit steep) so yea very early, early alpha build i guess :3
Click to expand... 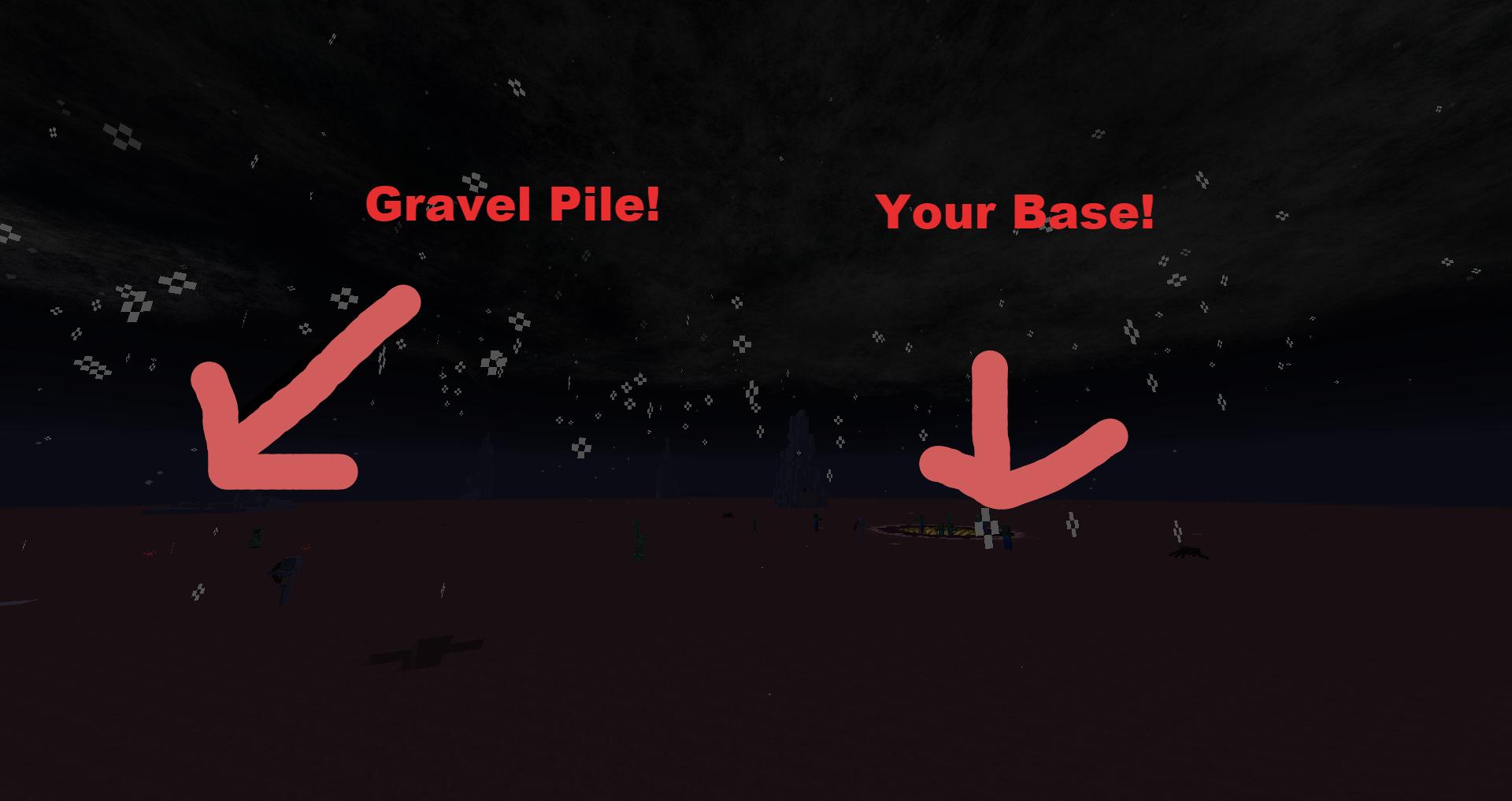 Also, currently extra mobs 100% is only for magma cubes and witches...Sieve is disabled to encourage exploration rather then 24/7 afk right clicking which might get abit boring *winks.


CryptoHue said:
Like what the others have highlighted. There was no way to mine anything from the spires. Plus the insane amount of special mobs spawning the moment you go near the spire.

Maybe you could highlight that in the quest book that torches can help you fight off hypothermia so that noobs like me won't be confused. I'm glad to see that you have added 1 torch with the update.

How about fighting off insanity? I went to the spire n fought off the mobs, ran away... And went insane. Lol

Maybe you should state that this is not a pack for noobs.
Click to expand...

The third quests solves your problem about insanity XD 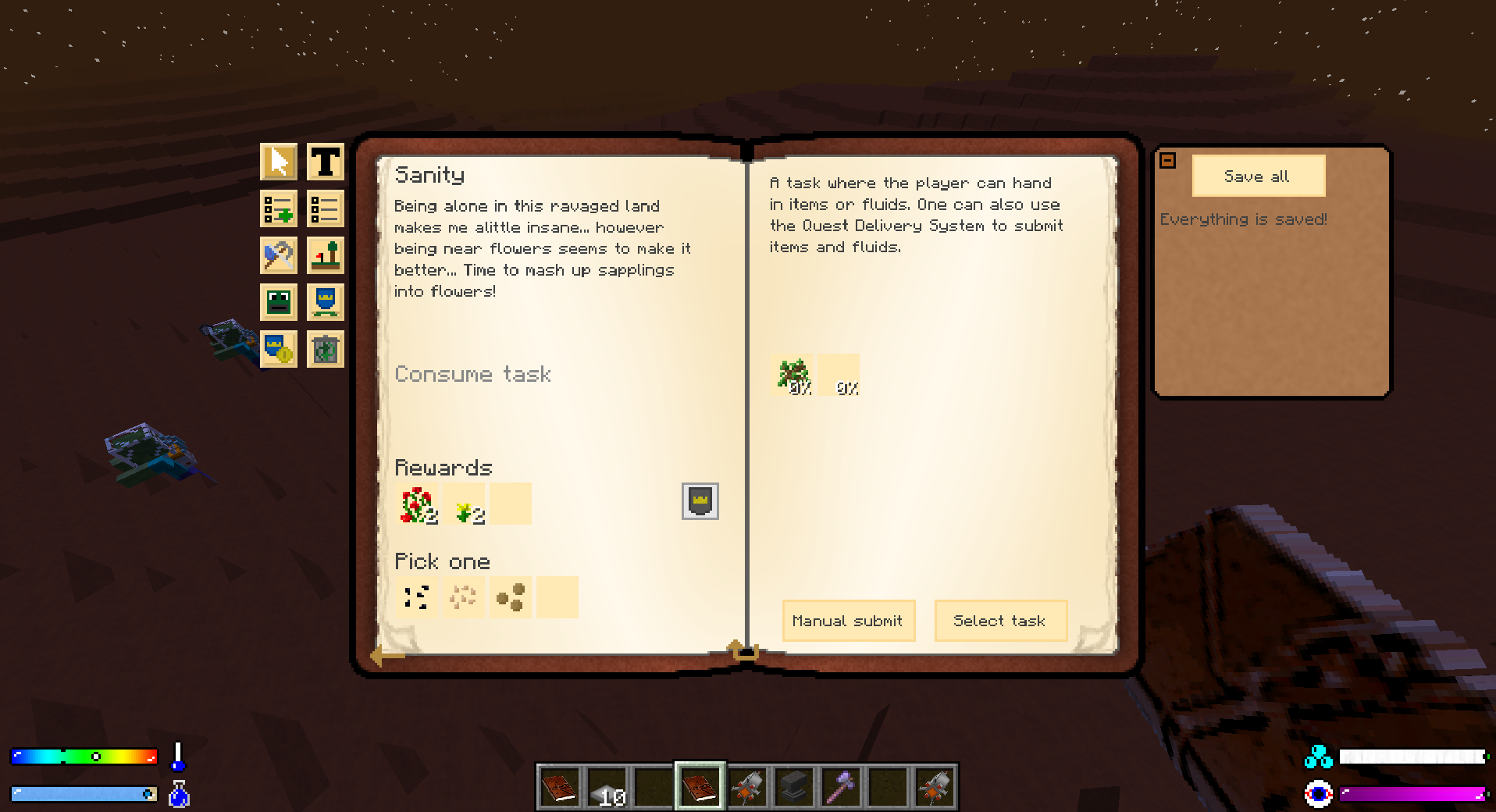 k9officer09 said:
when will additional quests be coming out. This Seems to have major potential to be a great pack
Click to expand...


busterdude said:
how do we get the ores the pickaxes you can make with Tinkers can only mine stone
to mine ores you need iron Tinkers pick to get them ?
Click to expand...

http://www.curse.com/mc-mods/minecraft/223248-iguanas-tinker-tweaks#t1:description
Pickaxe Mining Level Boosting
So basically either use mob heads or start mining around/expand the basement of the base to get the pick to level up!

EDIT: Version 1.0.1 NERFED WITCHES and MAGMACUBES in the latest update! They wont be 100% OP anymore! However to ensure the balance of power, zombie piggies in the nether will be 100% infernal, so be sure to get a jet pack before blasting off!

Second TEMP nerf, ONLY zombies and spiders got xray vision on you now! All other mobs shouldnt stalk you like a ninja anymore =)!

Thirdly, quests rewards will be rebalanced accordingly in probably 1.0.2

Thanks for the feedbacks guys i really appreciate it =)
Last edited: Dec 4, 2014
C

Thanks for the info. I'm definitely going to try it again once I reach home from work. I'm glad that you came up with this modpack and your are actively updating it. Thanks for the hard work!
K

CryptoHue said:
Thanks for the info. I'm definitely going to try it again once I reach home from work. I'm glad that you came up with this modpack and your are actively updating it. Thanks for the hard work!
Click to expand...

No problem! If you guys run into bugs with progressions etc feel free to post here =P as this is a beta pack there bound to be areas i may have overlooked when i made the pack =c
L

*Edit*
forgot we can sieve gravel to get ores XD
K

*Edit*
forgot we can sieve gravel to get ores XD
Click to expand...

so what can copper pick mine? =P
L

uhhh.. i think ill wait till the update for the pack is available in the launcher, im not going to go near those spires for a while.. i got swarmed by infernal magma cubes like crazy and those spires are trolls ... there is a secret in the cores of those things
K

yea wait for the update!
did u try leveling the bone tool more then once? using a creeper head?
L

Ah ok, good luck getting the ores then =P
L

tnt + ores + leavers = ores? i get the ores (decreased amount but still get them ) i guess those trolling spires do come in handy
K

Lharoi said:
i just discovered or rediscovered a way to get iron ores without doing copper pick head route

tnt + ores + leavers = ores? i get the ores (decreased amount but still get them ) i guess those trolling spires do come in handy
Click to expand...

Do note, only the nearby spires have tnt in them =P it was from a previous failed tnt tarp! Those new spawning one have ores in place of tnt! Zinc ores to be precise
F

I hope you submit this so that you can get some of the ftb teams lore writers because they are good at putting in new quests.
K

This pack seems promising but I think I will wait a couple days until the rough edges get polished....