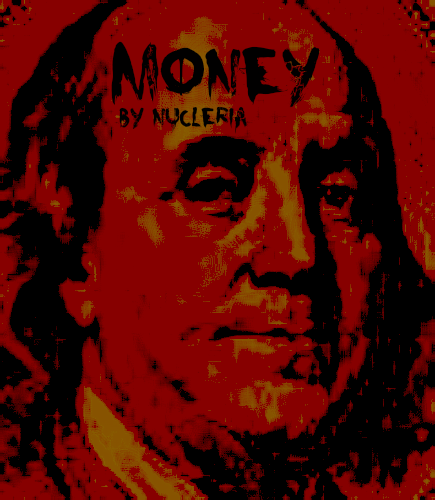 a prophetic revelation, especially concerning a cataclysm in which the forces of good permanently triumph over the forces of evil.

As Crossbow Inc. grew from a struggling startup to the biggest (known) incorporation in existence, you sat, controlling your company (and eventually the world) from your spinning office chair, in your skyscraping office building. You thought the buildup was hard, but the breakdown will be the real challenge. Crossbow produced most of the world's goods and practiced most of the world's services. You never thought it would end. But the "Rapture", the one that many of your former-employees believed in, has come. You thought you were a good person, maybe a bit greedy, but you thought you would make it. You were the richest person in the world. Maybe that's why, but there's no time for deep questions now. You have to prove yourself worthy.

If you die before you have proven yourself, then that might as well by the end. But if you can survive long enough to show whoever's up there that you're good enough, maybe he/she'll take you. But you're not alone. Humans, or what they've become, roam this world, hungry, dying, waiting. You've read about what happens after the "Rapture" (you were forced, of course). It doesn't sound good.

Now get going, you can't read your way to safety.

Adnje4 said:
Cool consept, I'll have my eyes one this.
Click to expand...

So, I'm a bit late to the game. Help would be nice to get this done by the deadline.Probably just forum suggestions though.
C

What happened to W.I.L.D?
Reactions: psp
B

I lost inspiration. Something I do way too much. I'm really into this one, though.
C

Ah okay, well good look with this one then!
B

Can't wait for screens
B

Yet another modpack, you seem to lose inspiration quickly it seems. Yet again though I ask to Beta test or help.
Love, Squid_kid510
A

Work with the other modpack is slow but we are getting there, hopefully we will get recognized though.
The Eclipse Project
B

astralbeast56 said:
Yet another modpack, you seem to lose inspiration quickly it seems. Yet again though I ask to Beta test or help.
Love, Squid_kid510
Click to expand...

I've already gotten a lot done. Things are coming along well. You can alpha test if you want.

Ok glad I could be of help

I've got some building done. Two floors of the office are almost done.