You are using an out of date browser. It may not display this or other websites correctly.
You should upgrade or use an alternative browser.
B

Here we go again! Bit a slow week in terms of news, eh? Rest assured, we’re all still running around hectically prepping new content for you guys. We’ve just got a lot of things running in the background that we can’t announce juuuuuust yet.

...Can I announce that? Does that count? Did I accidently just make an announcement by announcing that we’ve got secret future announcements? Uhhhh….

Assuming no critical bugs are found, these four packs will be pushed to recommended builds later next week.​
FUTURE PACKS


Couple updates on this front.​
First off, Trident has entered closed beta testing. Updates and initial test runs have gone smoothly and the pack is on schedule for a mid-April release. Be on the the lookout for more news over the coming weeks.

Secondly, we’re now working out the release schedule for our previously announced packs Departed and Relentless. We’re hoping for a steady stream of releases over the coming months.

Oh, and speaking of releases, we’ve got another pack announcement to make. A sequel to one of our surprise-hit packs has just recently been cleared for development. That’s right - Horizons2 - 1.7.10 is now in active development. Again, be on the lookout for more information in the coming weeks.​
And that's that! See you all next week!
Reactions: okbl0ck, Eruantien, tfox83 and 7 others
D

wow to many packs what ever will we play next
J

Dezil_nz said:
wow to many packs what ever will we play next
Click to expand...

I think they're trying to keep us all occupied with playing a thousand packs, while they take over the world.
Reactions: Pudding01
F

Wow, a new Horizons? That definitely sounds like something I want to check out.
Reactions: Padfoote, buggirlexpres and jedi13

I wonder why more new packs get created if there are still packs which could need an update like Resurrection and Dark Trilogy.

SirWilli said:
I wonder why more new packs get created if there are still packs which could need an update like Resurrection and Dark Trilogy.
Click to expand...

Resurrection is sort of frozen right now. Due to the overhaul of GregTech, we would need to remake the pack from the ground-up, and we don't have the time nor much of a reason to do so.

As for Dark Trilogy - I am now maintaining it. I'll have an update ready sometime in the next few weeks.
Reactions: Padfoote
N

Gideonseymour said:
As for Dark Trilogy - I am now maintaining it. I'll have an update ready sometime in the next few weeks.
Click to expand...

Yay! Excited for that for sure!
Ninja Edit: English grammar
Reactions: buggirlexpres and Padfoote
O

Yay, updates! We didn't think you guys were dead and throw a party or anything...

The news updates will be much appreciated Big Bad. Thank you.
B

How about an update when Material Energy ^4 and packs that are popular like that showing up on this new state-of-the-art launcher. Come on, ya'll put packs that were created by FTB years ago on there lol.
T

I'm excited, damn this is the new shit. All the packs have cool names and the trident trailer was badass. Horizons 2 will be amazing, hope electrical age and rotarycraft will be in the pack.
P

Allrigth that works for me! 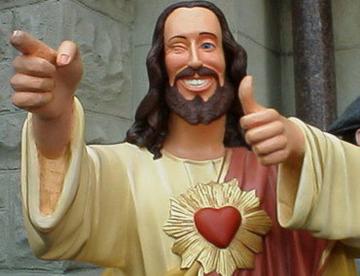 So many Modpacks, I don't even know what to say!

Good to know and good that TPPI 2 is now public.
T

THEminer72 said:
Where can I get a DL?
Click to expand...