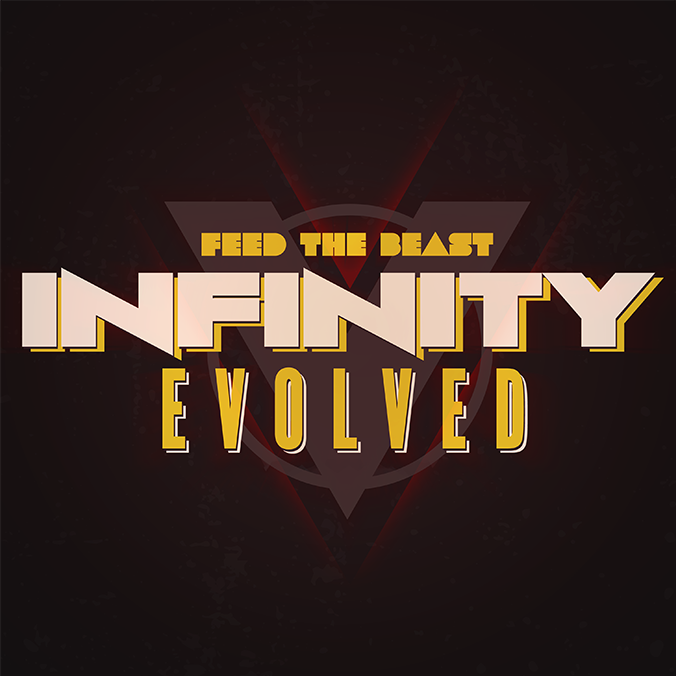 What is FTB Infinity Evolved?


FTB Infinity Evolved is our first evolution of bringing a whole new way of playing our mod packs. Your normal FTB Infinity worlds will remain exactly how they are now, however a simple command entered by you on a single player world or your admin on a multi-player server will introduce a huge change to the recipes of the various items. Our goal here is to create a pack that will extend your gameplay without introducing massive amounts of grind.

How do we do this?


We have taken a long hard look at the items that all the mods introduce to FTB Infinity and look at their relative strengths. In the tech tree, we have locked the most powerful items (Like Applied Energistics sorting systems) behind gates unlocked by progressing through other mods. On top of this, we have changed up the recipes of a lot of your favorite items by bringing in ingredients from other mods. For example the Basic Machine Frame needed for most Thermal Expansion machines requires parts built with Tinkers Construct, Forestry, Buildcraft, and Railcraft. 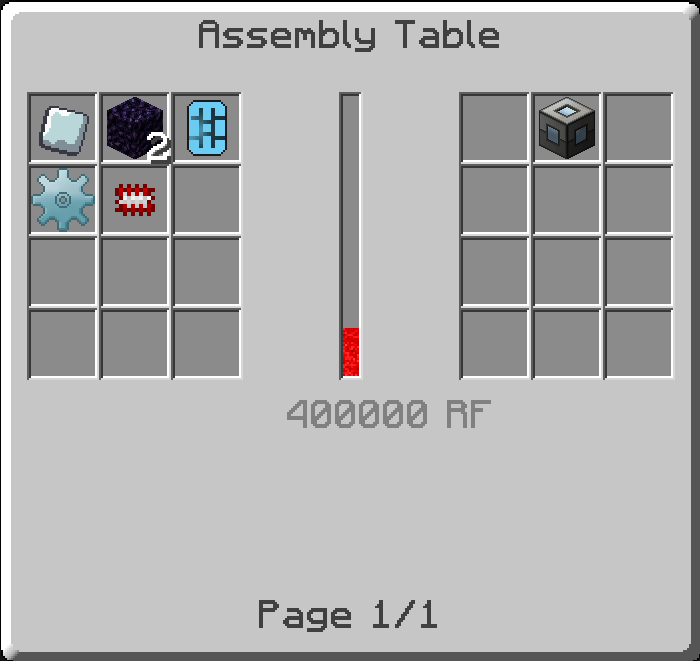 So our goal here is not to force you to grind, it is more to encourage people to build more infrastructure just like the FTB Maps of old.

So lots of more complex recipes, is that it?


No! On top of this we are introducing 2 new custom made mods into FTB Infinity, FTB Tweaks and FTB Utilities. 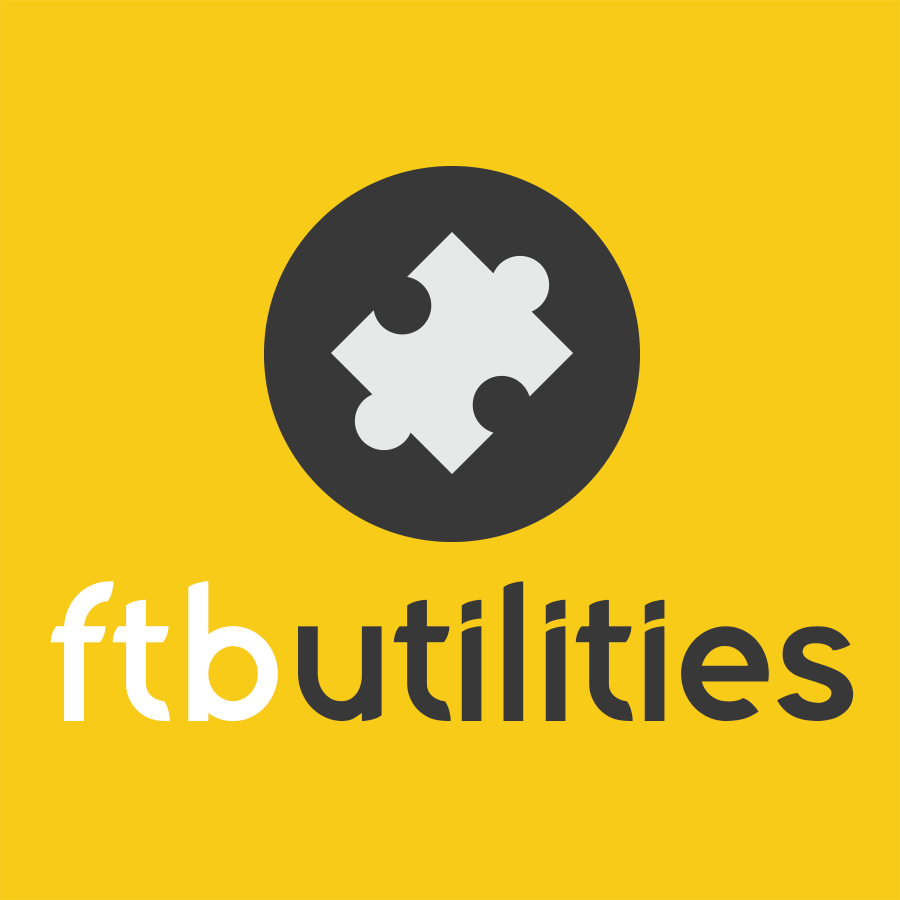 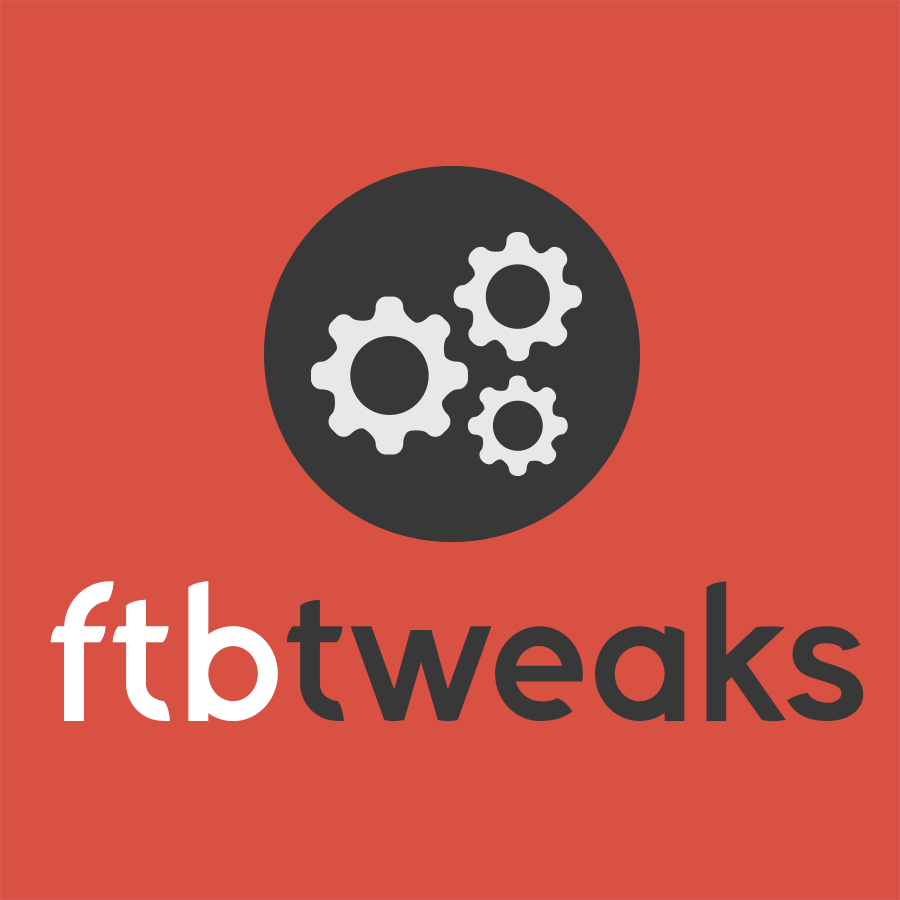 FTB Tweaks is a very simple mod that introduces the concept of game modes. This allows you to set up multiple minetweaker profiles and switch between them on the fly, giving the ability to switch game modes without a server restart.

FTB Utilities adds a ton of new awesome features, all nested within a easy to use in game GUI.


To summarise, this pack isn’t just about forcing people to use Industrial Craft 2 or give people a long grindy style mod pack. Our goal is more to add a new dimension to the gameplay of not just FTB Infinity, but also other mod packs in the future. We also want to be able to help provide everyone these tools to do the same thing to all of your awesome mod packs.

We are all very excited about the new Hard mode in Infinity and we can't wait for you to all get a chance to take a proper look at it. Long term, we are already making plans to expand on these idea even further so we can continue to bring the community fantastic mod packs in 2016 and onwards.
Reactions: MigukNamja, sealedinterface, Leginaru and 17 others

Sounds cool! What if we had a server, where every 30 minutes, there would be one minute where Evolved becomes regular Infinity? That'd be awesome.
T

Exactly what I hoped would happen at some point - this will be incredible!
L

FTB Utilities is certainly a mod which will mostly likely replace a few of other ones. No need for kit, permissions, world border or server managment mods anymore. Great work there, you guys are amazing.
Reactions: guiguilyon, erindalc and LatvianModder

FTB Tweaks and Utilities looks amazing. Hope to see more good use of those.

Infinity Evolved/Hard Mode... Not at all what I had hoped for Had hoped for a pack that added crossmod compatibility and balanced them in difficulty/gain(made stuff harder as well in form of more "grinding" yes), but left the choice of which mods to use when up to me. Especially afraid of it forcing me into mods that I would normally have disabled. And likewise pondering how on earth I would add mods without ruining the pack...
But more investigation is required.

That's actually exactly the point of the pack. To force you into mods you wouldn't otherwise use. It plays just like a kitchen sink pack, you can set up your treefarms and machines just like normal, but if you want the more powerful options you have to progress through the lower tiers first. Yes IC2 crafting is annoying, sure building a tree farm with steve's carts is more annoying than just plopping down a MFR one, but when the easier ones aren't an option until later, you tend to get more imaginative.

It's made a huge difference for my playthrough. I've got 4 other people playing with me on the FTB one server and we've been at it for about 3 weeks now. Normally we'd be at end game by now, but we've still got a ways to go. And it doesn't feel grindy at all, there's just so many different things we need to build.
Reactions: kulflame

Watchful11 said:
That's actually exactly the point of the pack. To force you into mods you wouldn't otherwise use.
Click to expand...

But I guess this pack is not meant for someone like me who can choose to do something just because I like it, or choose to do all the solutions/play all the mods in parallel(on the same world for more than a years). Seems more like an education attempt/raised finger for those who play the game like there is something to "beat" and they must exploit and choose the OP solutions to propel them self "through the game" in 4 hours
Reactions: DaveJ, mattp_12, PierceSG and 1 other person
S

It isn't that this pack isn't meant for a player like you, its more that this version of the pack may not be for you. Our primary goal here is to extend the lifespan of this particular pack, when doing this you can approach it through several different methods. First is to add content, load up the pack with more mods, but that isn't really what we want to do. It is not good for server stability and it doesn't really change anything anyways as players will still stick to their go to mods. We could add grind by increasing the material cost of the most popular items but again this isn't something that we as a team want to do. The other option is to gate advanced tech behind lower tech, ie add progression. This is the route we have decided to go down for this first iteration. If you want to play these mods without the progression, that's cool. The Hard mode is not the default mode, you choose to play it and if you don't like it, just change it back no problems.

What we may be able to do is create true integration and give each item several different recipes taken from a variety of mods giving you the chance to choose what recipe you want to use. However that is a massive undertaking and maybe something for the future. Right now we are still at the earliest stage of this new style and want to make sure we get the basics right before moving onwards.
Reactions: Bull_Boy, Museli, DoomSquirter and 6 others
J

I am glad you guys added this. Back in 1.6.4 our only option for something vaguely similar to this was Gregtech. My gregtech server was, by far, my most popular and longest lifespan server. I can't wait to see how much people love this pack-and they will- and see how long the lifespan of the server will be. My close knit Minecraft friends and I can not wait for 10/30 12pm PST.

Thanks to you guys for putting this together.
L

I have one more suggestion for FTB Utilities, add block banning system if possible, that would be a cool thing.

if it's already there, then...

so question: when this updates will normal infinity still be supported?
Reactions: maxtrax
F

i wonder how the guide will work but theses two mods are going to be really cool.

dragon_fang101 said:
so question: when this updates will normal infinity still be supported?
Click to expand...

According to the first paragraph in the first post of this thread "Infinity Evolved" is a mode enabled by the user in Single player or the Admin on a Server... Sounds to me like this will become the new and sole "Infinity" release. I just hope there's a corresponding command to revert to "plain" Infinity, just in case.


Feed the Beast said:
What is FTB Infinity Evolved?


FTB Infinity Evolved is our first evolution of bringing a whole new way of playing our mod packs. Your normal FTB Infinity worlds will remain exactly how they are now, however a simple command entered by you on a single player world or your admin on a multi-player server will introduce a huge change to the recipes of the various items. Our goal here is to create a pack that will extend your gameplay without introducing massive amounts of grind.
Click to expand...

With regards to the mode. The default remains the current Infinity recipe set, if you want to use the new recipe set you have to activate this using an in game command. Admins can change the recipe set thats being used at any time without needing a restart. If you continue to play infinity the way it is currently, the only difference you will see is the features that are added by FTB Utilities.
Reactions: dragon_fang101

Cant wait for a modpack with a quest system that uses FTB Tweeks in order to have multiple seasons where there are some actions that can only happen when the season is right.

This looks similar in some ways to The Dark Trilogy third party pack by Gideon. Will there be this type of progression in magic mods as well? How many of the mods will be integrated with the progression vs mods that will not be?

Flying Shoe ILR said:
This looks similar in some ways to The Dark Trilogy third party pack by Gideon. Will there be this type of progression in magic mods as well? How many of the mods will be integrated with the progression vs mods that will not be?
Click to expand...

The goal is to integrate all of them
F

Gideonseymour said:
The goal is to integrate all of them
Click to expand...

Although we haven't seen the release yet, this has the potential to be the best pack release ever by FTB if the implementation is good. I used to make this kind of "hard mode" manually with previous FTB pack releases, spending weeks tuning configs and writing Minetweaker recipes for my small server. I am so glad FTB has put together an official one. It makes sense, as over time the player base grows out of standard difficulty packs, which haven't changed a great deal over the last two years. The "shape" of kitchen sink packs is naturally far too "horizontal" - this brings some depth back.