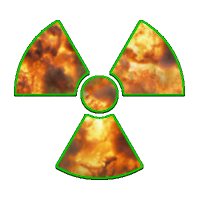 STORY:
The earth was unable to support the exponentially growing population of humans. Wars began to break out between the small nation states over the dwindling food and water supplies. Once the energy crisis hit, the super powers join the fray. No on will remember who launch the first nuke but when it happened, the rest of the super powers pushed the button as well. This would have been the end of the human race if not for a group of enlightened scientist from around the globe that had formed the re-genesis project. Foreseeing the end, they launched dozens of rockets that were loaded with advanced technology capable of returning life to the plant. Ten thousand years later one of those rockets returns.....

Can you survive the hostile environment, hold back the mutants creatures that inhabit the planet now, and strip enough resources from the barren landscape to rebuild civilization?

Information:
This was a Jam Packed 2 entry.

This pack is content compete but there may still be some bugs and balance issues to work out. Please report any issues you encounter in this thread.

In versions prior to 0.2.0 it is important that you disable structure generation when creating a new world. As of version 0.2.0 this is now handled by mods. This means that worlds created before 0.2.0 will not generate the appropriate structures in newly generated terrain unless you use NTBexployer to turn the structure gen back on.

Fastcraft is bundled with this pack, so when reporting bugs directly to mod authors be sure to mention that fastcraft is enabled.


Version 1.0.1
==============
Enabled the genetics machines from Binnie's Mods to be able to manipulate flowers and butterflies
Moved the Crash Site POI to the active folder
Fixed the Exotic Bees Quest to accept the correct mutagen


Version 1.0.0
==============
Enabled netherwart and wheat to be planted normally so bees that need them as flowers can work
Increased base power needed to use magma crucible (only way I could find to disable power loop)
Re-enabled the MRF enchanting system
Re-enabled the Mekanism metallurgic infuser (have not found a way to disable the default recipe)
Added quest to get Ender and Monastic bees
Changed quest text to clarify exactly what spawners need to be turned in for exploration quests
Changed Launch Code quest to ignore NBT data to make it completable
Renamed a few quartz items to get rid of the nether in the name
Added Red Sand to Minechem decomposer and synthesizer
Added more reward options to Civilization quest


Version 0.2.5
==============
This is a hotfix for the issues with NEI not showing forestry recipes
Mods reverted to previous version-
-CodeChickenCore
-NEIIntegration
-NotEnoughItems
-neiaddons


Version 0.2.1
==============
Primarily a quick fix for the safe being locked in spawn structure
Increased RF transfer rate of dimensional transceiver and decreased loss


Version 0.1.1
==============
Various typo fixes
Fixed Eyes that don't cry quest to ignore NBT for detection
Changed Municipal water quest to turn in rather than detection to avoid possible bad quest interaction
Fixed all animal quests to be repeatable
Disabled Pam's Market block recipe
Added many new quests
Turned earthquakes back off again
Added cross breed recipes for a few pam's seed that were missing them
Changed most of the better records recipes
Added recipes for all Pam's tree based fruits and nuts (happy to take suggestions for better recipes)


Version 0.0.1b
==============
Removed wood bits from mine shafts
Fixed bug where summon wand would not be removed when used on gold block
Reduced spawn rate of Pigmen, Ghasts, and Blaze
Increased chance that creepers spawned in thunderstorm will be charged
Reduced chance of Pigmen spawning already mad
Added quest line for Agricraft irrigation
Removed Pumpkins from spawning in world.
Added more quest to basic tech tree
Gated EIO and ET machines behind the TE machine frame
More tweaks to Minechem decomp recipes
Added script for tech recipe tweaks
Added ore dictionary entry for wrenches
Fixed the civilization quest to require stone bricks instead of monster eggs and made repeatable
Added repeatable quests to get lives from monster killing and protein turn in
Added additional text to Building blocks of life quest noting the need to put algae on shallow water
Increased the starting building materials to full stack and added chiselled torches
Added stack of building materials to reward options for Crash and burn
Reduced nerfs from hunger overhaul for tree and crop growth
Disabled earthquakes
Many other quests added or changed

Known Issues:
With the introduction of Pigmen Villages a world generation lag issue also got introduced due to the fact each village is generated using Recurrent Complex's maze generation and they are quite common in the landscape. It's the price to pay for having a more interesting world gen.
Unable to disable easier recipe from Mekanism metallurgic infuser, guess it's up to the player to decide if they want to go easy or hard.
Various grammar and word jumble issues in the quest text, feel free to point them out so I can remember to fix them in an update.
Sometime it will be nearly impossible to reach the Pod from where you spawned, if that happens best to just try a new seed.

Decent seeds for latest version?
A

I have a text file with a long list of seeds I tried. Unfortunately, I don't recall the details of lots of them but I did generally categorize them as playable vs comedically hard:

I found a really weird glitched seed that placed the second shuttle crash about 200m south of the initial crash site:
DieHarder

alyandon said:
I have a text file with a long list of seeds I tried.
Click to expand...

I stopped trying to use specific seeds after I posted the above. Since I wasn't smart enough to keep a list I began to suspect I was using some of the same ones over again. I ended up taking the very next seed and finding a cliff face next to a shallow pond/lake in a forest-type biome. I used the technical blocks to build a shelter and dug into the cliff after I got a steel pick.

On a semi-related note, have you discovered any blocks that are not effected by gravity? Or at least not effected as much. It is getting a little difficult to build when the blocks have gone past real world physics in the opposite direction from vanilla Minecraft.
A

Sounds like you are off to a decent start then.

Unfortunately, environmine's physics affects all blocks except for a few like glowstone. The most infuriating part is that if a block (like a thermal expansion conduit) contains any glass at all it will be destroyed when it breaks. I was really close to disabling environmine physics in the configs to restore some of my sanity.

If you are trying to construct buildings/bridges you'll need to take some inspiration from real world buildings which means you need support columns and it really helps to use sloped carpenter's blocks. If you check out some of the let's play videos on youtube for this modpack you'll get some good ideas about how to build something without it falling down on your head. A good rule of thumb is that you can't build out more than 2 blocks without the next block being supported by something.

Have discovered through experimentation that a surface 2 blocks thick is self supporting.

Now working on silverfish killing without exposing myself to their nastiness. Maybe surrounding them with barbed wire and with an obsidian floor and roof.
A

pndragon65 said:
Have discovered through experimentation that a surface 2 blocks thick is self supporting.

Now working on silverfish killing without exposing myself to their nastiness. Maybe surrounding them with barbed wire and with an obsidian floor and roof.
Click to expand...

2 layers thick does help but it isn't 100% stable depending on the blocks used. I wouldn't work too hard trying to clear out entire areas of silverfish as the end result was my underground base looking like I had dug it out randomly instead of having an actual base layout in mind. If I had to do it over again I'd just given up and built above ground. Regardless, the automated turrets you can build help a lot with making sure they can't do too much damage when the armored ones summon the hordes.
P

My sanity keeps dropping like a rock no matter how many saplings I am carrying. Suggestions?
S

pndragon65 said:
My sanity keeps dropping like a rock no matter how many saplings I am carrying. Suggestions?
Click to expand...

Based on my experience, if your sanity is dropping like a rock that usually means there is something in your field of vision that drains sanity quickly (skulls placed in the world will do this), you are fighting lots of mobs and taking damage or you are carrying something in your hotbar that is draining your sanity (soul sand, skulls, grave stone, etc).

Although I never tried using saplings I assumed they have to be planted in dirt and in your field of vision to work?
P

I don't know if it is a bug or not but the synthesizer recipe for sunflowers is the same as the one for dandelions. Will sunflowers work as well as dandelions?

alyandon said:
Although I never tried using saplings I assumed they have to be planted in dirt and in your field of vision to work?
Click to expand...

Planting the saplings makes the air at the bottom of the mine breathable.

alyandon said:
if your sanity is dropping like a rock that usually means there is something in your field of vision that drains sanity quickly (skulls placed in the world will do this), you are fighting lots of mobs and taking damage or you are carrying something in your hotbar that is draining your sanity (soul sand, skulls, grave stone, etc).
Click to expand...

I fill my hotbar completely before starting to mine so that I don't have to worry about the nasty things effecting me. Out of curiosity, how do you mine if you can't look at what you are mining?
You must log in or register to reply here.
Share:
Facebook Twitter Reddit Pinterest Tumblr WhatsApp Email Share Link
Top Bottom