You are using an out of date browser. It may not display this or other websites correctly.
You should upgrade or use an alternative browser.
J

Do you like Bees? Do you want to learn how to mess around with Bees? Or are you looking for something different? This is the modpack for you:

Get it on FTB Launcher
The modpack is LISTED
(you no longer need the code BeeHappy to get it)​
Delgar3 (Let's Play) and HaighyorkieChilled (Modpack Spotlight)​
It's a full pack focus on Bees! 205 quests that are going to make you work hard, but the rewards are good! It's a unusual modpack because it's only focus on one thing! You can use Gendustry (and I advice) to get the next tier of the Bees! A lot of mods are added just for you mess around, but the main focus is really getting all the resources from them!

This modpack was intended to be a very different from the others by focus only in one thing and be a skyblock! I hope you like it and I will make some progresses in the future! 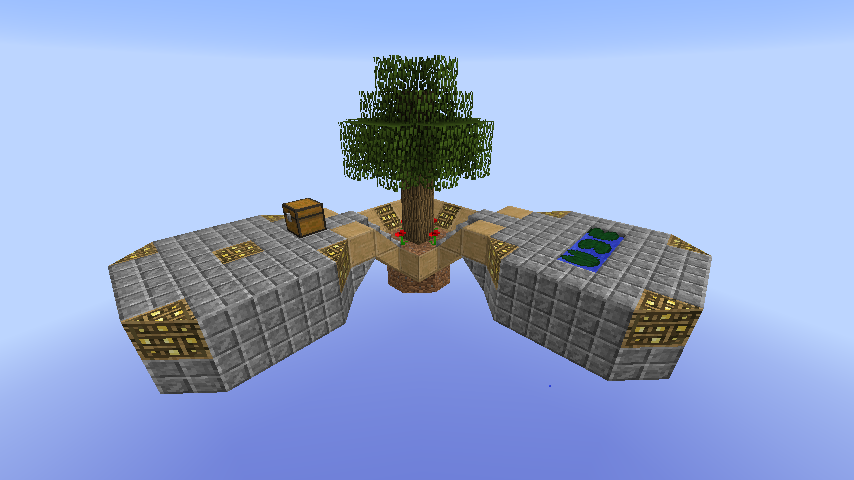 In the screenshots below, you can check out some quests! They are not all there, and even some of them are now changed! Most of them are because of the suggestions that I have here, in the Forum


The Basics
These are the basics quests! You will get a bunch of things from here! Your first apiary, machinary, conduits and, of course, Bees! 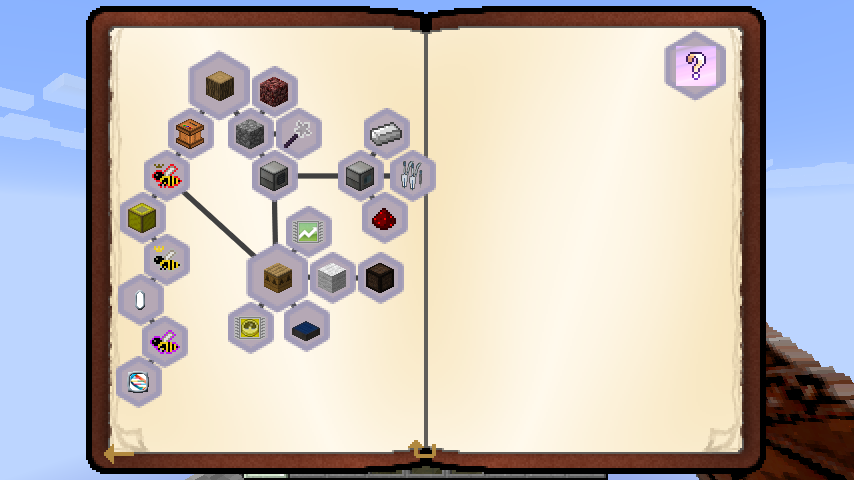 Machinery
Here you can make all the metals Bees and some machines! From Applied Energistics to Big Reactors! You will have a lot of work to do... But don't worry, Bees will take care of that for you! 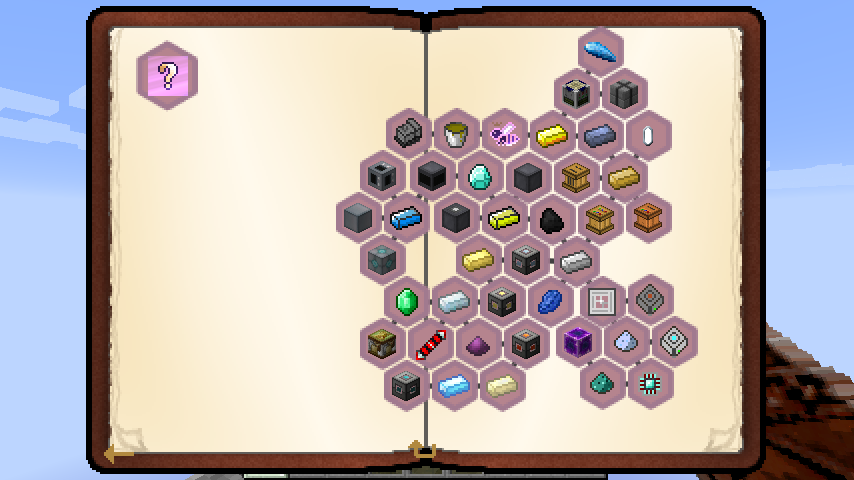 Some Magic
A self-explaining quest... Magic! Botania and Thaumcraft merge together in one quest set! Imagine this, you can use Bees to produce Mana! That's super interesting, why don't why see by yourself? 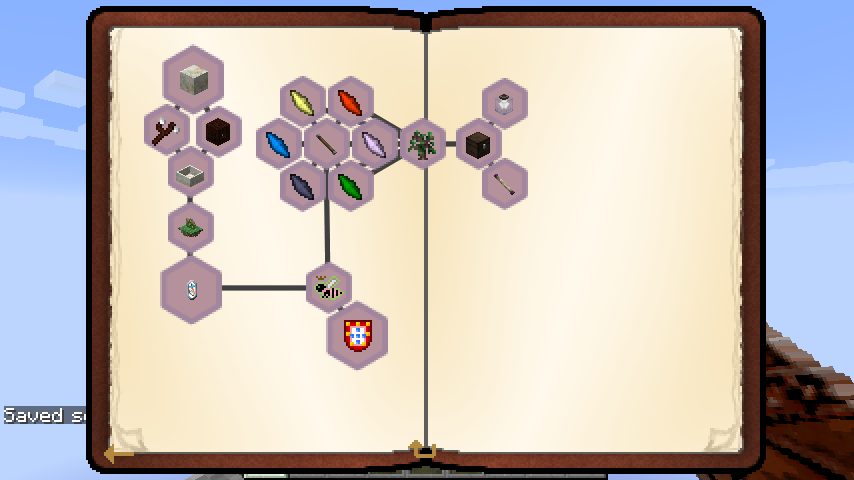 Note: this modpack uses Binnie Patcher, by @Chocohead. Without it, I couldn't update Forestry and Forestry related mods! Thank you


I want to thank nicolbw for making a Let's Play She started with the version 1.0.0, but with this newer version, the 2.0.0, she started again!
Episode 3 (english)

PowerDragon also made a series! This is the previous version (still in 1.0.0)! Thank you
Episode 1 (english)

RJAGgaming also is making a Let's Play with BeeHappy! But... É em português! It's in Portuguese! Yey ^^ Obrigado!
Episode 1 (portuguese)

Extra Tips and Tricks by @rivvest

- You can get a bed by the second night if you focus on getting wood, cobblestone and gravel.
- Obsidian makes a great hatchet head. Not only does it chop quickly, it tears right through leaves.
- In Chapter 1, wait until you've completed the main quest line and "Powering" before before starting the "Basics of Bees" quests. This will save you precious time and power.
- If you find yourself out of mutagen and materials to produce it, you can always grab some glowstone from the Nether. ..And it might be time to focus on glowstone or redstone-producing bees.
- Pumpkins give 4 seeds each in a crafting grid. This is an easy way to get tons of seed oil for impregnanted casings.
- Spending a lot of time waiting for combs to produce for quests? Expand your platform or breed better wheat and pumpkins using Agricraft!
- Use the Solar Panel V and redstone flux ducts to power your Gendustry machines, they provide more power throughput so you don't have to wait for them to charge up.
- If you hate chopping wood, get the Forestry multifarm up and running as soon as you can. Wood is probably the most used resource in this pack between chests, barrels, apiaries, alvearies, and frames.
- Use the sawmill. It provides 150% planks and the sawdust can be used to make charcoal or paper.
- The basic apiary only gives 10% production.. however, the magic apiary gives 90% production, even with no magic! Add a few frames and some ducts to setup an efficient, automated system that requires no power or intervention.
- Don't expect to get by with a single centrifuge, squeezer, and carpenter.
- Unusual and Mystical bees have "slowest" production. Upgrade them to Eldritch (it's a "slower" worker.. but at least better!) as soon as you can to speed along the quests that need Mundane combs.
- The resource bees quests offer little in the way of rewards (just more of the same bee..), focus on them as you need the resource, but do not make them a priority.
- After you've imprinted the bovine bees, throw the template into a furnace to wipe it clean so you can start applying and imprinting your own genes!
- Cuprum and Stannum bees are horrible producers, but provide some of the most important materials and a good early reward. Make a lot of them and quickly imprint them with better production genes. They are the gateway to all forestry machines!
- You can also breed the Stannum and Cuprum bees to make a Bronzed bee, which is more efficient than combining tin and copper ingots.
- The colored honey quests may seem pointless if you don't plan on dying things, however, the rewards are incredible.. and there's some nice bonuses for completing them all.
- The quests that offer a choice of 8 production upgrades are the most resource-efficient reward to take, costing a total of 64 bronze to craft yourself.
- There is no need to rush the Botania quests - you will need stacks and stacks of drones for mana production. Apply fertility x4 and shortest lifespan genes to all of your bees to maximize this.
- Don't try to make Botanic drones in a mana pool next to your Beegonias.. you will regret it.
- Check the production percentage of your bee products. Since the basic bees are available in the Store, there is no need to save a princess. It is often lucrative to upgrade them to a better bee in their line.
- Princess and drone are swappable when breeding - If NEI says Industrious princess and Forest drone, you can use a Forest princess and an Industrious drone. Use this to your advantage and choose the cheaper bee as the princess.
- Since all of your bees are Pristine stock, no need to worry about the Imprinter killing them!
- Some bees have good effects.. you might want to keep Effect: None on a separate template from your main one.
- Don't have a Beealyzer yet and want to know the default stats of a bee? Find it in NEI and hold shift.
- Want to know what bees carry a certain gene by default? Search the trait in NEI and look at the recipes for that gene sample.
Some more BeeHappy videos:
Mr_LoGaN_ - in PT-BR

I was just deciding what to do today. -snags pack-

Erm, where is the pack itself? I see configs and a map?
J

You need to use CurseLauncher to do download of the pack...
L

This looks ridiculously good, if only you had entered this a few weeks ago during Jampacked II, it would have gotten so popular so quickly.
Reactions: jtmnf
J

Thanks During Jampacked II I had no time to do whatever things I wanted to make... Now that I'm almost in vacations, I spent some time doing this and I hope that I can put people messing around with bees and also integrate it with other mods

Like I said, I want Thaumcraft resources to be made with bees, but for now they are not yet made!
S

Looking good! I am trying it and it looks awesome. Btw, the quest book is in editing mode
J

Thanks for the warning Sedesin! I already updated to a new version! My bad when saving the configs...

Thanks you
Reactions: Sedesin
Z

Gotcha. I don't have curse voice on my mac, so I'll just wait it out. Hope it is fun!

Edit: Might want to mention the pack is on cursevoice only.
Reactions: jtmnf
J

ZephyrWindSpirit said:
Gotcha. I don't have curse voice on my mac, so I'll just wait it out. Hope it is fun!

Yes, I'll add it too the description
S

Welcome chest > Invalid item in the rewards
Cobble Trouble > Craffting task? Isn't that meant to be a detection task?
J

Cobble Trouble is meant to be a Craffting Task because I want you to start laying down some dirt and plant some wheat... I might change that because I don't give neither bone meal or watering can... I'm going to put a note on that quest...

About the welcome chest... I don't get any invalid item? Can you post a screenshot? I get the 4 tables + 1 furnace or 8 toast?
S

oh allright. Yeah, you should give some bonemeal or a watering can (watering can would be the best ).
The invalid item seems to be the 8 toast:

That's very awkward... I have some friends that are testing it and never had that problem... Can you reinstall the pack? Maybe Pam's Harvestcraft couldn't be loaded properly...
S

yep, some problem with pam's harvestcraft. Reinstalled and it's all good now
Reactions: jtmnf
J

Nice Also, I already uploaded a new Version that adds the watering can in the first quest! Plus, in the previous versions was always day time... I changed that now!
Reactions: Sedesin
S

In the curse launcher, when I click Install it doesn't install the newest version (it installs 1.0.1). Also, after installing V3, it says to "update", but actually installs a older version. Don't know if that's a bug of yours or of curse.
J

I think that happens because the version is still coming out... Maybe a few more minutes and everything is going to be correct
P