Mod Feedback [0.3.0]Magitek - And now, to destroy everything

You are using an out of date browser. It may not display this or other websites correctly.
You should upgrade or use an alternative browser.
P

I'm sorry ladies and gentlemen, but this whole mod will now be put on hold because of @Succubism gave me some really cool ideas. So for the next eternity or so I'll be completely reworking the mod. (Blame @Succubism some more for doing this to me).
S

Democretes said:
I'm sorry ladies and gentlemen, but this whole mod will now be put on hold because of @Succubism gave me some really cool ideas. So for the next eternity or so I'll be completely reworking the mod. (Blame @Succubism some more for doing this to me).
Click to expand...

Great you just made Demo not release all the things to us....

pc_assassin said:
Great you just made Demo not release all the things to us....
Click to expand...

I might release what I have when it's done (shouldn't take much longer) and then proceed on the long rework.
Reactions: pc_assassin
S

Great you just made Demo not release all the things to us....
Click to expand...

Magitek 0.3 is out. Get it here.
I feel like I did something else, but it doesnt matter much. Everything will be reworked soonTM.
Edit: Quick note, if you guys have any questions on how anything works, just ask and I'll explain it as best I can.
Last edited: Feb 17, 2015
Reactions: SynfulChaot and pc_assassin
D

An update on what's to come.
Disclaimer: No textures are final, they all look awful. Deal with it.
I'm currently working on a new power system. There's still a few bugs left in it, but it does indeed work. Allow me to elaborate. 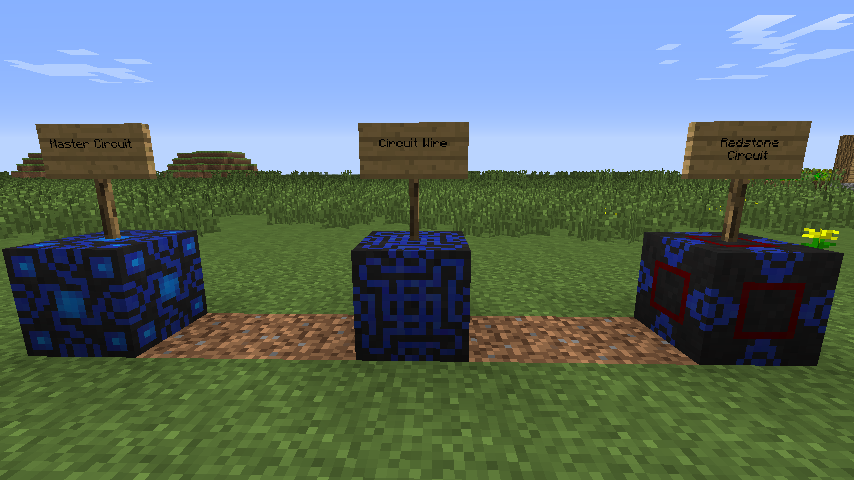 There are (currently) three types of blocks to make a circuit, the Master Circuit, Circuit Wire, and Redstone Circuits. Circuit Wire is, you guessed it, just like any old wire. It conducts macht and transfers it from generator->master circuit->machine. Master circuits are a bit different. They are the "hub" for all macht(energy) on the circuit network. All macht in a circuit will go to the master circuit, then be pulled into the machine through circuit wires. Master circuits are the only way to store macht on any network, unfortuantely, you can only have one master circuit per network. There is a workaround of sorts for this using Redstone Circuits. Redstone circuits are exactly like Circuit Wires except for the fact that they disconnect from the network when powered by redstone.

This is a basic circuit using a Master Circuit and circuit wire. Macht will be shared through the network and to any machines touching the network.

This is an example of a "shorted" circuit. When there are multiple Master Circuits on a network, the wires will "short" the Master Circuits, causing them to stop receiving or sending energy to the network. 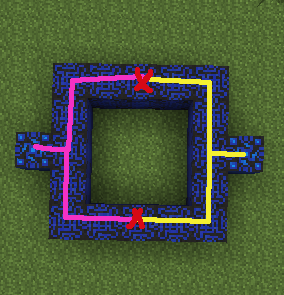 This can be easily avoided using redstone wires. As shown, there are two Master circuits on the network, but since one of them has an activated Redstone Circuit cutting it off, it allows the other Master Circuit to connect to the network without being shorted. 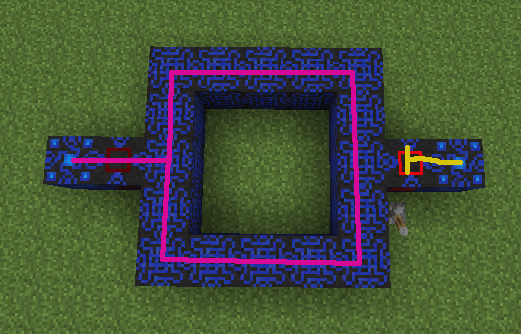 You can easily use comparators along with redstone circuits to create a circuit that will never cause a short, and will switch between different Master Circuits to get expend their energy. 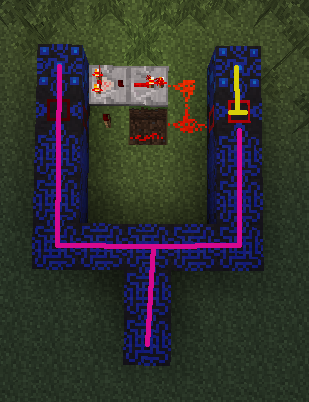 As usual, any feedback is appreciated!

Did I mention research?

This mod isn't dead, is it? If not, you should work on documentation.
M

Svangen said:
This mod isn't dead, is it? If not, you should work on documentation.
Click to expand...

It'still definitel not dead. The problem with documentation js that he's completely rewriting the mod from the ground up and it's going to be pretty much a whole new mod when it is released. Not really worth it to write a book that won't be used, I think.
N